The Coptic Museum is a museum in Coptic Cairo, with the largest collection of Egyptian Christian artifacts in the world. The museum traces the history of Egypt from its beginnings to the present day. It contains the world's largest collection of Coptic artifacts and artwork. Coptic monuments display a rich mixture of Egyptian, Greek, Roman, Byzantine and Ottoman traditions, linking ancient and Islamic Egypt.

Resume driving to the Historical Churches:

1- The Hanging Church is named for its location above a gatehouse of Babylon Fortress, the Roman fortress in Coptic Cairo. The church is the site of several reported Marian apparitions. She is said to have appeared in a dream to Pope Abraham in the 970s in the story of how the Mokattam Mountain was moved by the faith of Simon the Tanner.

2- Abu- Seifein Church: the Archangel Michael appeared to Mercurius holding a shining sword. The saint took the sword from the archangel, hence the name Abu-Seifein - "the holder of two swords": a military sword and a divine sword.

3- Abu Serga Church, The church is dedicated to Sergius and Bacchus, who were soldier-saints martyred during the 4th century in Syria by the Roman Emperor Maximian. The most interesting feature is the crypt where Mary, Joseph and the infant Jesus are said to have rested. The crypt is 10 meters deep and, when Nile levels are high, is often flooded. 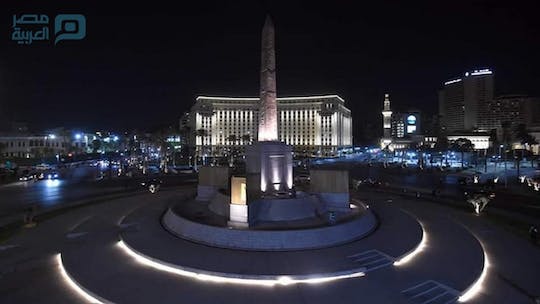 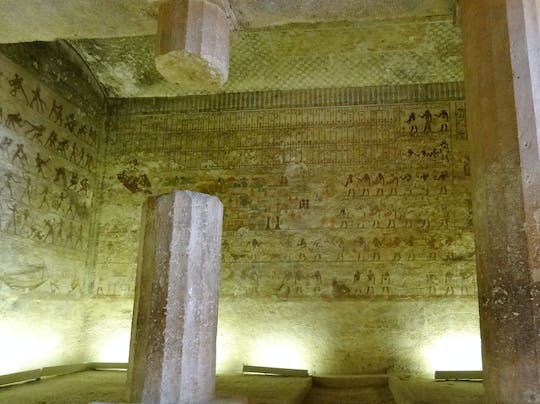 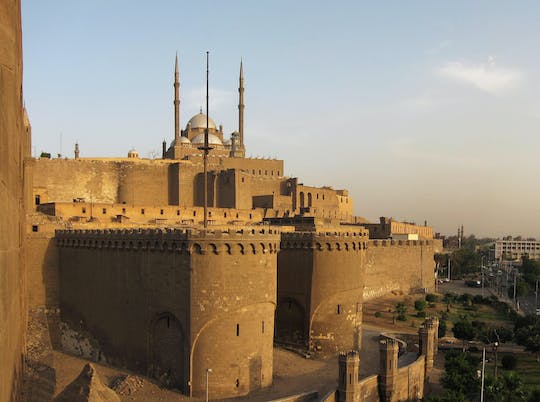