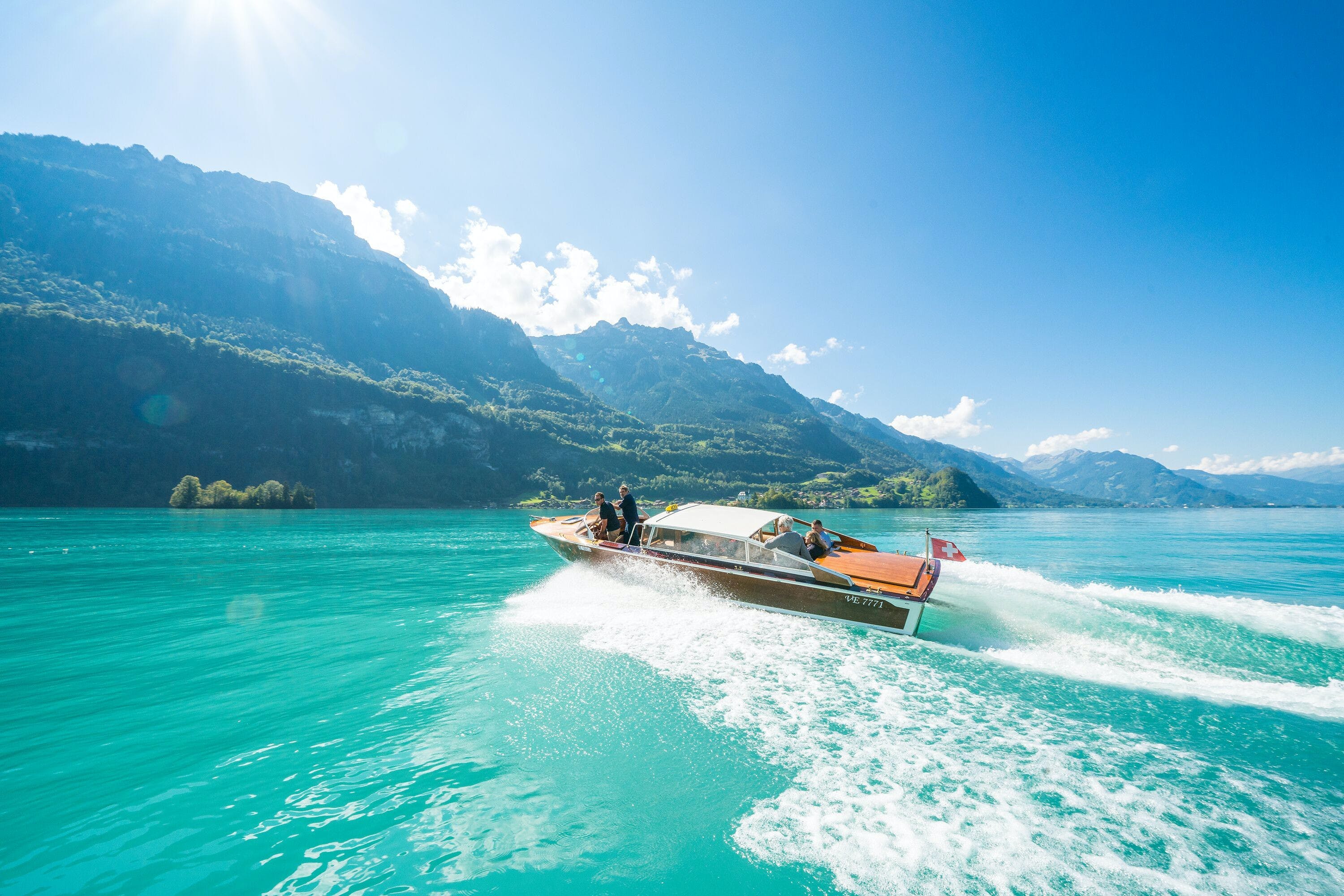 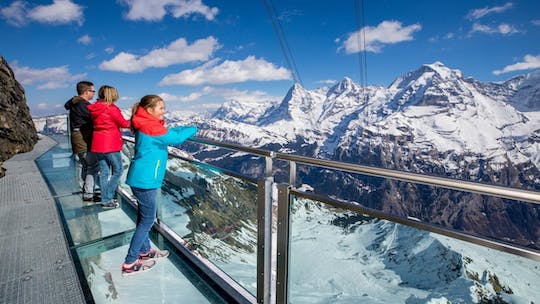 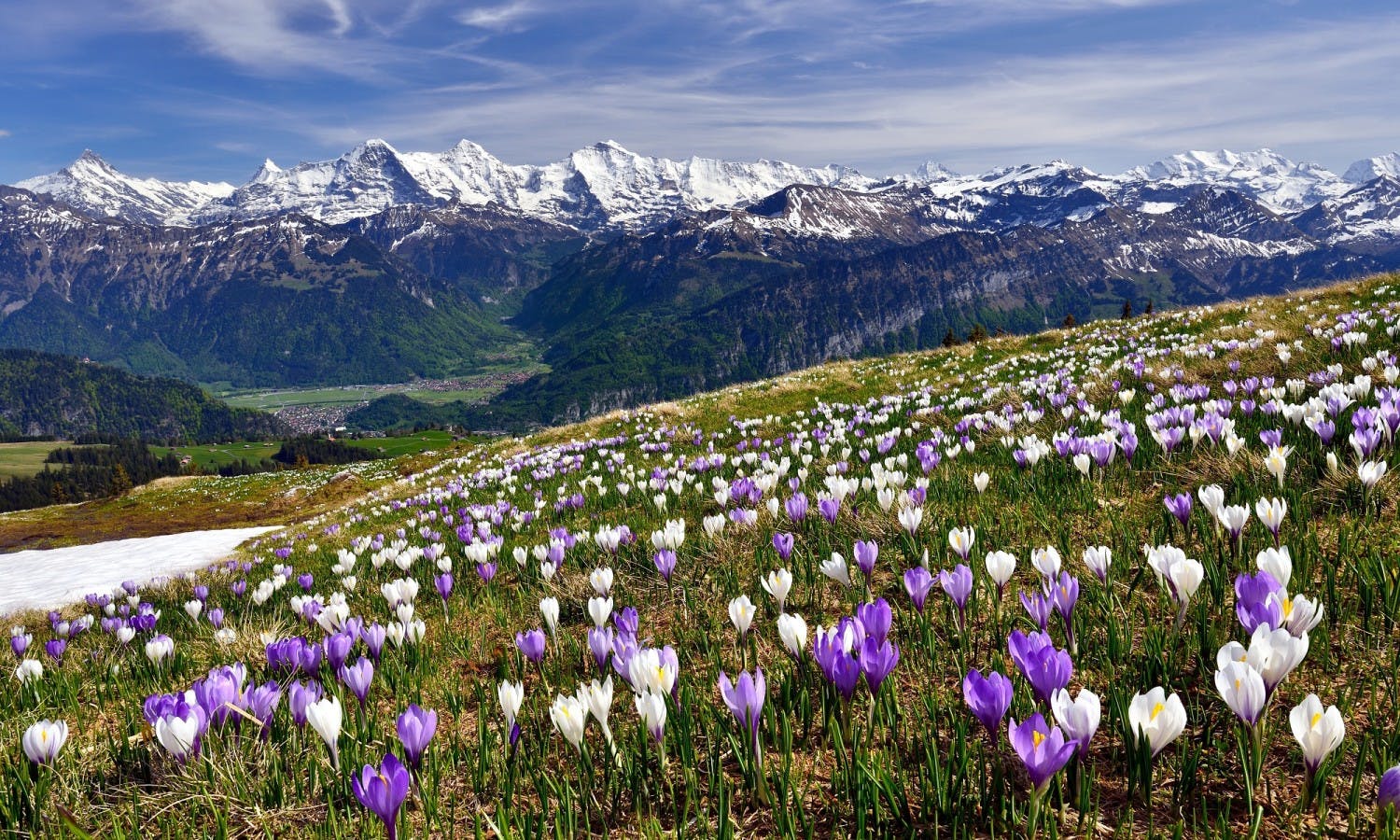 The turquoise Lake Brienz is a lake of the Alps, in the canton of Berne in Switzerland at 564 metres (1,850 ft) above the sea-level. It is fed, among others, by the upper reaches of the Aare at its eastern end, the Giessbach at its southern shore.

The village of Brienz, from which the lake takes its name, lies on its eastern end, whereas the city of Interlaken lies on the west on a tongue of land that separates it from neighboring Lake Thun.

There has been a regular boat service on Lake Brienz since 1839. Today, the fleet numbers five boats, including the splendidly renovated steamer the "Lötschberg", built in 1914. Especially in summer, there are a number of special excursions in addition to the regular service, particularly popular with visitors from abroad who wand to try all the Swiss culinary specialties.

The regular boat service links all the little places around the lake on its route from the chic resort of Interlaken on the western side to the idyllic little town of Brienz in the east. From Brienz, the oldest steam rack railway in Switzerland, the Brienz-Rothorn Railway, takes you up to the Brienzer Rothorn. From here there is a lovely panoramic view of the lakes and mountain chain. The Brienzer Rothorn is also the starting point for some exciting hikes, not least over the summit to the Brünig Pass.

A popular destination for a boat trip on Lake Brienz is the Giessbach Falls. The roaring waterfall thunders in a number of different stages down 500 metres into the lake. Immediately beside it is the historic Grand Hotel Giessbach, which looks like a fairy tale castle. The oldest funicular railway in Europe leads from the landing-stage in Giessbach straight up to the hotel and the mighty waterfall.

Another popular excursion is to walk along the southern bank of Lake Brienz from Bönigen via Iseltwald to Giessbach.