The tour starts in the northern part of the city, where you'll explore the neighborhoods of Retiro, Palermo and Recoleta, which are full of large green spaces and beautiful French-style mansions. Here, we’ll make our first stop: a 5-minute picture stop at Floralis Generica, a sculpture made out of steel and aluminum.

Then, we'll stop for a half-hour tour of the Recoleta Cemetery, which contains the graves of notable people including Eva Perón, and a granddaughter of Napoleon. In 2013, CNN listed it among the 10 most beautiful cemeteries in the world. Next, we'll pass by The Teatro Colón and the Obelisk to reach our third stop, Plaza de Mayo, where the city was founded in 1580. You'll admire the Pink House, the Cabildo, and the Metropolitan Cathedral for about 20 minutes.

Continuing towards the south of the city, you'll get to the birthplace of tango: the neighborhood of San Telmo. You’ll also visit the neighborhoods of La Boca, where one of the most famous stadiums in the world is located: La Bombonera. In La Boca, you can also admire the colorful conventillos (tenement houses), home to Italian immigrants at the end of the 19th century, as well as the picturesque street Caminito.

At the end of the tour, you'll be dropped off at Madero port, where you'll enjoy a 3-course lunch aboard the Humberto M boat.

Meeting point:
What to remember
Read more
When
Read more
Provider
Grupo Summa Argentina
Booking fee
Good news! No extra fees are applied to this booking.
Cancellation policy
Receive a 100% refund if you cancel up to 24 hours before the activity begins. 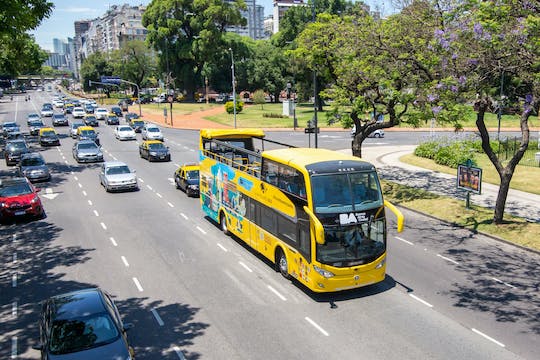 Book now and explore Buenos Aires at your own pace with this comfortable hop-on hop-off bus tour. 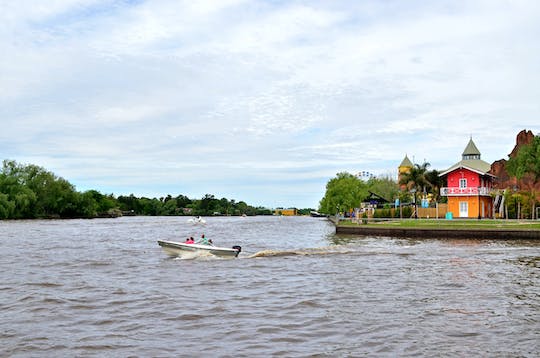 Book now and sail along the Tigre River and enjoy the view of the islands scattered across the delta, visit Paseo Victorica and the Naval Museum. 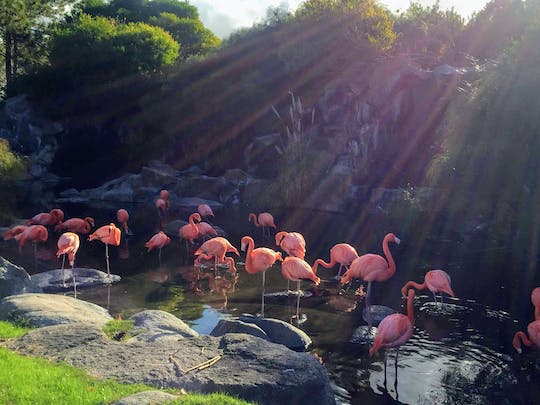 Enjoy a day at the Temaikén Zoo and discover different natural landscapes from Argentina and around the world! Enjoy a wonderful boat cruise on the River Plate, admire the best panoramic views of the city and taste a local 3-course lunch. 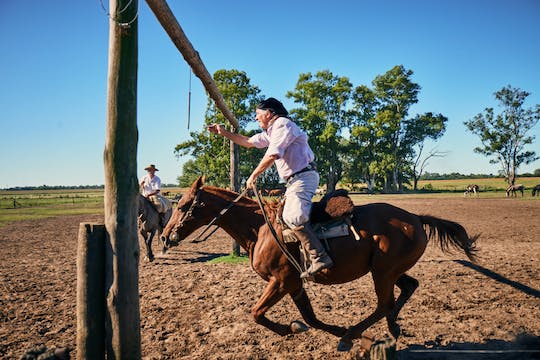 Enjoy a full day at Santa Susana Ranch, learn all about the Gaucho lifestyle, watch a folkloric show, and taste a true Argentinian barbecue grill. 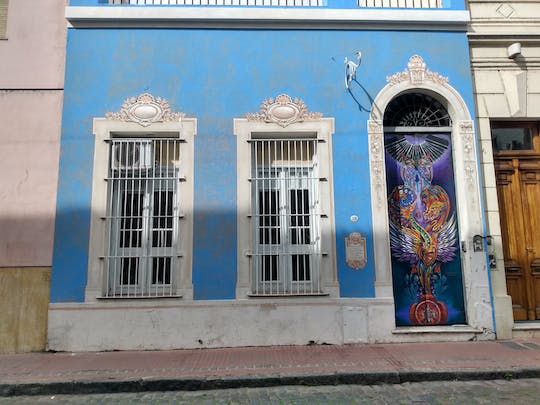 Discover the neighborhood of San Telmo through Fileteado artwork and enjoy a traditional breakfast in one of its most popular bars.