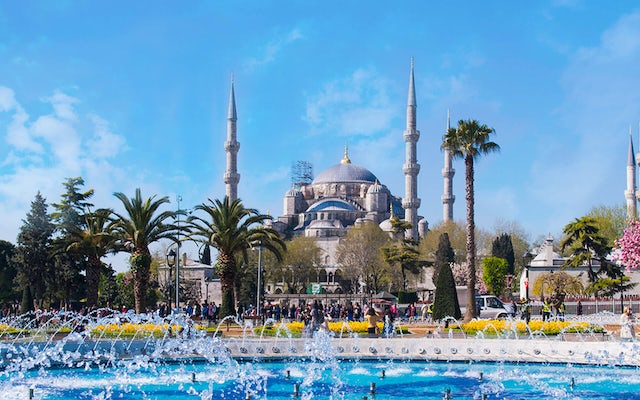 Availability: From Wednesday to Sunday

Go on a journey back in time and explore the Blue Mosque and Sultanahmet Square, which is a part of the UNESCO World Heritage.
You will discover all the historical buildings surrounding the ancient imperial square of Istanbul, the guide will tell you all about the ages of Istanbul - from antiquity to modern times.
You will start your visit at the Million Stone: The center of the world, which goes back in time to the Byzantine Empire. Then you will get to the German Fountain: a gift from the German Emperor Wilhelm II to Sultan Abdulhamid II from 1898. After you will see the Palace of Ibrahim Pasha, an Ottoman imperial court residence built in the 16th century and visit the Hippodrome, which was the center of political and sporting life in Istanbul during the reign of the Roman and Ottoman Empire. At the end you will admire the world-famous Blue Mosque, one of the most splendid and largest Ottoman mosques in Istanbul. Built in 1616, the sacral building with its six minarets characterizes the skyline of the city and is considered a masterpiece.
The tour ends in the courtyard of the Blue Mosque, where you can enter the mosque with the famous blue Iznik tiles and see it from the inside.

Read more
What's not included
Where

Meet your guide, who will be in a red uniform, in front of the Hagia Sophia.

When
Read more
Provider
Istanbul Welcome Card
Booking fee
Good news! No extra fees are applied to this booking.
Cancellation policy
Receive a 100 % refund if you cancel up to 12 hours before the activity begins. 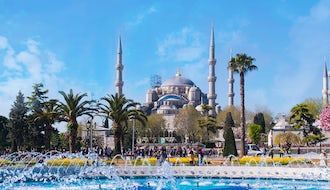 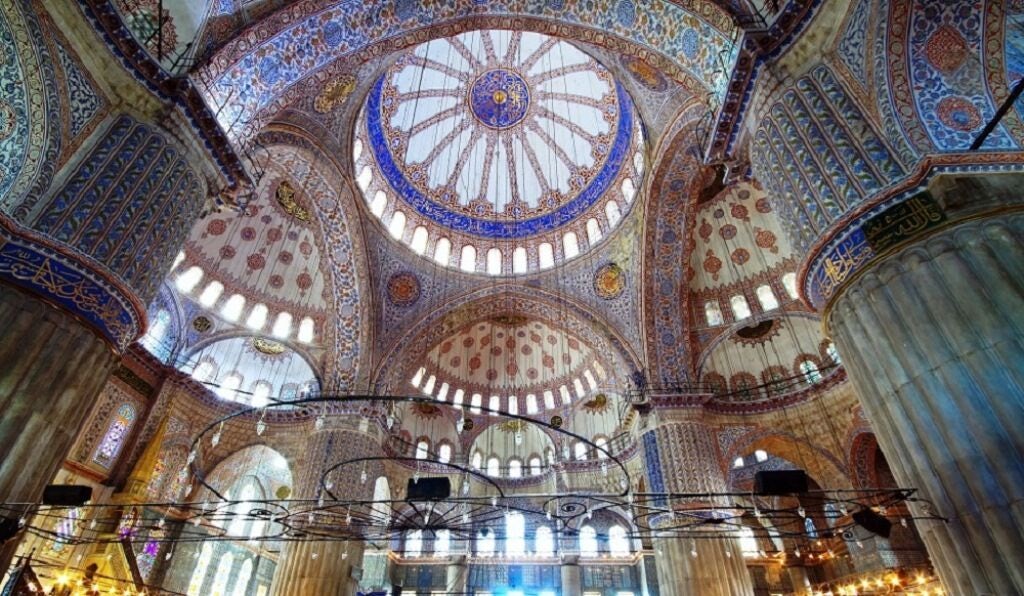 During this morning tour in Istanbul, you will visit 3 of the most important places of the city, in ...

During the Bosphorus dinner on a luxorious ship cruise you will appreciate a delicious dinner with l... 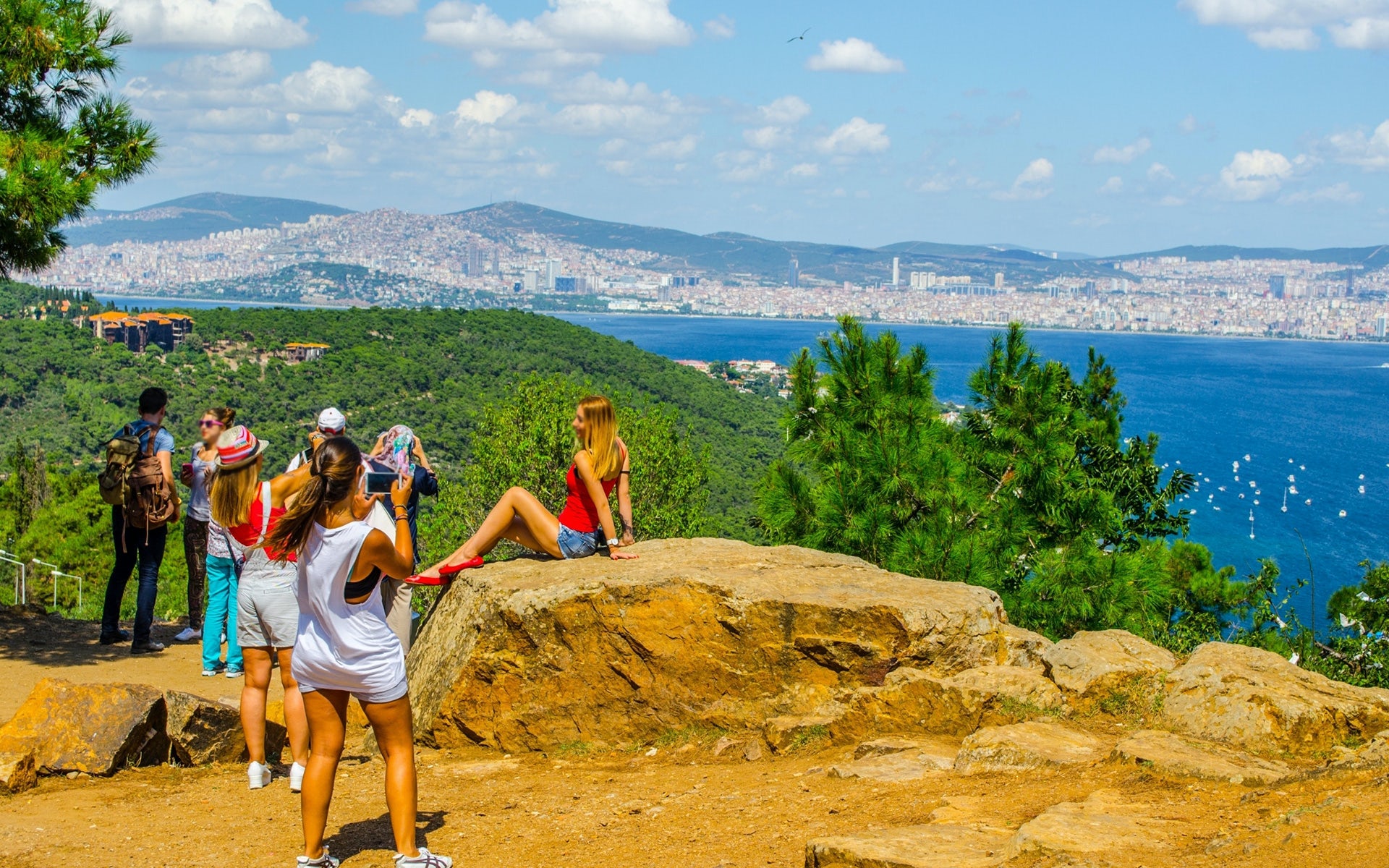 If you want to spend a calm day far away from the hustle and bustle of Istanbul, this excursion to P...

Enter the Hagia Sophia without standing in a queue and enjoy a 30 minutes introduction-tour of an of...

Learn about the beautiful Hagia Sophia, which was once a church, then a mosque and now a museum. Wit...

Skip the lines, save valuable time and enjoy a 20-minute orientation walk by an official Basilica Ci... 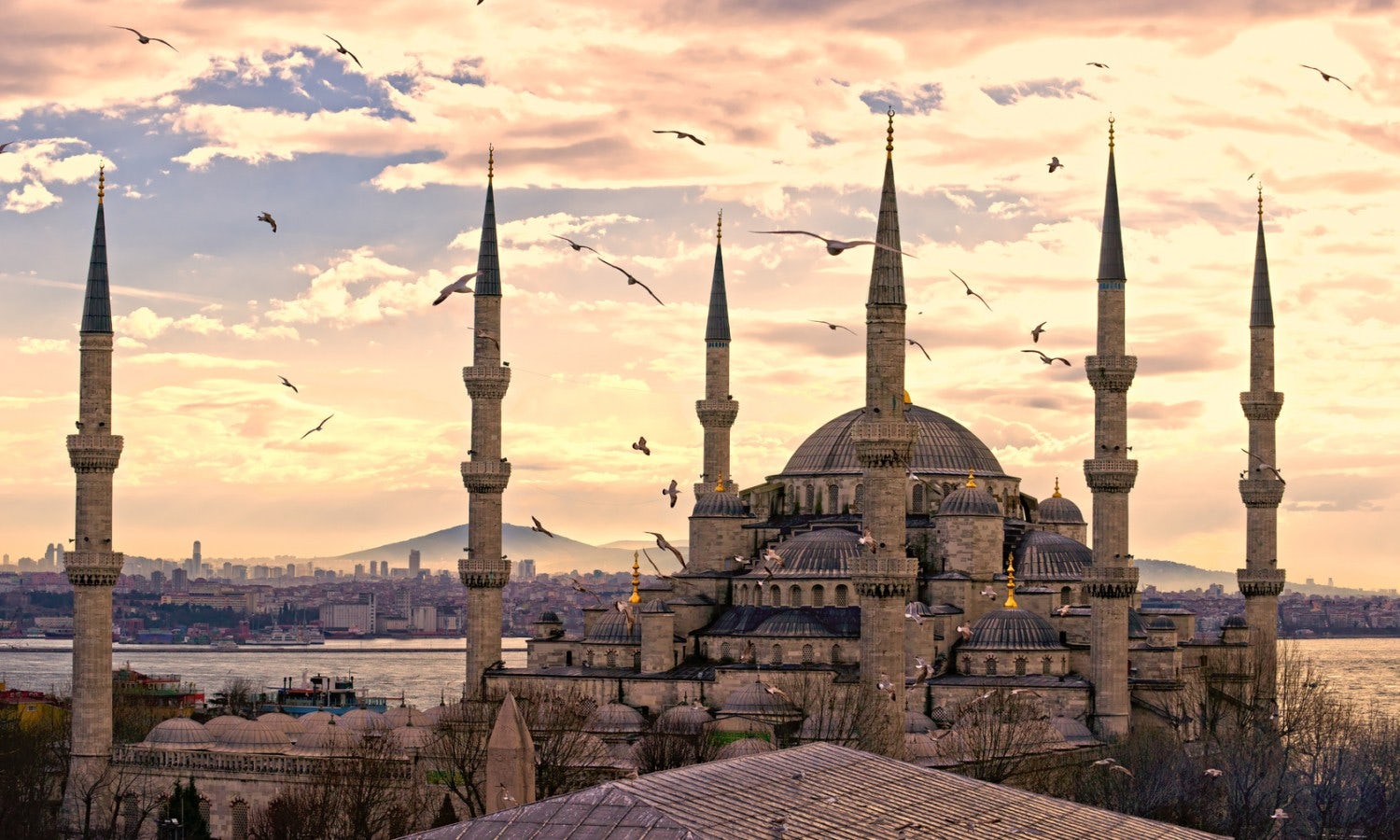 Take a half day morning tour of Istanbul. The tour will bring you through the "Sultan Ahmet Center",... 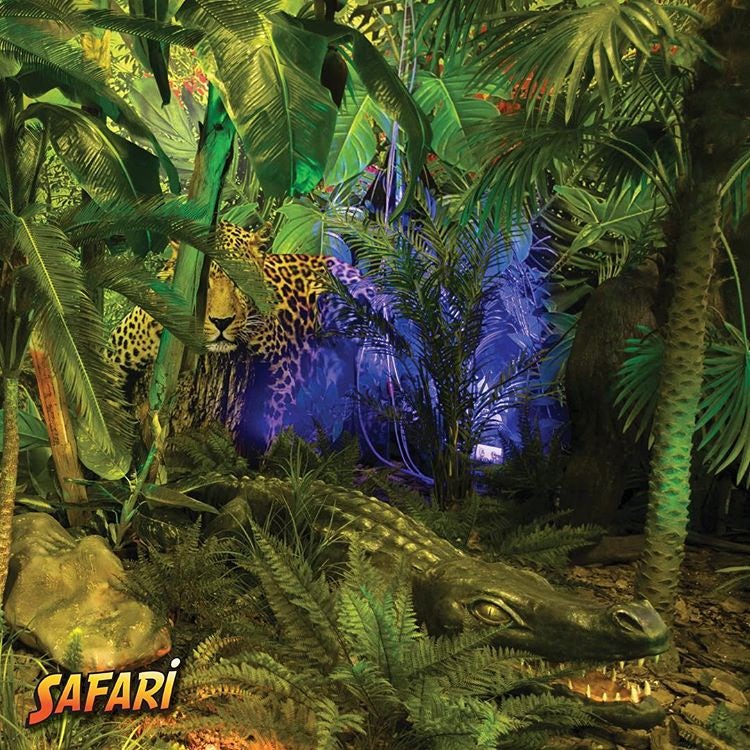 3 in 1 admission ticket for Jungle Park, Dungeon and Safari

JUNGLE PARK Are you ready for a brand new adventure? A mysterious world where hundreds of creatures ... 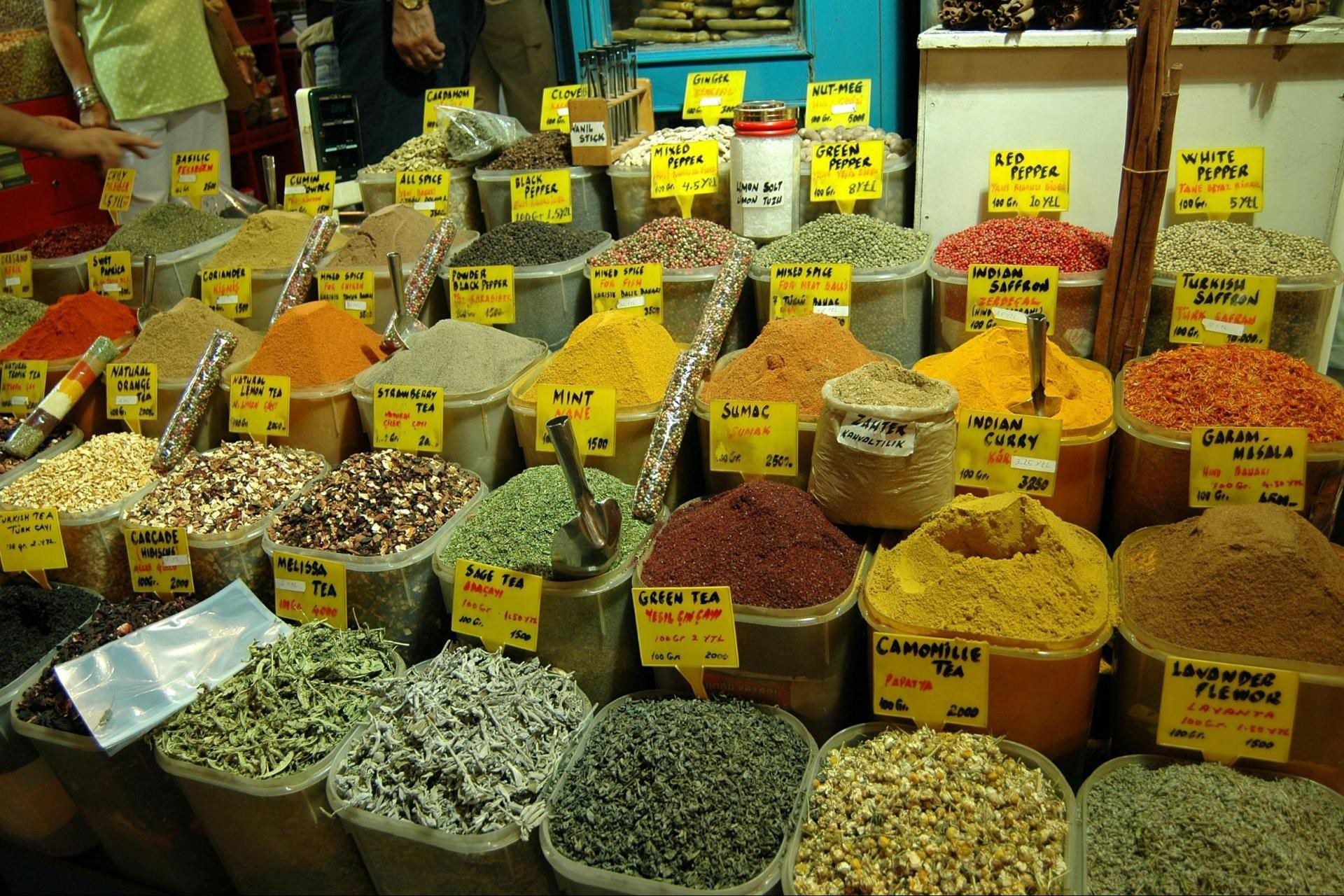 Embark on a bargain-hunting journey and enjoy a small-group tour. Explore the ancient bazaars of a c... 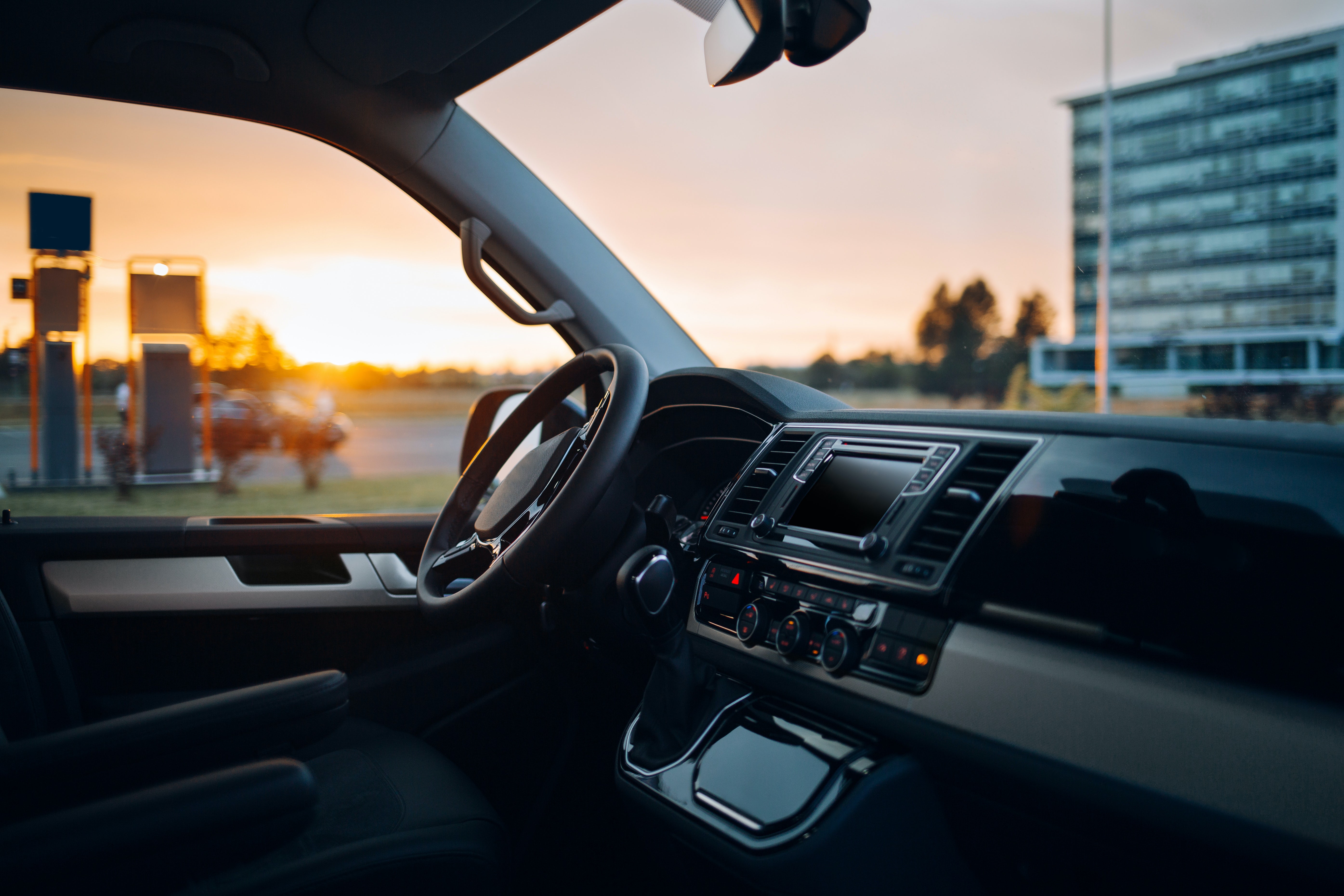 Experience the beauty of Istanbul in no time with this private, comfortable and cost-effective Miniv...

Istanbul
View all experiences
from:
£ 8