Nazi leaders Hitler, Himmler, and Goering spent a lot of time in their fortified headquarters and bunkers on the territory of Ukraine, during the offensive operations of Wehrmacht. Most of the territory of Ukraine was occupied by Nazi troops and by the end of 1941 they started building secret premises for their Fuhrer and other bosses of the Nazi party.

With an expert guide, start the trip from Kyiv and drive 87 miles to a small village of Huyva in the Zhytomyr region. The head of SS Heinrich Himmler’s headquarters “Hegewald” was constructed there by soviet prisoners of war. He spent a significant amount of time in this residence and held many very important meetings there. This bunker is the only well-preserved Nazi headquarters in Ukraine, yet the access there is quite limited. Nowadays, part of the bunker and underground passages are on the territory of an active military unit. However, the other entry to the bunker and the chancery of Himmler is free to enter.

The second Nazi bunker, Goering’s “Steinbruch” lies in ruins in an inaccessible forest, near the village called Hulivtsi. It was blown up by the retreating Nazi troops in 1944. Even though it’s not possible to explore this Luftwaffe headquarters, you will learn important facts from its history from your guide. The last destination of the day is Hitler’s main residence in Ukraine, headquarters “Werwolf”, located near Strizhavka village. It was almost completely destroyed by retreating German forces in March 1944, however, there is an interesting museum with many informative stands. Visitors can see the remnants of the swimming pool and mass graves of prisoners of war, who built this obscure bunker.

Meeting point:
What to remember
Read more
When
Read more
Provider
Green Tour Ukraine
Booking fee
Good news! No extra fees are applied to this booking.
Cancellation policy
Receive a 100% refund if you cancel up to 24 hours before the experience begins. Day excursion to the Tunnel of Love from Kiev

Experience the Tunnel of Love near Kiev. Travel with a guide to a real fairytale place and learn more about the legends related to it. Visit the Great Patriotic War Museum in Kiev on this guided tour. Learn about the Ukrainian history in the World War II and observe military equipment. 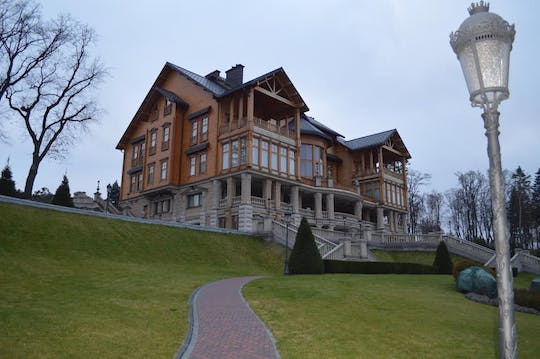 Visit the Mezhyhirya Residence, also known as the Museum of Corruption, and learn about the ex-president of Ukraine and the political situation in the country. 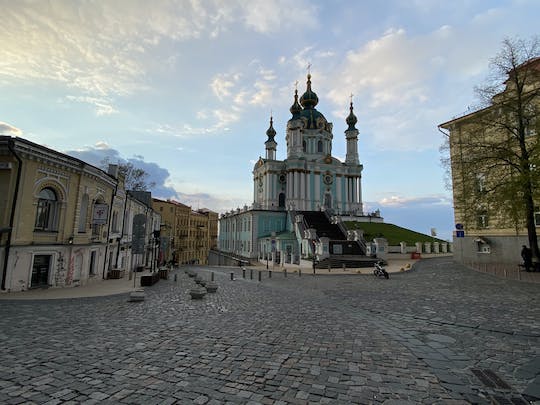 Private walking tour of the old town in Kyiv

Get acquainted with the history and present of Kyiv on a walking tour and spot Kyiv attractions like St. Sophia Cathedral and St. Michael's Monastery. 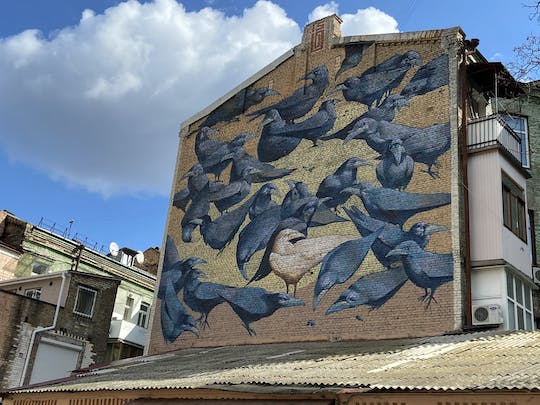 Explore Kiev from a different perspective, enjoying stunning street art works and find out why Kiev is often called “the new capital of street art”. 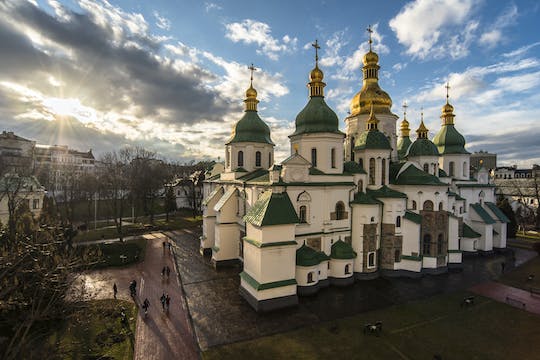 Historical walk through Kiev with a Local