Witness ventriloquism at its best and enjoy a fun-filled show featuring comedy and chart-topping music brought to life by a colorful cast of puppets by award-winning ventriloquist and America’s Got Talent winner Terry Fator, on stage at the New York-New York Hotel and Casino in Las Vegas!

Fator's Who’s the Dummy Now? captures the audience’s hearts and funny bones with its unique mix of ventriloquism, singing, comedy, and breathtaking celebrity impressions. With a live band and a colorful cast of puppets, you'll get to experience both a concert and a stand-up comedy routine. Terry can impersonate more than 200 unique celebrity voices, including Elton John, Justin Timberlake, Elvis, Meghan Trainor and Bruno Mars. His puppet characters include Winston the Impersonating Turtle; Maynard, the World’s Greatest Elvis Impersonator; Vicki the Cougar; and Duggie, the annoying neighbor.

Take a look at the seating chart here and choose your preferred option. You will be allocated the best seats available at the time of booking.

What to remember
Read more
When
Read more
Provider
MGM Resorts International
Booking fee
Good news! No extra fees are applied to this booking.
Cancellation policy
Unfortunately, we can't offer you a refund nor can we change or cancel your booking for this particular product, due to our partner's policy. free cancellation
Duration up to 14 hours
Available in: 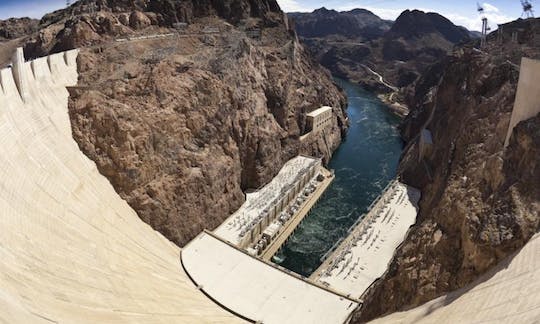 Get your Hoover Dam Guided Tour with Musement and enjoy a buffet lunch, photo stops, and more on this day trip from Las Vegas.

free cancellation
Duration from 1 hour 30 minutes to 3 hours
Available in: