It's one of the greatest fireworks show in the world – and it's right here in Madeira on New Year's Eve. If you're staying in Caniço, Santa Cruz or Machico, you can join us for this spellbinding spectacle as it lights up the start of the new year with a big bang. We'll pick you up from your hotel and take you to Funchal for the show.

We'll pick you up from your hotel and take you to Funchal old town. A hive of activity on any given day, it's absolutely pumping on New Year's Eve. The sense of expectation is palpable as you arrive in the capital. People laughing, talking, eating and drinking around street food stands. You can tell it's party time. And out in the bay, cruise ships position themselves for the best view of the fireworks.

So impressive are the Madeira New Year's Eve fireworks that for five years they even held the Guinness World Record for the world's largest fireworks display. If you're in Madeira for the New Year, you won't want to miss this extravaganza.

Read more
What's included
What to remember
Bring warm clothes
Read more
Provider
TUI PORTUGAL
Booking fee
Good news! No extra fees are applied to this booking.
Cancellation policy
Receive a 100% refund if you cancel up to 1 day before the activity begins. Printed ticket only
from:
£ 13
Sorry, it's sold out
Unfortunately all tickets have been sold out for this event Feel the freedom of underwater exploration – without any equipment. This beginner freediving course ... 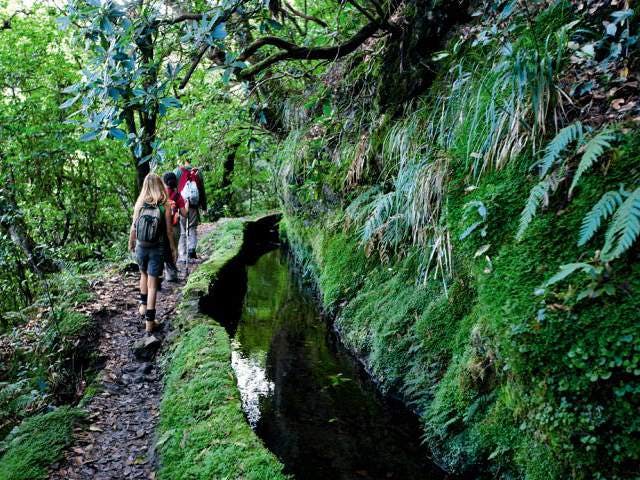 Winding through the picturesque terraces above Machico, you'll come even closer to Madeira's breatht... Madeira is famous for wine and views, two things that feature on this half-day tour. You'll journey ...

This walk along the two highest peaks in Madeira may be challenging – but the views from the top are... Pico do Arieiro Walk – from the West

The highest peaks in Madeira are the stars of the show on this hike, where you'll feel closer and cl... The forest-capped peaks, vast plateaus and rolling green hills of southwest Madeira will be in focus...