You will visit the abbey of Santa Maria Rossa, founded in the mid-twelfth century. Built in terracotta, the small and delightful church has survived the transformation of the village, which since the late nineteenth century has been prey to industrialization and massive urbanization. Around the church, stands what was once the convent: a 15th-century residence that became in the 18th century the home of Domenico Berra, an agronomist born in Crescenzago, who perfected irrigation and breeding techniques. Still today you can admire the courtyards, one of which preserves the ogival arches and an ancient well.

A few steps away, you will meet the Naviglio della Martesana and you will see the waterfront of Villa Lecchi (XVIII century) and the villas Petrovic (XIX century) and Pino De Ponti (XIX century), in whose garden at the end of the nineteenth century was built a spinning mill.

In front of Santa Maria Rossa abbey. Please be at the meeting point at least 10 minutes in advance. The guide will hold a sign with "Amar" written on it.

Read more
Provider
Amar Luxury
Booking fee
Good news! No extra fees are applied to this booking.
Cancellation policy
Receive a 100% refund if you cancel up to 24 hours before the activity begins. 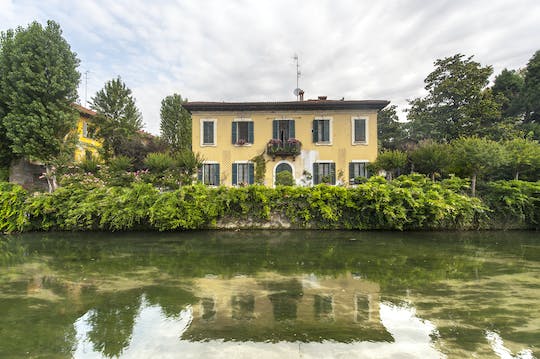