E-bike tour in the Bellet Vineyard

Availability: Every Monday, Wednesday and Friday

This tour takes you to the Colline de Bellet to the west of the city to discover one of the oldest Protected Designations of Origin in France, the Vin de Bellet.

Starting from the port of Nice, you will follow the Promenade des Anglais towards the west to begin the ascent to the Colline de Bellet and reach the village of St Roman de Bellet at an altitude of 300m!

The climb is gentle and progressive and very easy for everyone thanks to our high-performance bikes powered by the BOSCH system, the most efficient on the market (45min to 1h15 drive to reach the Bellet area).

The domain of TOASC or de la Source (depending on the season and schedule) will offer you a commented visit of the cellars, the organic vinification of this Appellation followed by a tasting of 3 glasses of wine (2 whites + 1 rosé or 3 colors depending on the period).

For those who would like to have a picnic on-site, we will pass a bakery on our way to buy Pan Bagnats (local tuna sandwich) or other (at your expense).

After this visit/tasting, we will go back down to Nice by a nice road that winds on the hills before joining the Promenade des Anglais that will take us back to our starting point in the Port.

You will find your bike and your guide in the rental-shop 8 Boulevard Lech Walesa, in NIce

What to remember
Read more
When
Read more
Provider
E Bike Riviera Tours
Booking fee
Good news! No extra fees are applied to this booking.
Cancellation policy
Receive a 100 % refund if you cancel up to 2 дні before the activity begins. E-bike tour in the Bellet Vineyard This tour will conduct you to Nice’s most beautiful viewpoints. thanks to our powerful electric bike... 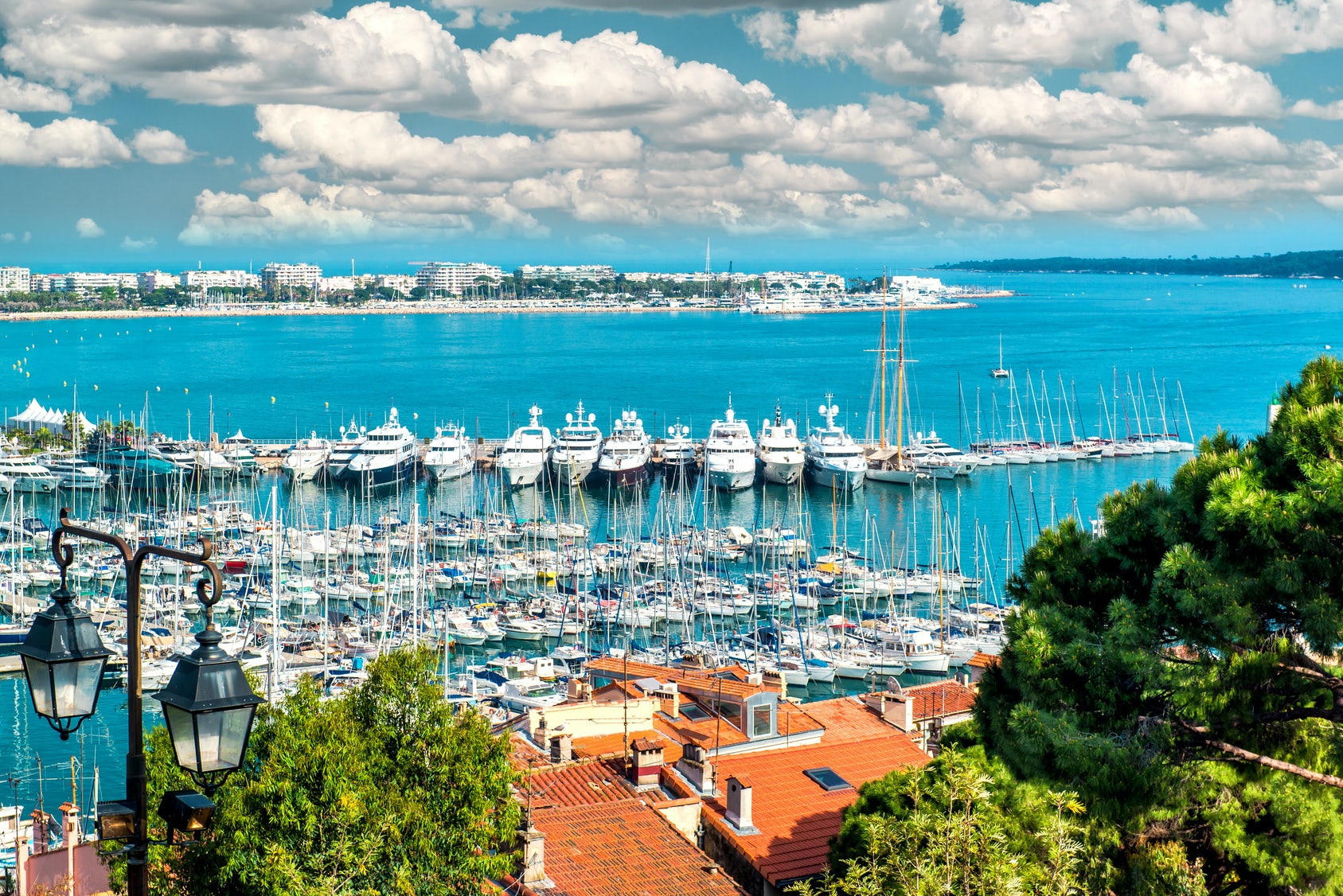 Small group full-day excursion to Best of the Riviera

During this full-day tour, you will enjoy the best of the French Riviera. You will explore Cannes – ... During this half-day tour, you will discover the glitz and glamour of the French Riviera. Enjoy spen... Full-day excursion in Monaco and Eze

Your tour will begin with a comfortable pickup from your hotel in Nice. Settle back for a scenic dri... Small-group day trip to the Grand Canyon of Europe

During this full-day excursion, you will leave the coast and first enjoy a beautiful drive through t... Nice
View all experiences in Nice
from:
£ 63