Palace of Versailles tickets and tours

The Hall of Mirrors is the largest and perhaps the most famous of Versailles’s 700 rooms. It looks magnificent today, but would have been stunning whe... 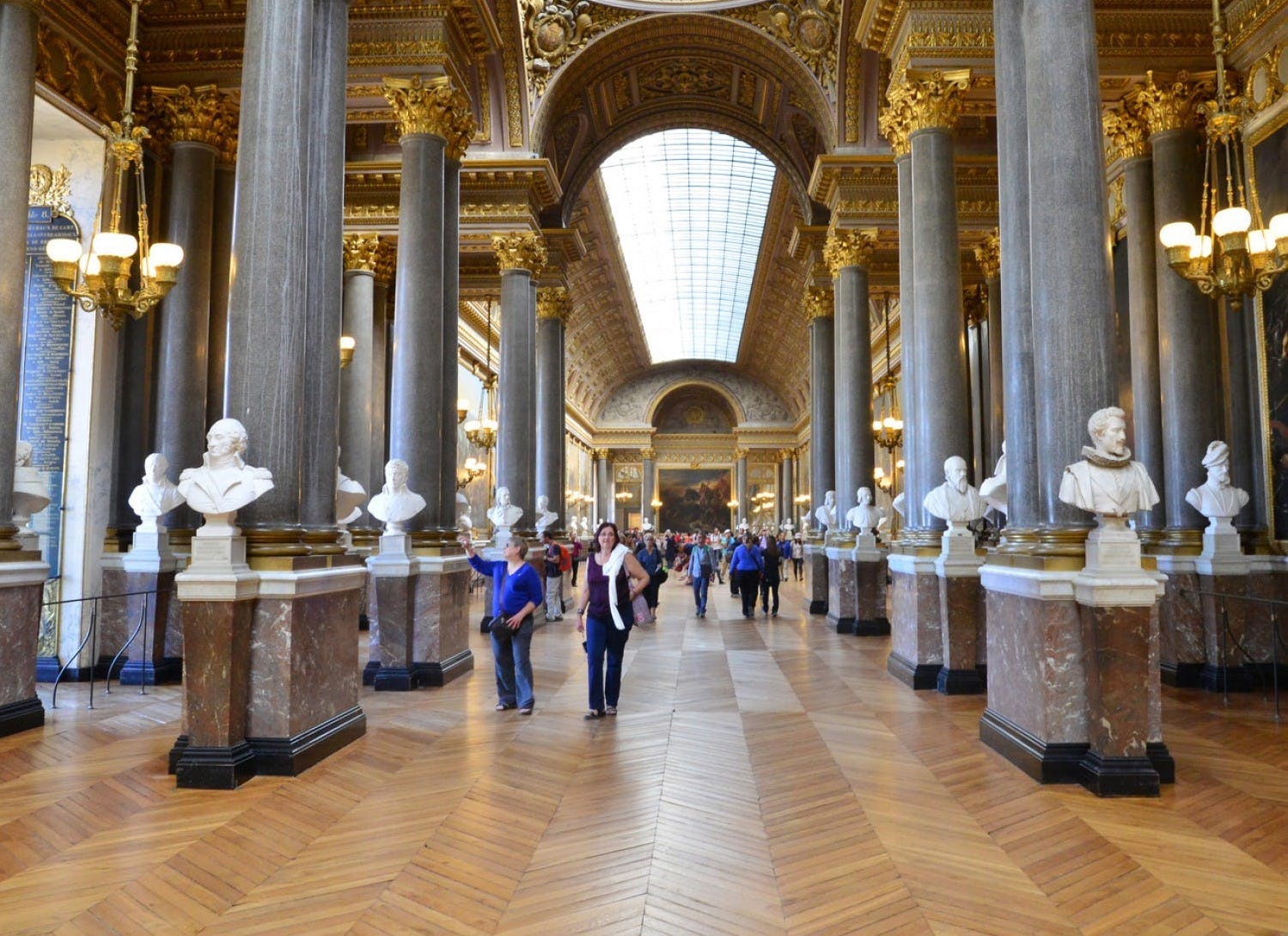 Enjoy skip-the-line entrance and a guided tour of the Palace of Versailles, the most famous residence of the Kings of France. Immerse yourse... Explore the entire estate of Versailles at your own pace with your audiopen and interactive map. Enter the sumptuous Palace, walk around the... Experience the splendor of Versailles at your own pace as you see the sights with in-depth audio-guide commentary. Access to this UNESCO Wor... 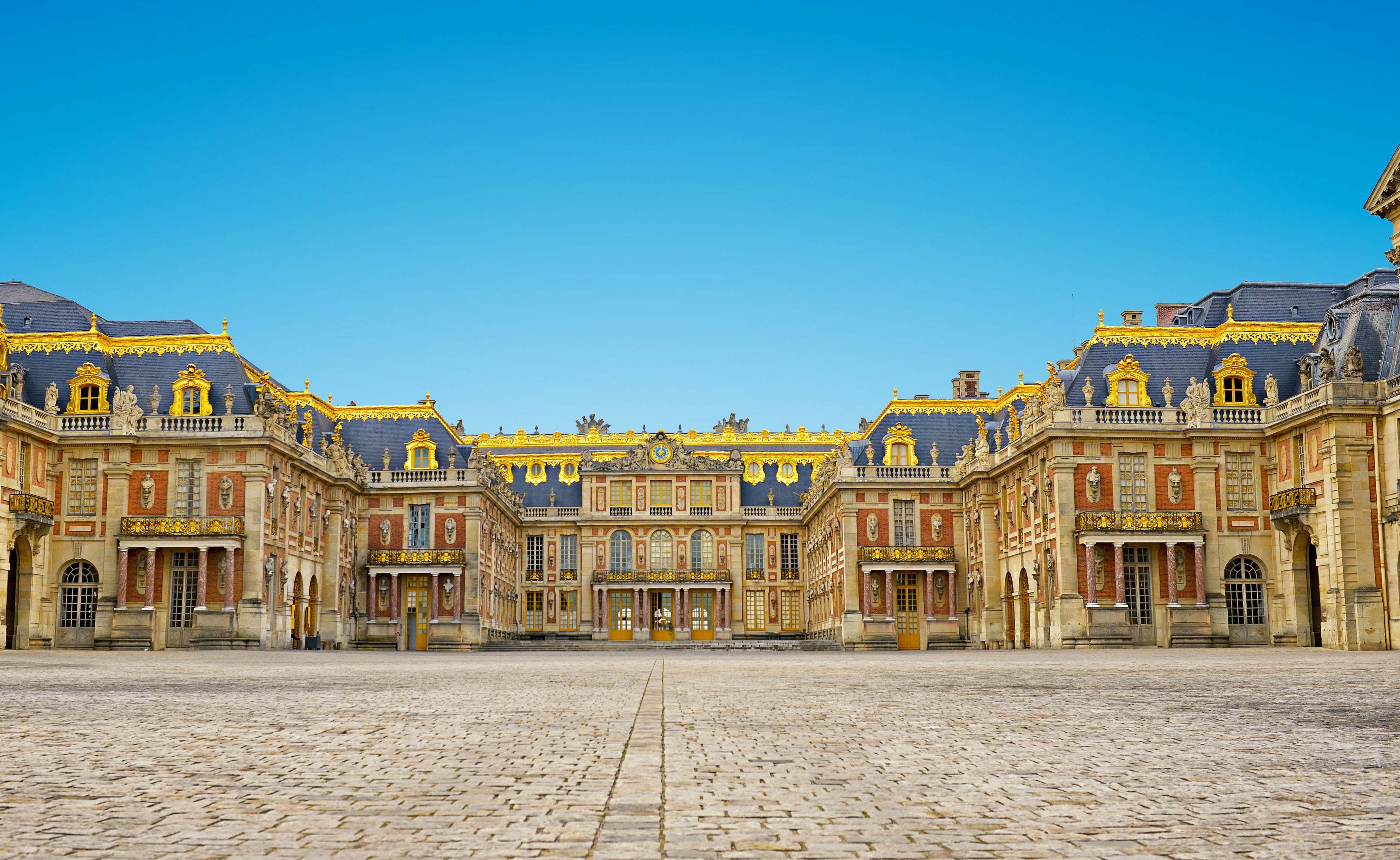 Enjoy your skip-the-line ticket and explore at your own pace the Château de Versailles with your audio guide. You’ll have the privilege to e... 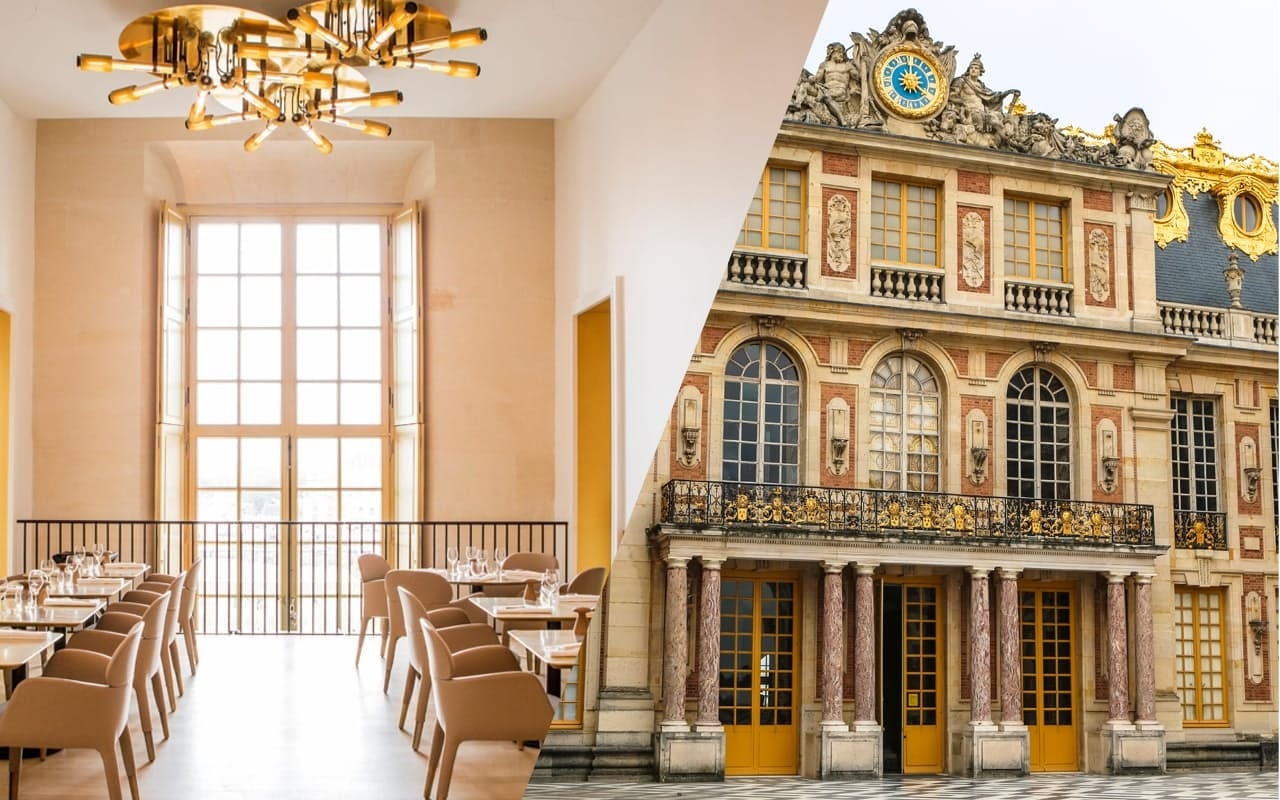 Embark upon our guided visit to the Chateau de Versailles, the world-renowned royal residence of Louis XIV! Admire the shining Hall of Mirro... Miss none of Versailles’s many glories with this comprehensive ticket that includes expert commentary from a local guide. You’ll experience:... Half-day trip in Versailles with transportation, skip-the-line access and audioguide

Visit the Palace of Versailles in a half-day with this excursion including round-trip transportation from Paris, skip-the-line access and au... Get the most of Paris' culture and history with this full-day tour of the Louvre Museum and the Palace of Versailles, private transportation... Half-day private tour of the Palace and Gardens of Versailles

Swap Paris for Versailles with this half-day private tour including pick-up and drop-off at your hotel in Paris and skip-the-line tickets to... Immerse yourself 5 hours in the magnificence of the Palace of Versailles with an informative audio guided tour including priority access tic...

Last entry tour of Versailles with Gardens or Fountains Show

Step inside one of Europe’s most opulent building on this fully-guided tour of the Palace of Versailles. From the immense fountains that pun...

For a twist on the typical Versailles tour, book this experience that starts with breakfast at Ore, an Alain Ducasse restaurant at the palac... Sail in a glassed-over boat for a 2.5-hour à-la-carte meal Dinner Cruise and enjoy an unforgettable ... 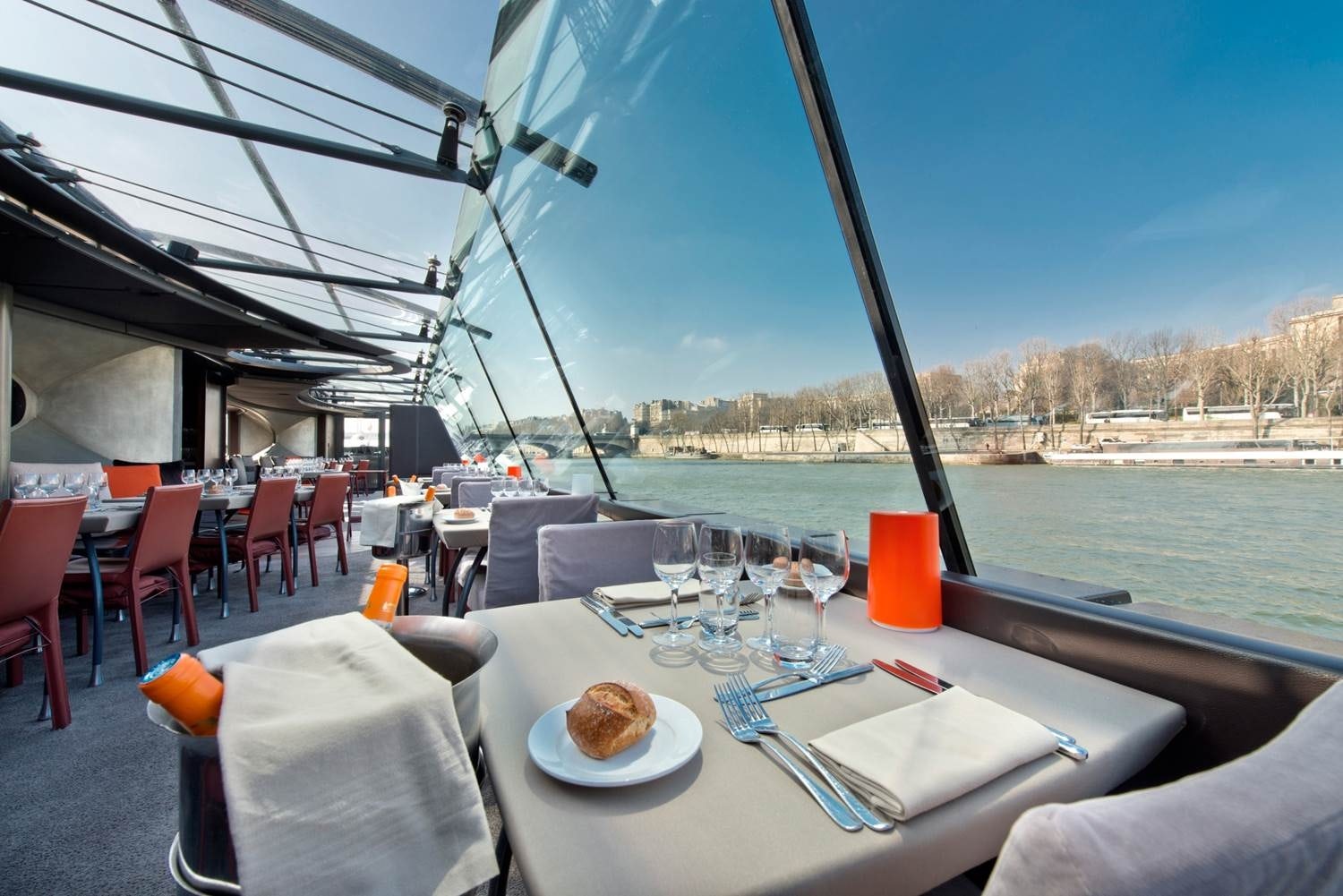 Board at the foot at the Eiffel Tower for a 2-hour authentic and unforgettable lunch cruise along th... 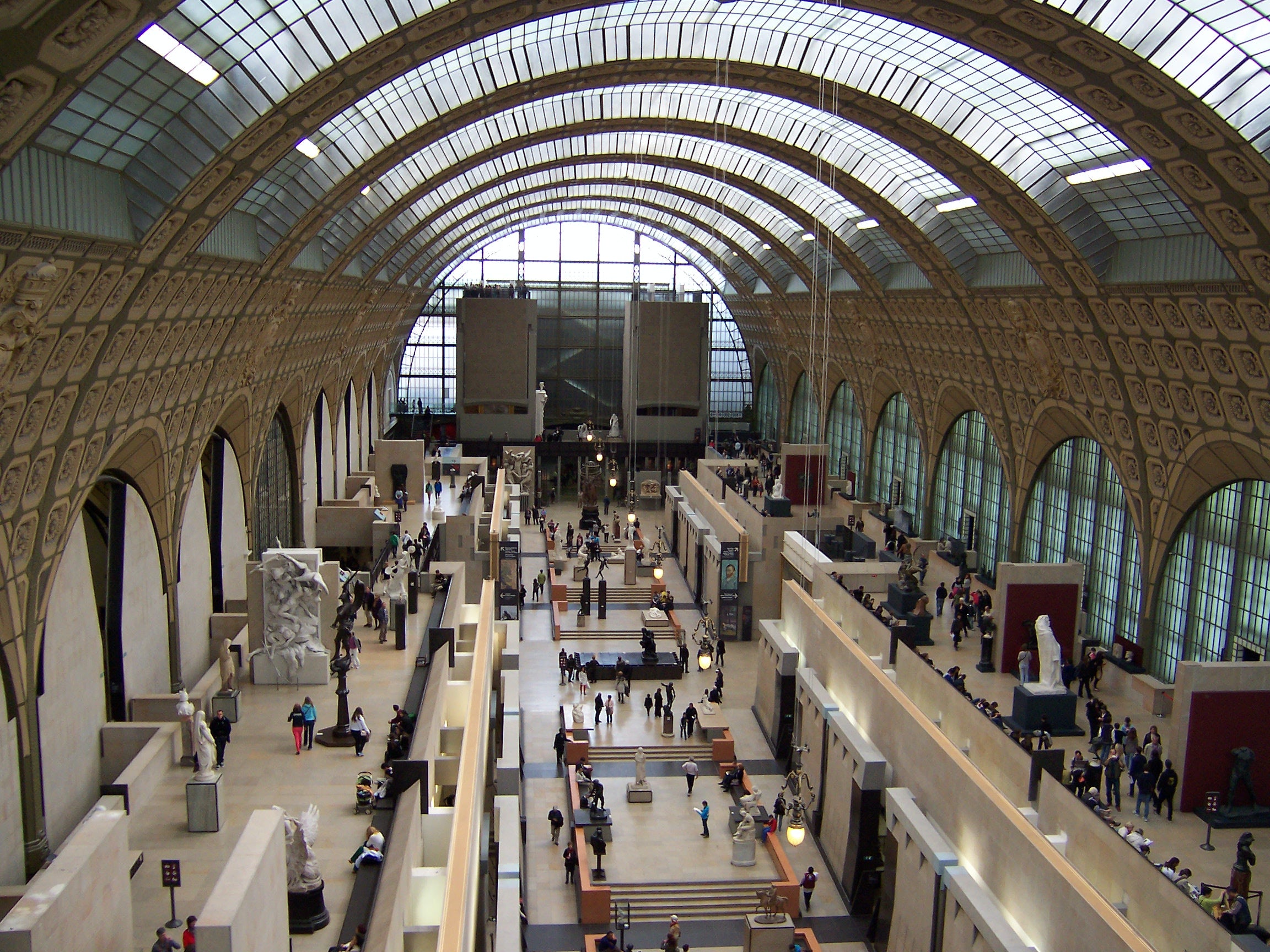 A favorite among local Parisians, the Musée d’Orsay is an impressive art museum that offers an awe-i...

The Hall of Mirrors is the largest and perhaps the most famous of Versailles’s 700 rooms. It looks magnificent today, but would have been stunning when constructed in the late seventeenth century. Mirrors were then fantastically difficult to make – and hugely expensive. In fact, France had to persuade skilled Venetian mirror makers to teach them the secrets (and Venice tried to assassinate their traitorous artisans).

The hall has 357 mirrors, filling a space 73m (220ft) long. It was used by courtiers as a place to meet people or to pass through the palace. On special occasions, it would be used to impress visiting dignitaries such as ambassadors or foreign leaders. Queen Marie-Antoinette had her wedding party in the hall, and it was also the site of some historic agreements: Count Otto von Bismark’s proclamation of the German Empire and the Versailles Treaty that ended WWI.

In 2007, a three-year comprehensive renovation of the hall was completed, replacing 48 broken or cloudy mirrors with old mirrors from the French Senate. Others had been replaced in the nineteenth century, but around 60 per cent of the mirrors we see today are originals. Two of the mirrors even have old graffiti on them. Who was “Emma 1842”?

From 1 November to 31 March

The Palace of Versailles was built by king Louis XIII in 1623 as a hunting lodge but enlarged by Louis XIV to become his royal palace away from the centre of Paris. The French Revolution forced Louis to leave the palace in 1789 and it became a notable museum of French culture, as well as a place of historic announcements or treaties.

Today, Versailles offers the visitor a variety of attractions. The Palace is where you’ll find the Hall of Mirrors, the royal apartments and some amazing collections of art, furniture, chandeliers and architecture. The Grand Trianon is a smaller palace made of pink marble and porphyry with its own geometric gardens and exquisite décor. Napoleon Bonaparte stayed here often and refurbished it.

The famous gardens are an attraction in their own right and took over 40 years to create, involving regiments of soldiers to move earth and create landscapes. Statues and fountains decorate the gardens and are the focus of night-time light shows during the summer months.

Marie-Antoinette’s Estate was built especially for the queen, who liked to get away from the grandeur of the palace for a simpler, more rural ambience. The estate consists of the Pettit Trianon, where she lived, the hamlet, and the queen’s personal gardens. This is a palace within the palace of Versailles and a real treat.