The Four Seasons by Vivaldi

The whole Baroque epoch showed a deep interest in the amazing natural changes determined by the seasons. Bernini himself represented them in his fine sculptures. Baroque art has a dramatic conception of the relationship between man and nature and between man and the universe. Galileo’s discoveries brought about a shift in the position of man, who was no longer at the center of the cosmos. As a consequence, a new attitude of awe and wonder towards the power of nature emerged.

Vivaldi’s Four Seasons are a symbol of his era. Not only is the feeling of astonishment conveyed by his spectacular description of nature, but also by his musical language. The composition aims at astounding the listener with unusual melodies, created through increased rhythm and higher harmonic contrast. His music is thus freer, more fluid and able to better describe the story it wishes to narrate. The scenes range from the chirp of different birds in spring, to summer storms, from fleeing foxes in autumn, to teeth chattering and rain pouring down in winter. In accordance with the highest expression of baroque concepts, nature is dramatized, and the audience feels actively involved in the rapid succession of events taking place in the work of art.

Witness the evocative power of Vivaldi's 'The Four Seasons' in Rome's Caravita Church. The most famous of Vivaldi’s works, and revolutionary example of Italian Baroque music, performed by Opera e Lirica Academy strings quintet and harpsichord.

When
Read more
Provider
Opera e Lirica srls
Booking fee
Good news! No extra fees are applied to this booking.
Cancellation policy
Receive a 100% refund if you cancel up to 1 day before the experience begins. 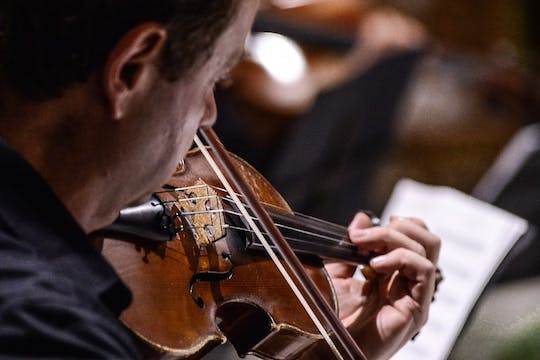 The Four Seasons by Vivaldi
(4)

Book your entrance tickets for the most popular site in Rome: the Colosseum. Select the skip-the-line entrance option for an exclusive timed entry and speedy assisted access.