The tour will take you through the aristocratic part of the city where the richest Russian families and foreigns once lived near St. Isaac's Cathedral and the Neva River. And nearby there was a thriving business of jewelers, bankers and insurance companies.

During the walk, you will find out why Bolshaya Morskaya Street was popularly called "diamond" and why the Promenade des Anglais received such a name (and the British have something to do with it).

You will see the mansions and palaces where the Nabokovs, Demidov's, Polovtsovs, Rumyantsevs and Russian grand dukes lived, hear about their fates before and after the revolution. You will find out where the conspiracy against Paul I was planned, how the fire helped Catherine II give birth to an illegitimate son, and to whom Petersburg owes the appearance of the first arquebuses and an ice tram. All this and many other unusual stories await you on your walk!

Meeting point:
The itinerary of the tour starts at Admiralteyskaya Metro Station.
What to remember
Read more
When
Read more
Provider
WeGoTrip
Booking fee
Good news! No extra fees are applied to this booking.
Cancellation policy
Unfortunately, we can't offer you a refund nor can we change or cancel your booking for this particular product, due to our partner's policy. Duration up to 2 hours
Instant Confirmation
from:
£9.00 Church of the Savior on Blood admission ticket

Visit the Church of the Savior on Spilled Blood in St. Petersburg with your entrance ticket and see one of the city's most beautiful cathedrals.

Admire the Russian architecture at St. Isaac's Cathedral with your entrance ticket and discover why it is one of the symbols of the city. 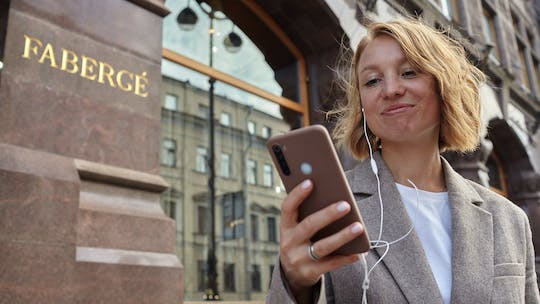 Travel back in time to the Fabergé era in St. Petersburg. Visit Diamond Street with an audio guide and discover the success stories of world-famous jewelers. 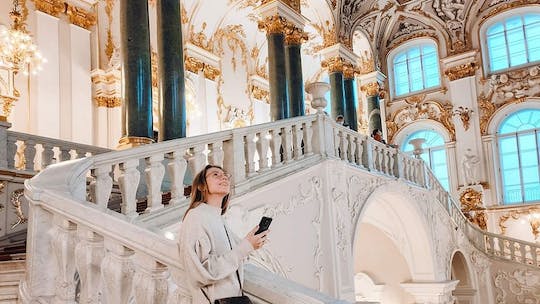 Book this in-app audio-guided tour to Yusupov Palace! Visit the venue thanks to the entrance ticket and listen to the commentary about Rasputin. 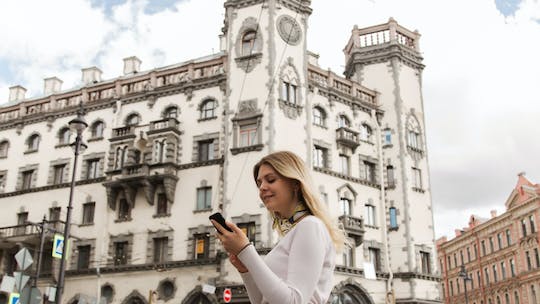 Audio tour of facades and courtyards of Petrogradsky Island in St. Petersburg

Explore Petrogradsky Island with an audio tour app: admire the facades of pre-revolutionary houses and their record-breaking courtyards. Discover secret courtyards, historic mansions and charming cafes and enjoy the vibe of St. Petersburg on a self-guided audio tour for Instagram lovers. Mobile quest game - The masterpieces of the Hermitage in St. Petersburg

Explore the second-largest art museum in the world, Challenge to unlock the mystery of the Peacock Clock, Discovery the Throne Room, peek into the works of Titian, Da Vinci & Raphael. Discover the most interesting masterpieces and the history of the Lower Park of Peterhof State Museum on a self-guided audio tour.