Sitting in the heart of the town grid of 24 city squares there's an unofficial 25th called Colonial Park Cemetery, book now for the God's acre guided tour where your guide will fill you in on the history. The cemetery serves as the biggest story graveyard in the whole Historic District. The grounds defy time as the oldest patch of public land one can visit in Savannah and where you'll see and touch materials far older than the Victorian city that now surrounds.

During Savannah's primitive hours, this is where every town meeting, picnic, wedding, duel and public execution was conducted. Eventually it would be the final resting place of Gen Nathanael Greene, two signers of The Declaration of Independence, duellists, merchants, priests, paupers, soldiers and just about every character that gave blood, sweat and tears to the early colony and later nation.

Less forget the mass graves of Yellow Fever victims resulting in the closure of the place down in 1853. You and your guide will discuss the adjoining "Negro Burial Ground," Poet Conrad Aiken Birthplace, The Old City Jail, dueling grounds, The Hanging Tree along with the fascinating ritual use of the cemetery by area Root Doctors accompanied by eyeopening visual aides per their shamanism.

Meeting point:
- Please meet your guide at the corner of Abercorn and E. Olgethorpe Ave in front of the Colonial Park cemetery's main entrance.
What to remember
Read more
When
Read more
Provider
Shannon Scott Tours
Booking fee
Good news! No extra fees are applied to this booking.
Cancellation policy
Receive a 100% refund if you cancel up to 24 hours before the experience begins.

Join the after hours guided tour of the Bonaventure cemetery and get an insider's view into the intriguing past of the historic cemetery and its departed inhabitants.

Book your guided day-time tour and get an insider's view into the history of Bonaventure cemtery and its departed inhabitants and listen to stories as you laugh or cry. Discover the love stories of Savannah. See the most romantic spots in the city. Feel the charming atmosphere while strolling around with your private guide. 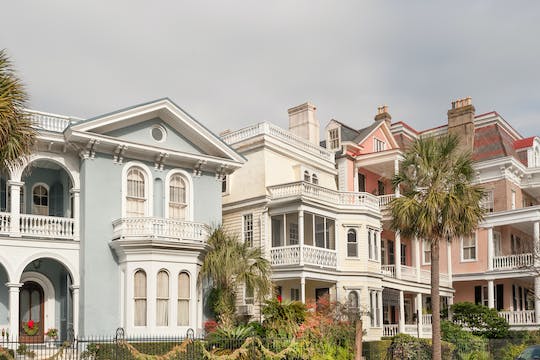 Enjoy a combo tour of Charleston's historical center and a traditional Southern Mansion. The Best of Savannah walking tour

Discover Savannah, Georgia during this 2-hour private guided tour. Find about the famous inhabitants of Savannah and see its highlights. 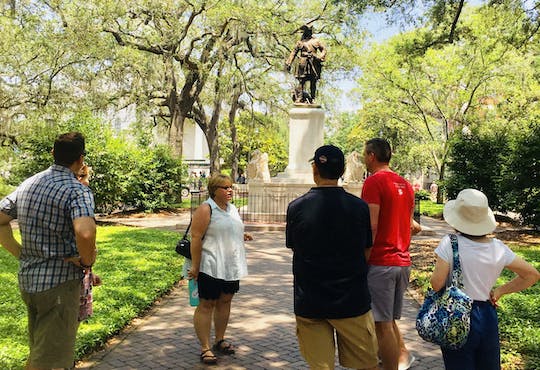 Book this walking tour now to learn about local history and sightsee Savannah with an expert tour guide! 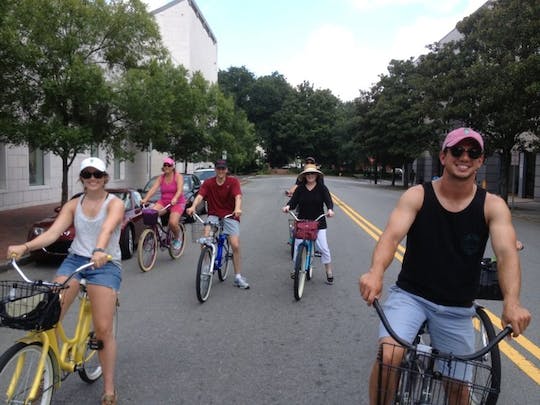 Pedal through Savannah's fascinating history and experience its colorful, modern vibe on a bike tour through the city's historic district with a professional guide. 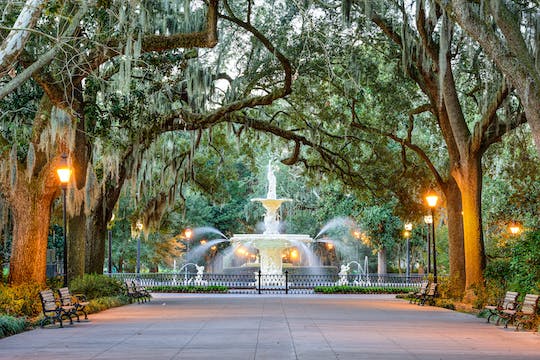 Discover the captivating heart of Savannah at your own pace with your very own self-guided audio tour.