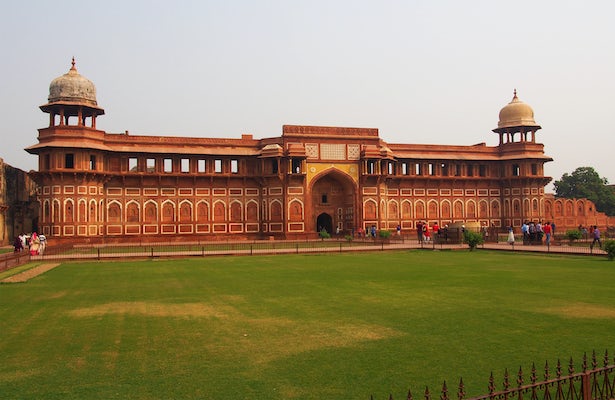 Half-day tour of the Taj Mahal and Fort

Home / Agra / Half-day tour of the Taj Mahal and Fort

Enjoy an incredible guided tour of the city of Agra and discover some of its most famous landmarks. In the morning you'll be picked-up from your respective hotel and driven to Agra to visit the world famous Taj Mahal. Situated on the banks of the river Yamuna, the Taj Mahal is a symbol of love, a poem in marble by the Mughal Emperor Shahjehan for his beloved queen Mumtaz Mahal.The Taj Mahal is entirely made of white marble and its walls are decorated with exquisite pietradura (stone inlay) work. It is said that different types of rare, precious and semi-precious stones were used in the intricate inlay work done on the interiors. This magnificent monument is set around a Charbagh or 'four garden' plan.

Later the tour will take you to the Agra Fort, the seat and the stronghold of the Mughal Empire under successive generations. This was the seat of Mughal rule and administration and the present structure owes its origins to Akbar who erected the walls and gates and the first buildings on the eastern banks of Yamuna River. Emperor Shah Jahan added the impressive quarters and the mosque while Aurangzeb added the outer ramparts. Here you'll have the oportunity to finish the tour by visiting the Hall of Public Audience and its Royal Pavilions.

Read more
Provider
Le Passage to India Tours and Travels Private Limited
Booking fee
Good news! No extra fees are applied to this booking.
Cancellation policy
Receive a 100 % refund if you cancel up to 2 giorni before the activity begins. 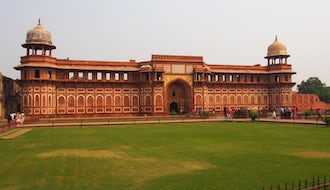 Half-day tour of the Taj Mahal and Fort

Discover the city of Agra and its monuments with this incredible tour. First of all, you'll be picke...

Get ready for a one of a kind experience with this tour of the cities of Agra and Fatehpur Sikri. Fi... Visit the incredible city of Fatehpur Sikri, constructed four centuries ago by the Mughal Emperor Ak... Mohabbat The Taj is a play depicting the love a saga portrayed in the lavish and grand Mughal era. T...

Half Day Journey to Colonial Agra

The tour begins from Amar Niwas – a heritage property site, spread over six acres of land with a bui...

Agra
View all experiences in Agra
from:
$ 98