Begin your day in Athens by being picked up and driven to the Athens War Museum of the Greek Armed forces, founded in 1964. The museum’s exhibition area is spread over four levels with artifacts of Greek history from antiquity to present.

Your next stop will be the “G. Averof ” battleship Museum. The Battleship Averof, the most significant Greek naval vessel, played a crucial part in the history of the Hellenic Navy during the Balkan War. It was commissioned in 1911 and remained in active service for over 44 years. Today. The ship stands as a monument to Greece’s navy and modern history. 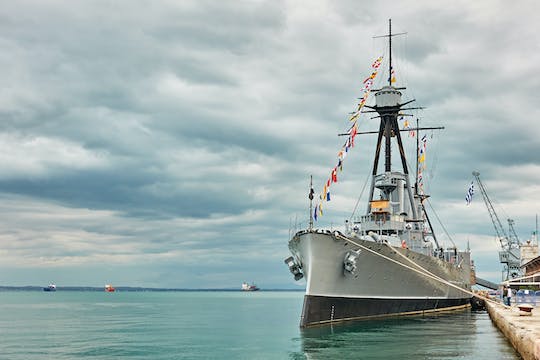