Private tour about Berlin Wall and Cold war with pick up

Learn more about the Berlin Wall and the Cold War during this private and guided tour.

The Berlin Wall is the most symbolic artifact of the Cold War and the so-called Iron Curtain that once separated countries and continents. Learn how this border divided Berlin into two opposing worlds and find out more about mysterious ghost stations, a palace of tears, and complex border installations known as the death strip. Listen to stories about tragedies, daily life, and challenges of living in the once-divided city. Learn more about the physical and political division of Berlin and Germany. Immerse yourself in the bygone life of socialist East Berlin: learn details and background to almost unbelievable escape stories, the Allied tank confrontation at Checkpoint Charlie, or the Soviet monuments of honor that still have high symbolic significance today.

See the Brandenburg Gate, which went from being a landmark of division to a symbol of German reunification. Take a look at the East Side Gallery, where the deadly Wall was repurposed as art support and today attracts droves of visitors - as the longest Wall gallery in the world. 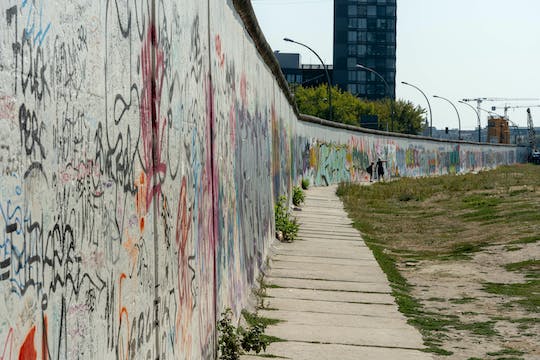 Private tour about Berlin Wall and Cold war with pick up