This tour takes you along Berlin's not only most striking but also most beautiful landmarks, all of which are in one way or another connected to the House of Hohenzollern.

Find your personal guide at Gendarmenmarkt with its fabled Schinkel-designed concert hall in the middle, flanked by the French and German Cathedrals. From there, you will continue to Hausvogteiplatz, formerly the center of Berlin's once vibrant Garment District. Today, a memorial commemorates the deportation and subsequent murder of the many Jews who worked in Berlin's clothing industry.

Next, are the townhouses that can safely be regarded as one of Berlin's architectural highlights with their sleek and often spectacular design. From there, the tour moves on to the newly opened Barenboim-Said Academy with its much-praised Berlioz Concert Hall.

After passing the St. Hedwig's Cathedral, the Faculty of Law of Berlin's Humboldt University (formerly the Royal Library), the State Opera and the Zeughaus, the tour finishes on Museum Island.

What to remember
Read more
Provider
Berlin-Tours
Booking fee
Good news! No extra fees are applied to this booking.
Cancellation policy
Receive a 100% refund if you cancel up to 3 days before the experience begins. If you cancel up to 1 day before, you can still receive a 50% refund. 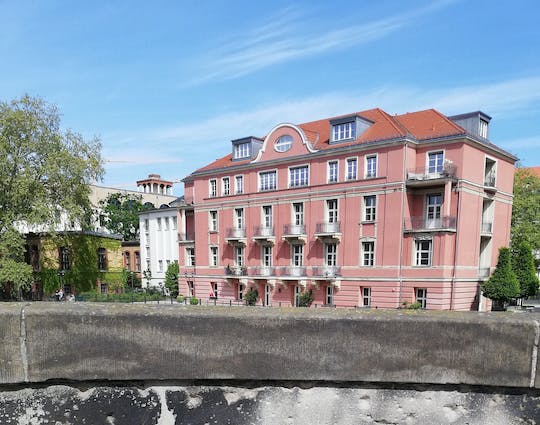