Bilbao, as well as other Basque cities as Vitoria and San Sebastian, has perfect shape and size to move around on a bike. Taking some time to visit its hotspots while riding one of our bikes is a must-do that should not be missed. Join us to find Bilbao's most spectacular corners that otherwise would be missed.

Departing from the edge between downtown and old town, the tour begins along the Ibaizabal riverbank, being able to enjoy first-hand the modern expansion of Bilbao at the end of the 20th century: the Zubizuri bridge and the Guggenheim museum. Subsequently, passing through the statue of the tiger of Deusto, follow along the riverbank to reach the San Mames area, where the Athletic Club stadium is located.

Finally, you will cross the downtown of the city to look at the old town, of medieval origin, and check the many contrasts that the city of Bilbao offers you. 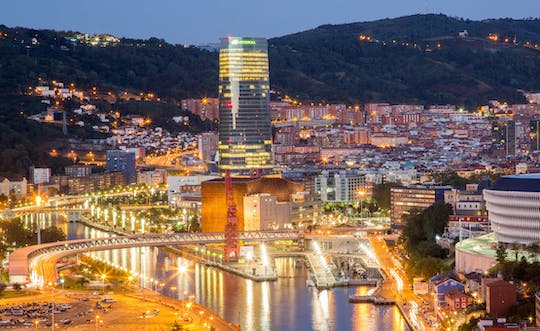 Mobile voucher accepted
from:
$33.00
Sorry, it's sold out
Unfortunately all tickets have been sold out for this event