Discover Cluj’s old history and traditions, the interesting architecture and culture and get a glimpse of this modern Transylvanian city on a 2-hour walking tour with an English-speaking guide.

Start the tour next to the old Benedictine monastery and explore the birth houses of Mathias Corvinus (king of Hungary) and Stephan Bocskai (ruler of Transylvania and a great promoter of the religious reformation), the old market square and the many guilds and craftsmen houses.

Next, visit the city’s main square, with some of its most important monuments: the catholic church of St. Michael (the second largest Gothic building between Vienna and Istanbul), the statue of Mathias Corvinus, the unique mirror street (where all houses were built symmetrically on both sides of the street) and the majestic Baroque palace of the Bannfy family.

Walk to the headquarters of the Babeş-Bolyai University, first established in the 16th century. Today it is one of Europe’s largest multicultural universities, with almost 60,000 students. Crossing through the university, you'll reach the former Franciscan monastery, famous both for its architecture and its almost perfect acoustics.

Your tour will end with a visit to the former lumberjack market which used to be a gathering place of the Romanian community. On the other side of the square, discover the Orthodox cathedral, built after the First World War in neo-Byzantine and neo-Romanian style.

Meet your guide at The old Benedictine Monastery. 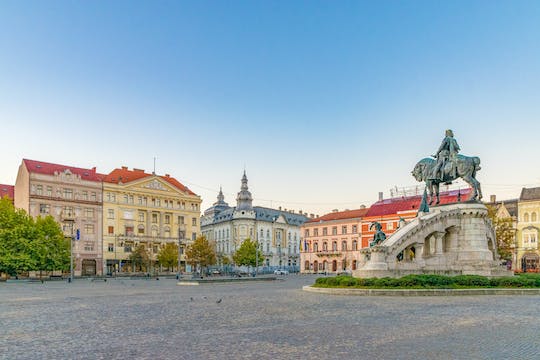 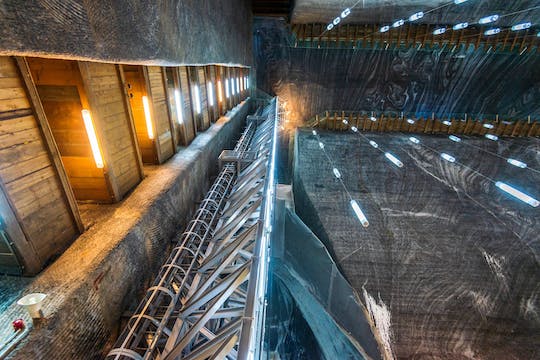 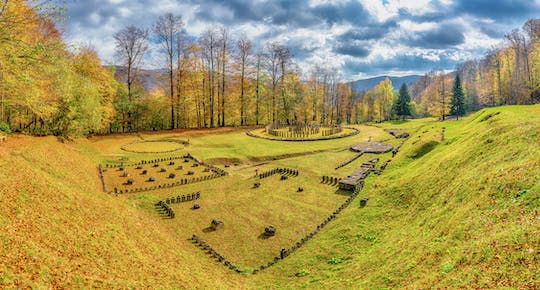 Visit some of Romania's most interesting monuments and discover the ancient civilization of the Dacians on a full-day trip with transportation from Cluj.

free cancellation
Duration up to 1 hour 40 minutes
Available in: Journey to Maramures, one of Romania's most traditional regions, on a full-day trip from Cluj-Napoca. See why this area well known for its woodcarvings and learn about its old traditions. 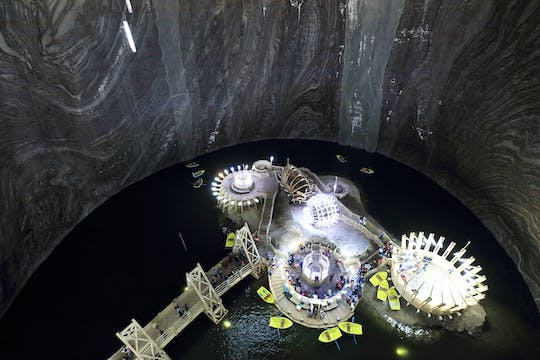 Journey to some of Transylvania's most impressive underground treasures, the Salt Mine of Turda and the medieval mining center of Rimetea on a full-day trip from Cluj-Napoca. Day trip to Rameti and Alba Iulia from Cluj-Napoca

Discover the cities of Rameti and Alba Iulia on a day trip from Cluj. Visit the small village of Rameti, see the Greek-Catholic cathedral in Blaj and explore the old Habsburg citadel.