The city of Coimbra, located 200 km North of Lisbon, is full of history and it's also home of one of the oldest universities in the world, with its magnificent Joanine Library, the entire University Complex, the Monastery of Santa Cruz, the medieval houses... Close to Coimbra there is the Roman Archeological city of Conimbriga and a place to visit.

Ye will leave Lisbon early in the morning to enjoy the full day, and you'll arrive at Coimbra in around 2 hours. At Coimbra, you will visit the historic university, one of the oldest in the world, with the beautiful Joanine Library in Baroque style from the beginning of the 18th century. The tour will continue to the center of Coimbra and to the Monastery of Santa Clara, the resting place of the Portuguese First King D. Afonso Henriques. The monastery was founded in 1131 but completely reconstructed in the first half of the 16th century. In Coimbra, you will have time for lunch and for free time.

In the afternoon, you will visit the large Roman Archaeological Site of Conimbriga city. It is one of the largest Roman settlements excavated in Portugal and it was classified as a National Monument in 1910

Pick-up and drop-off at your accommodation in Cascais, Sintra, Lisbon or Oeiras. Please confirm the pick-up place directly with the local operator.

What to remember
Read more
When
Read more
Provider
Pipefly
Booking fee
Good news! No extra fees are applied to this booking.
Cancellation policy
Receive a 100% refund if you cancel up to 24 hours before the activity begins. 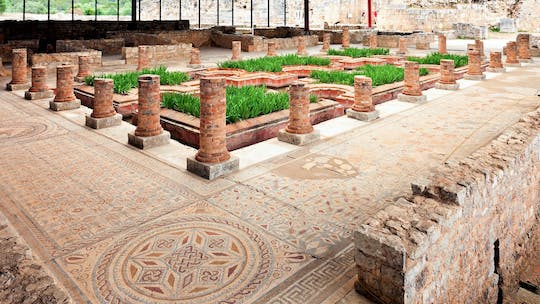 Book this Self-guided Discovery Walk Coimbra's cathedrals, kings, and calla lilies and experience the charm of the beautiful city of Coimbra on this playful self-guided walk 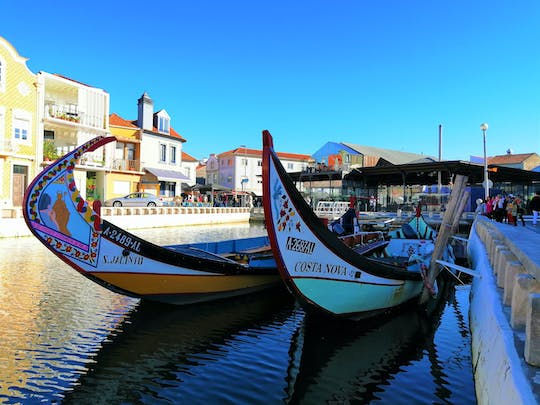 Explore Aveiro on a Moliceiro boat, visit Aveiro and Costa Nova with a dedicated guide on this tour from Coimbra. Don't miss the opportunity to discover the landscape of Bussaco with an expert guide. Visit a winery and taste the flavors of the gastronomy! Get ready to admire the valleys of Serra do Sicó, try the Rabaçal cheese, and admire the Roman ruins of Conímbriga on this half-day tour with an expert guide. Don't miss the opportunity to discover the beaches of Figueira da Foz, the Castle of Montemor, and the fields in the Baixo Mondego region with an expert guide! Enjoy a 3-hour walking tour of the Bussaco National Forest with an expert guide on this experience from Coimbra!