This history-rich two-day tour is an exploration of the most important city in Punjab – Amritsar. And travelling by plane, you'll have even more time to explore the Golden Temple, the Wagah border and Jallianwala Bagh museum and monument.

Catching an evening flight from Goa, you'll overnight in a B&B, ready for a morning of city sightseeing and the Golden Temple – a sacred Sikh spot where volunteers feed up to 10,000 hungry pilgrims a day.

At the Pakistan border, witness the Beating Retreat flag ceremony before returning to see the Golden Temple lit up at night. Get some rest with an overnight stay in a hotel and after breakfast, you'll tour the museum at Jallianwala Bagh – a sobering monument to the victims of a British massacre in 1919. After a moving visit, have lunch and you'll take an afternoon flight back to Goa.

Lunch and dinner not included. Warm clothing may be required dependent on time of year

. Not suitable for expectant mothers or guests with back problems. Not suitable for guests with reduced mobility. Bring your passport or official eu identification. Food and drinks not included. Please note that all times are approximate and subject to change
Read more
Provider
TUI HOLDING SPAIN, S.L.
Booking fee
Good news! No extra fees are applied to this booking.
Cancellation policy
Unfortunately, we can't offer you a refund nor can we change or cancel your booking for this particular product, due to our partner's policy. Printed ticket only
from:
$643.00
Sorry, it's sold out
Unfortunately all tickets have been sold out for this event 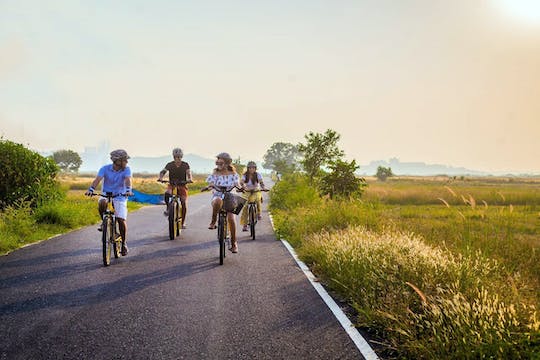 The island of Divar is small enough to explore on foot, but even better to see by e-bike. Think paddy fields crisscrossed by rickety lanes, peeling colonial churches and brightly coloured temples. Discover it all in total comfort and ease, without leaving a carbon footprint. 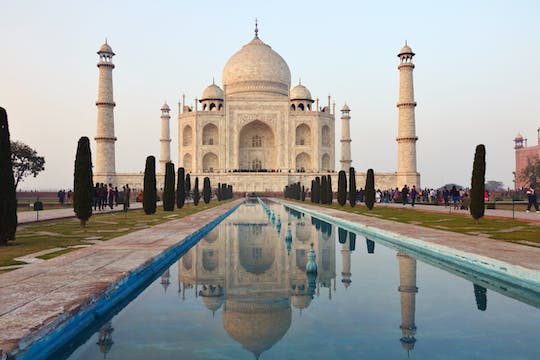 If you haven't seen the Taj Mahal, you haven't really seen India. And although it's on the opposite side of the country to Goa, it's worth the trip. We'll kick start by catching a plane to Delhi and head straight to Agra by bus. Overnighting in a hotel, you'll be up early for a dawn trip to the Taj. The tomb of a 17th Century emperor's wife, you'll get a guided tour of the ivory-white masterpiece. Exploring the iconic site and its gardens, you'll spend the rest of the day ticking off more of the region's impressive architecture. Calling by Agra Fort you'll also visit Fatehpur Sikri – an ancient city crammed with ornate palaces and mosques. 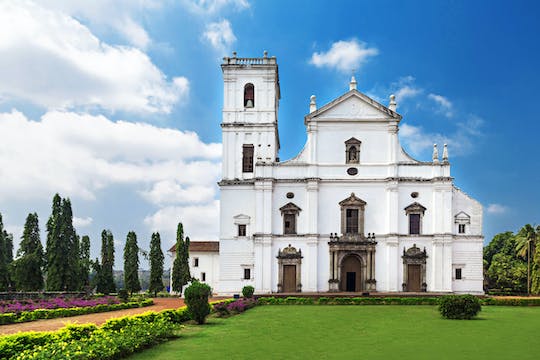 From grand cathedrals to colonial monuments, Goa has much to offer history wise. The morning kicks off in Panaji, where a stroll through its Latin Quarter harks back to the days of Portuguese rule. Then it's time to visit Old Goa. Enter via Vasco de Gama's impressive Viceroy's Arch and after admiring the Basilica of Bom Jesus and the Se Cathedral, you'll understand why the town was once known as the ‘Rome of the East'. In the afternoon, we'll visit a Hindu temple and a spice plantation too. Take a tour and after a brew of its famous spiced tea, we'l round off with a sumptuous Goan buffet followed by a chance to buy some spices to take home. 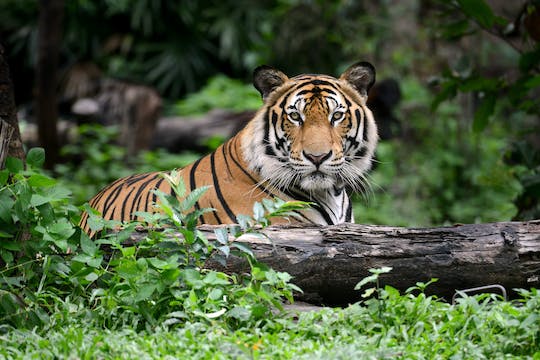 This three-day adventure gives you an unmissable taste of India's wildlife and culture. Travelling by rail, you'll chug your way through the vibrant Goan countryside towards Udupi. Checking into your hotel, you'll head out to explore the town's Hindu temples before dinner. Rising early the next day, you'll set off down the mountain roads of Karnataka for a double dose of adventure. There's an off-road experience in Badra wildlife sanctuary, and a visit to Tyavarekhoppa big cat reserve to spot lions and tigers. After a wild day out, you'll hit the hay in your hotel, ready to reboard your train in the morning. 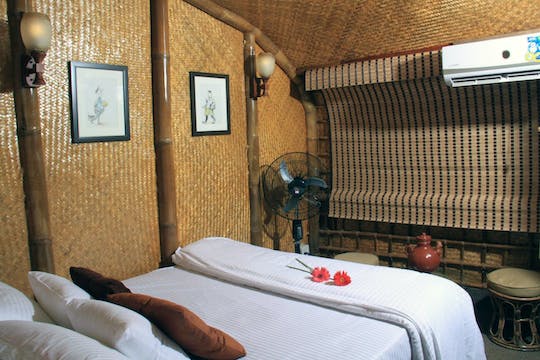 Pass ancient villages, temples and dense forests as you cruise the backwaters of the River Aldona in a traditional Goan houseboat. Gliding gently downstream, we'll stop for a spot of traditional fishing and a chance to admire the scenery. Sunsets on the Aldona are nothing short of spectacular, so after toasting to one with a drink or two, you'll have dinner and watch some live music as the stars come out. Then bed down for the night in your fully air-conditioned cabin and you'll wake up to the chirping of birds on the riverbank. After breakfast, we sail back to jetty for your transfer back to the hotel. 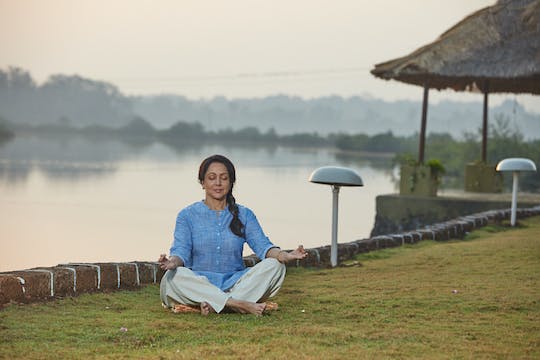 Steeped in spiritual tradition, India is the perfect place to recharge mind, body and soul. Discover the ancient arts of Ayurveda, Naturopathy and Yoga at an exclusive island health retreat and find a path to inner peace.