Gouda is known for her delicious cheese. But this image did not come out of thin air. Schoonhoven, the nearby village, also has tasty cheese. And they had a cheese girl liked by many influential rich men. During this Escape Tour you will wonder through Gouda trying to find the secret escape out of the city.

The cheese girl, Dirkje, wanted to sell her cheese in Gouda. And even though King Lodewijk had forbidden this Dirkje still managed to do it. The king discovered and punished her brutally. Because Dirkje was loved the whole population turned against him and king Lodewijk had to flee in order to escape from his own people.

Sneak through Gouda, just like King Lodewijk once did, while trying to solve the assignments, difficult questions, and fun riddles. You will play the Escape Tour using an app you'll download before starting the race against the clock. Follow the clues, solve the puzzles to escape the city within 2 hours. The escape attempt starts at the Willem Vroesentuin. Good luck!

The search starts at the Willem Vroesentuin. 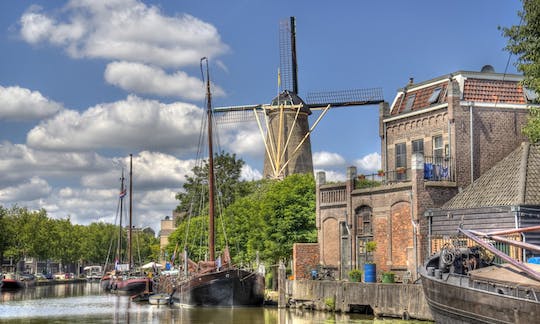 Enjoy a customizable private walking tour of Gouda to see all the highlights. Plan and book your amazing activities in Holland! 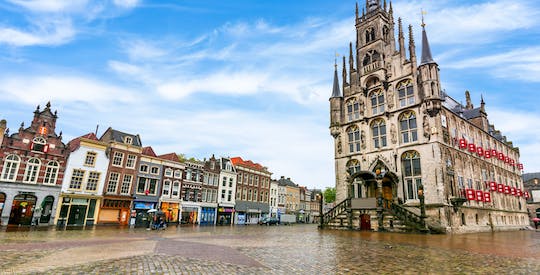 Walk and explore Gouda with a self-guided city trail

Within 2 hours the city trail will guide you along the best spots in Gouda, while playing fun riddles and assignments on your smartphone. Discover the main sights in Gouda's Cheese Town while you enjoy a walk around its main streets. Visit Church of St. John, Gouda Kaasmarkt and the Gouda Cheese Museum with a private guide.