Grab the opportunity and book your tickets to see Helsinki’s most impressive sights, including the Senate Square, Helsinki Cathedral and the Rock Church and take a ferry to Suomenlinna Fortress, a defense construction on a cluster of islands located near the city center. Learn all about the military history and architecture whilst enjoying the refreshing ferry ride to and from the fortress.

This relaxing trip begins with a stop at Senate Square, the magnificent historical center is a great example of 19th century architecture. It offers a view of the impressive Helsinki Cathedral, which towers over the square, the main building of the Helsinki University, the National Library and the Government Palace. Capture the statue of the Russian emperor Alexander II in the middle of the square.

A pre-ferry break will be taken at the bustling Market Square, where you can get a glimpse of the busy life at the unique Old Market Hall and where you'll have the chance to do some shopping. This is followed by a ferry ride to the Suomenlinna Sea Fortress.

The Suomenlinna Sea Fortress started out in the 18th century as a key part of the Swedish empire’s naval defense system. Russian Tsar Peter the Great decided to set foundations of the new Russian capital St. Petersburg at the end of the Gulf of Finland and changed the balance of security on the northern Baltic Sea. Nowadays the Suomenlinna fortress is mainly used for picnicking and recreational purposes, and is a popular destination for curious travellers.

During your visit, you’ll get to see its well-preserved stone walls, tunnels and the dry dock. The irregular network of bastions will give you a good idea of how changing epochs and changing political tides have influenced the fortress’ development. There are also dozens of mysterious, underwater sites around the fortress. Though they cannot be visited, your guide will tell you their stories as well as other interesting secrets that Suomenlinna hides.

Back on the mainland, a private vehicle tour focuses on the architecture, history and everyday life of Helsinki. On the way to the Rock Church you'll pass by the Russian Orthodox Uspenski Cathedral, the Presidential Palace, which also served as the Imperial Palace during Tsarist times, the Ateneum Art Museum, part of Finnish National Gallery, and the Kiasma contemporary art museum.

The tour winds up with a visit to the Temppeliaukio “Rock“Church, a truly unique structure built right into the rock. At the end of this eventful tour, you'll be taken back to the cruise port or hotel.

Meeting point:
What to remember
Read more
When
Read more
Provider
ULKOtours - Russia, Baltics & Scandinavia
Booking fee
Good news! No extra fees are applied to this booking.
Cancellation policy
Receive a 100% refund if you cancel up to 24 hours before the experience begins. 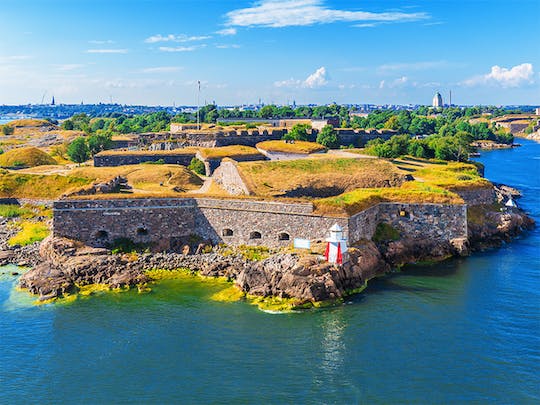 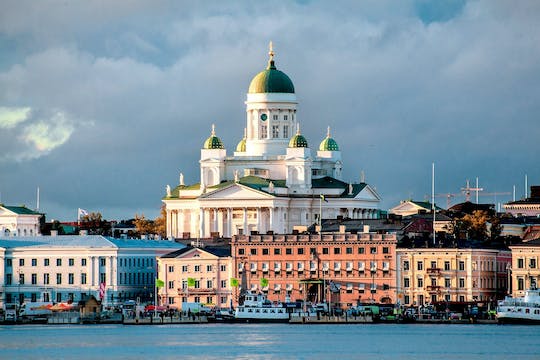 Panoramic private tour of Helsinki with an airport transfer

Discover Helsinki on a panoramic private tour alongside your guide, stroll through the city and discover the city's famous monuments. 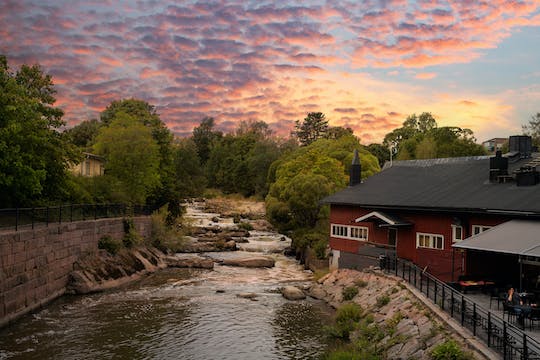 See Helsinki's major attractions and explore some off the beaten path locations in this grand tour which will take you around the city in half a day. 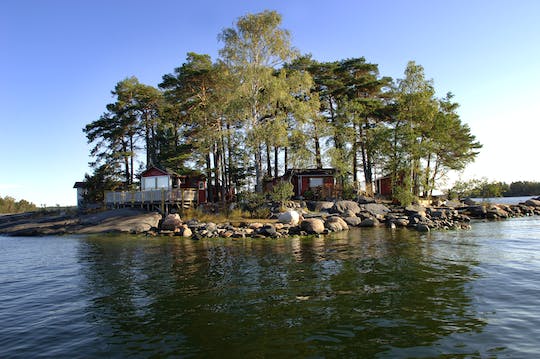 Enjoy a RIB speed boat cruise through the Helsinki archipelago and stop at an island for lunch in this tour that will have your adrenaline pumping.

Tour Helsinki in the water in this tour which will get you cruising along the coast line of the city and showing you some of its highlights. 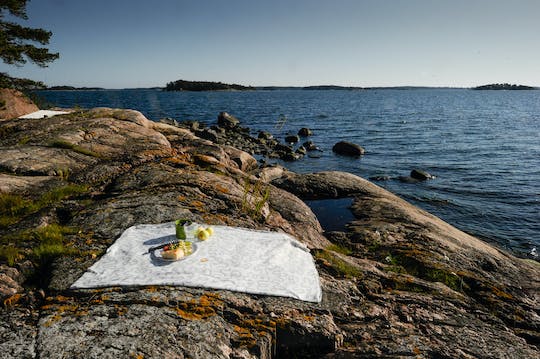 Private island experience for a day

Enjoy an intimate and private day in the Helsinki archipelago in this experience which gives you access to an island all to yourself. Discover how Helsinki is one of the top European LGBTQ-friendly cities and learn about Tom of Finland, his live, his art and his Tom-style drink