On the north coast of Cuba's Holguin province lies a natural park that's dedicated to all things wildlife and environmental. So this trip out immerses you in the deep end with an unforgettable dolphin encounter in the water, a sea lion and dolphin show and a speedboat ride along to Naranjo Bay Natural Park.

This half-day tour will tick off one of your bucket-list experiences – swimming with dolphins. After a refreshing speedboat ride along the coast, you'll park up at the dolphinarium in Naranjo Bay Natural Park, which keeps the dolphins and sea lions as close to their natural habitat as possible in open water pens.

Once you've got to know these playful creatures a bit, you'll be given a lifejacket and the signal to jump on in. During 20 minutes, you'll have a whale of a time – tickling their tummies, watching them roll upside down and cavort around you. An acrobatic show featuring both sea lions and dolphins then completes the experience. There's also the option to have your pictures taken, too.

Not suitable for expectant mothers or guests with limited mobility. Bring bathing gear and a towel. Do not wear sunblock or jewellery. Pictures and videos not included (personal ones are allowed). 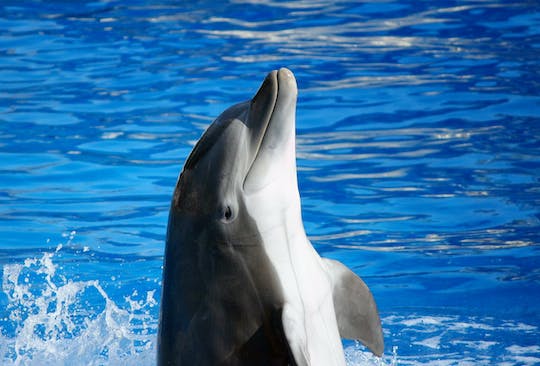 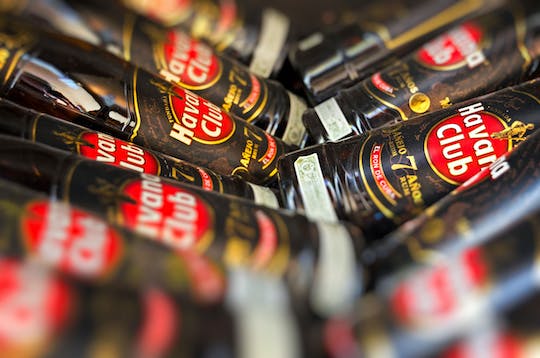 Think Cuba and think cigars and rum. And this tour will introduce you to both commodities and give you an insight into how they've been woven into the fabric of Cuban national identity. A sightseeing tour of Cardenas rounds off the day. 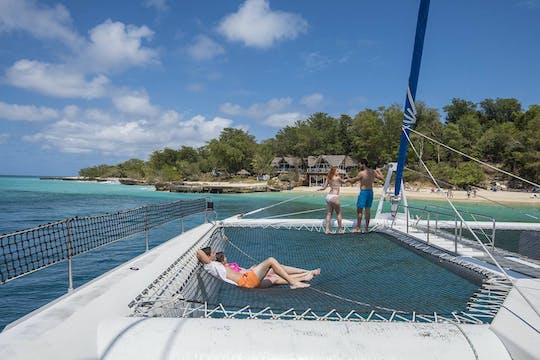 Cayo Saetia, an uninhabited island that's all white sands and clear waters, will be your destination on this full day catamaran cruise. You'll glide over while topping up your tan, snorkel and tuck into some lunch on board. Then head onto the island for the afternoon, and strike out on an optional horseback ride to see the island's wildlife.If you've already had a few days exploring on land, then this catamaran cruise will suit you down to a tee. You'll cast off from Antilla in Nipe Bay, and have a couple of hours to swing in the nets, basking under the sun. A snorkelling stop will be first, where you can paddle around the colourful reefs, then anchor up just off the island to enjoy some lunch on board – things like seafood, chicken, pasta and exotic meats are all on the menu.Then sink your toes into the sand on a secluded beach, and spend some time sunbathing, swimming and exploring. There's an optional hour-long horse ride if you wish, while drinks will already be in full flow on board. If you're ready for a day surrounded by nature, then this tour to Roca Azul Natural Park will have all the family screaming for more. You'll travel into the biopark where you'll encounter animals like ostriches and alligators, set off on a horseback ride through the countryside and fish from boats. There's also a typical lunch included.Once you've arrived into Roca Azul Natural Park, your first stop will be the biopark information centre to get to know what's in store for your day. You'll find ostriches meandering around, alligators and other farm animals that'll keep you entertained with their antics. But the highlight comes with a cross-country horse ride through the park – the best way to explore.You can enjoy a spot of fishing, too, and spend time walking and discovering more. And in true Cuban hospitality, there's a typical lunch to complete the experience. 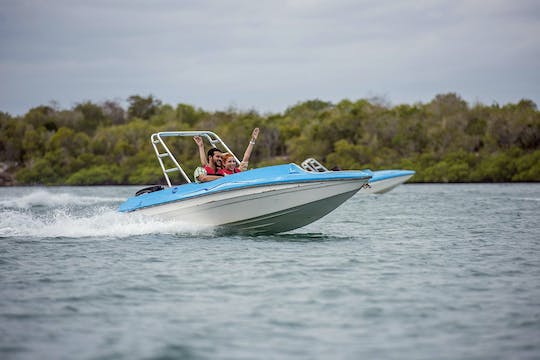 Holguin's less-travelled tracks will be explored on this full day tour. But this exploration takes it a step further – you'll be given the reigns on a horseback ride and put behind the wheel of a 4x4 to discover where Christopher Columbus first set foot on Cuba. There's the added bonus of a speedboat trip in Marina Puerto de Vita.It all begins with a journey through the hills of Holguin to reach one of the first spots where Christopher Columbus first laid eyes on the island, Guardalavaca. It's here where you'll get behind the wheel of a 4x4 and bump along the tracks to Playa Esmeralda while taking in some lovely country scenes.Swapping one powerful machine for another, you'll hop on a horse for a guided trek through Bariay National Monument Park to catch a glimpse of everyday life here. After a spot of lunch and a show at the Taino Village, we'll ramp up the adrenaline levels with a 30-minute speedboat experience. 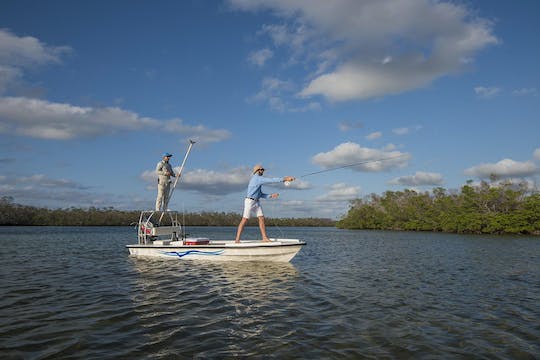 If you're in the mood for some friendly competition, then this mangrove fishing trip will be a hoot. You'll venture into Roca Azul Natural Park to be amongst nature and even enjoy a horseback ride before joining your guide on the boat for some fishing where it's a race to catch the most.The biopark at Roca Azul in Holguin's Naranjo Bay is replete with animals – including ostriches – and vegetation where you can relax for half a day. You'll have the option to take off on a cross-country horse ride to explore a little further before the main event.Your guide will be on the boat, waiting with lines and bait, so you can join them for fishing in the mangroves. It's all in good humour as you battle against one another to catch as many fish as possible in a bid to be the champion. A fun day in the fresh air. 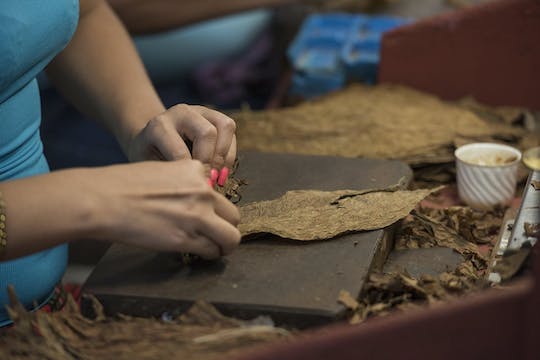 This trip casts the spotlight on Cuba's interior and one of its provincial capitals – Holguin. You'll board a restored steam train for a scenic ride through the countryside, explore the ‘City of Parks' – Holguin – followed by lunch on the top of the Hill of the Cross. There's even a cigar and rum pairing to round it all off.After driving through the countryside, you'll swap wheels for a restored steam train from where it's all aboard for a short ride and an insight into daily life. Then head into the centre of Holguin, which offers up leafy gardens, 18th century townhouses and statues to local heroes.Next will be lunch, which is served with view over the city on top of the Hill of the Cross. And to add a touch more Cuban to your day, there'll be a rum and cigar pairing at the Cigar Lounge in Hotel Playa Costa Verde. 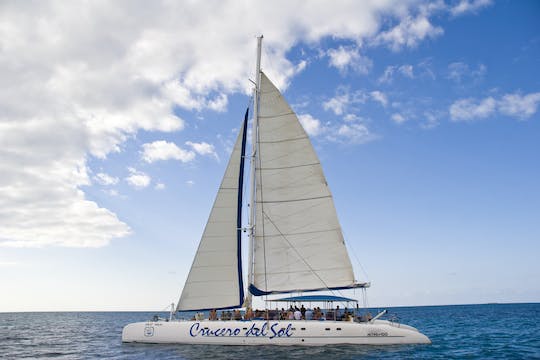 Swimming with dolphins is a once in a lifetime experience. So sandwich that between a Caribbean catamaran cruise and a sumptuous lobster lunch and you're guaranteed to make some magical holiday memories.Setting sail in Holguin province, you'll cruise through the blue waters of the Caribbean with a rum punch in hand. With plenty of time to relax on board, you can enjoy a few more tipples from the open bar or spread out your towel and top up your tan. Then, arriving at Bahia de Naranjo Natural Park, you'll be ready for the main event – swimming with dolphins.All white sand, sea and swaying palms, Bahia Naranjo is the ideal spot for your experience. With fully qualified trainers at hand, you'll spend around 20 minutes in the water with these fascinating, friendly creatures that just love to show off. After a delicious lobster lunch, you'll enjoy a leisurely return cruise, rounded off with a chance to swim or snorkel in a coral reef.