Ischia boasts an abundance of treasures waiting to be discovered. Its rugged landscapes, manicured gardens and pretty towns, makes for a great daytrip. We'll help you unlock some of the island's secrets on this small group guided tour. Star attractions include Villa Arbusto, a winery and the Aragonese Castle.

We begin with a journey to the island's past at Villa Arbusto in the northwest. Built in the 18th century by the Duke of Altri, it's now an archaeological museum packed with classical Greek artefacts. Then there's the Pietratorcia vineyards, where you'll munch on local specialities and wash them down with its wines.

There's also time to wander around the fishing village of Sant'Angelo, one of the best-preserved on the island. With a few pit stops along the way to take in the scenery, you'll arrive at the medieval Aragonese Castle for a guided tour. Occupying a craggy islet off the east coast, it's reached via a causeway – and is like something out of Game of Thrones.

. This is one of our TUI Collection excursions, which give you a local flavour of the destination while showcasing its unique, authentic and responsible values.
Read more
Provider
TUI ITALIA S.R.L.
Booking fee
Good news! No extra fees are applied to this booking.
Cancellation policy
Receive a 100% refund if you cancel up to 2 days before the experience begins. 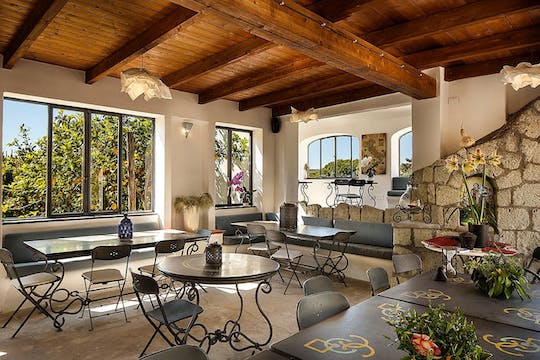 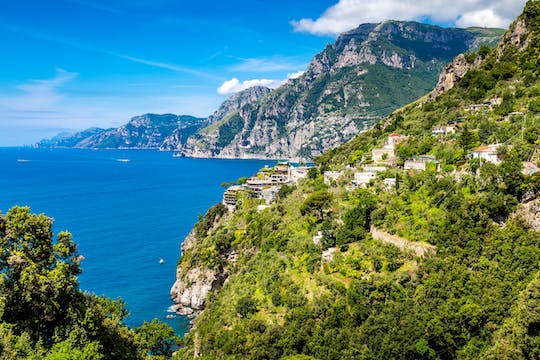 The lure of the Amalfi Coast's cascading villas, vertiginous coastal towns and half-moon beaches all beckon on this full day excursion. A hydrofoil boat ride from Casamicciola in Ischia kicks off the day so you'll be making your approach into Amalfi in time for a cappuccino in one of the piazzas. After a couple of hours wandering the cobbled streets, you'll hop over to Positano, whose colourful buildings appear to hang from the sides of the surrounding cliffs. You'll have another couple of hours to yourself to sample some limoncello, dabble in some boutique shopping or chill out on the beach. Boasting more colours than an artist's palette, Procida is like a postcard come to life. After crossing over by hydrofoil, you'll have three hours to explore at your own pace the smallest island in the Bay of Naples. It's so compact that you could walk from north to south in under an hour. For the best pics, make a beeline for Terra Murata. This elevated headland is also home to San Michele Abbey – a honey-hued church that houses a museum dedicated to the island's dramatic Easter processions. Then head to rainbow-coloured La Corricella harbour. Packed with bars and cafés, stop for a drink or a bite to eat and get a glimpse of local life

free cancellation
Duration from 4 hours to 8 hours
Instant Confirmation
from:
$42.00 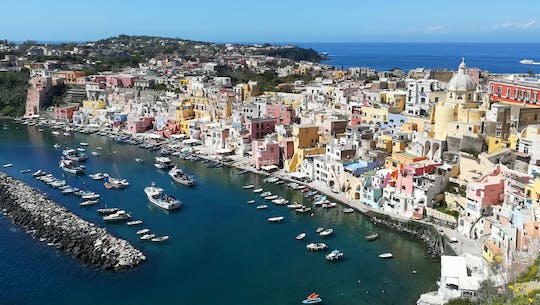 Boasting more colours than an artist's palette, Procida radiates like a retro postcard. After crossing over by hydrofoil, kick off with a guided tour the Bay of Naples's smallest island. We'll stop at Terra Murata, an elevated headland that's home to the San Michele Abbey. We'll visit the honey-hued church and a museum dedicated to the island's dramatic Easter processions. Next up is the lemon garden visit for a limoncello tasting. Rounding off the trip is free time to find your inner compass around the kaleidoscope-coloured fishing village of La Corricella. This full day tour takes you to explore the seaside town of Sant'Angelo. And once you arrive, you'll get stuck in with a guided walk and an exclusive cooking class in the kitchens of the Apollon Club. And what sets this place apart is the fact they use fumaroles – hot steam from underground – to cook the dishes you'll prepare for lunch, which include fresh pasta and a typical fish dish accompanied by wine. Afterwards, relax in the complex of thermal pools that overlook Fumarole Bay before it's time to hop on an electric golf buggy that'll transfer you through the centre to where the bus will be waiting.