Discover Kassel at the shores of the Fulda river during a private and guided walking tour.

Stroll through the city and find out more about its bombing during World War II and its almost complete destruction. See the cityscape of post-war reconstruction and admire the mix of renovated old buildings and 1950’s architecture.

Walk along the Obere Königsstraße and cross the Friedrichsplatz while listening to many stories about the city in the Middle Ages. Marvel at the Druselturm and see the Alte Brüderkirche. Admire the Gothic architecture of the Martinskirche.

Kassel is also famous in connection with the Brothers Grimm, the popular collectors of fairy tales, and famous German writers who lived in the city during the 19th century. Explore the various outdoor works in the city center and experience all the history deeply rooted in Kassel. Find out more about the difference between some of Brother Grimm’s originals and the way they are portrayed today.

Meet your guide in front of the museum. Your guide will hold a signboard together with the name of the guests on it. 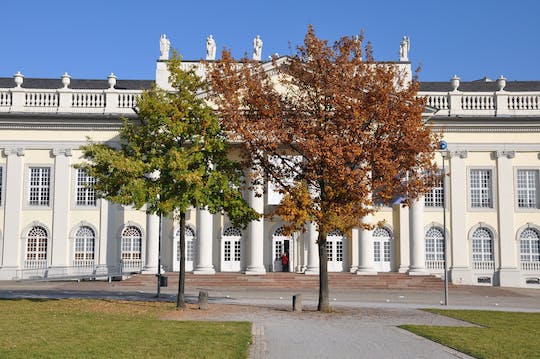 Experience Kassel on a guided tour Hear more about the history of the city and admire the historical buildings.