Auschwitz is one of the best-known concentration camps in the world; it is a place of genocide where approximately 1.5 million people were killed during WWII. The tour includes a visit to Auschwitz I - the administrative center of Auschwitz death camp and Auschwitz II, designed and constructed as an extermination facility. The place has remained a living monument of death. Every year, millions of visitors from around the world walk through the gate bearing a fallacious inscription: Arbeit Macht Frei – „Work sets one free” defeating the same route as prisoners for over half a century ago.

The program of the visit comprises the introduction to the origins of the camp, its history and the everyday life of its prisoners. The Auschwitz-Birkenau complex was established in 1940 and throughout the five years of its inglorious operation over 1.5 million Jews, Poles, Italians, and Frenchman perished here. It should be emphasized that the prisoners of Auschwitz originated from every country in Europe.

The museum was founded in 1947, combining the area of KL Auschwitz (Auschwitz I) in Oswiecim and the Birkenau camp (Auschwitz II) in Brzezinka. It comprises approximately 150 buildings and 300 ruins. The original roads, fences, watchtowers, and railway ramps have been preserved. The buildings house the collection of original exhibits and documents. In 1979, the concentration camp was designated as one of the UNESCO's World Heritage Sites.

Your professional guide will help you understand the enormity of the tragedy that has happened here and share detailed information. The guide will tell you about the daily life of prisoners in the camp and the inhuman realities in which they lived.

If you are staying in Kraków just for a weekend, this is the perfect solution for you - that way you can have time for other activities later in the day.

Meeting point:
Meet your guide at the Kiss&Ride stop.
What to remember
Read more
When
Read more
Provider
Discover Cracow
Booking fee
Good news! No extra fees are applied to this booking.
Cancellation policy
Unfortunately, we can't offer you a refund nor can we change or cancel your booking for this particular product, due to our partner's policy. Book your Wieliczka Salt Mine and Oskar Schindler Factory guided half day tour from Krakow with Musement. Discover the magnificent salt lakes with an expert guide Self guided tour with interactive city game of Krakow

Explore Krakow in a unique and affordable way. A self-guided city trail will guide you to the best spots in the city while playing fun riddles and assignments on your smartphone. 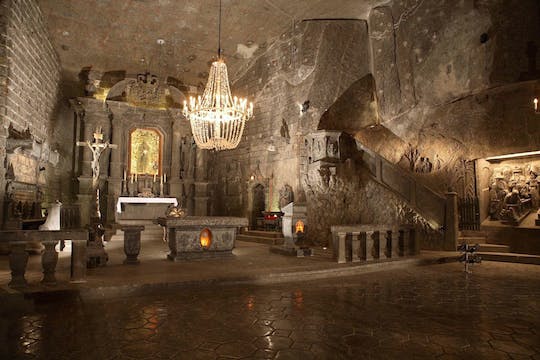 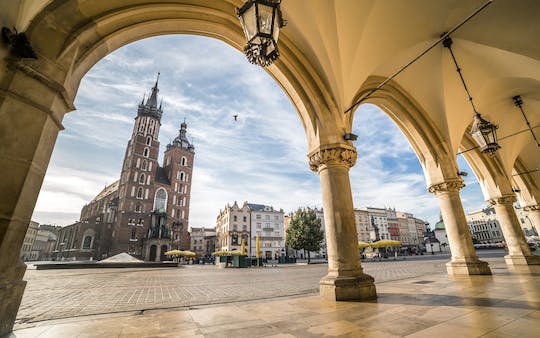 Get access to over 40 museums in Krakow and explore the city at your own pace. Visit the most popular sites such as Oscar Schindler's Factory, Eagle Pharmacy and St. Mary's Basilica. Book a guided tour from Krakow and follow the Wooden Architecture Route in Malopolska. See the village of Lanckorona, Stryszow and Wygiełzów Heritage Park.