Called “the greatest mentalism act in the world” by Penn & Teller, Banachek’s Mind Games Live will open with an act that will astonish the audience, setting the tone for a nonstop heart-pounding journey where Banachek introduces one incredible act after the next, demonstrating why he is known as “the world’s greatest mind reader.”

His escapes from underground have been unlike anything any other illusionist has performed, during which he has nearly died...twice. Banachek is the most in-demand consultant by the world’s top magicians and mentalists, including David Copperfield, Penn & Teller, Criss Angel and David Blaine. He is the most awarded mentalist in the nation and is an esteemed recipient of the Psychic Entertainers Creativity award and The International Magicians Society award.

Banachek has performed on more than 50 major TV shows from CNN Live to TODAY and has had hundreds of appearances on TV shows around the world. He has appeared on and produced more than 100 TV programs for Criss Angel, and has been highlighted in almost every major magazine and newspaper from the New York Times to the National Enquirer. He is also a regular on Joe Rogan’s podcast.

Meeting point:
The STRAT Theater at The STRAT Hotel & Casino.
What to remember
Read more
Provider
The STRAT Hotel and Casino
Booking fee
Good news! No extra fees are applied to this booking.
Cancellation policy
Receive a 100% refund if you cancel up to 24 hours before the experience begins. 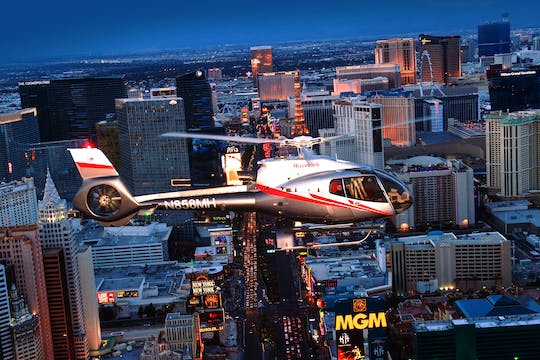 See Las Vegas from above on this breathtaking 15-minute flight with extraordinary views of iconic landmarks.