Enjoy a morning full of spirituality visiting one of the most emblematic monasteries of La Rioja! The monasteries of Yuso and Suso are part of a religious institution founded in the 6th century by San Millán. They were declared World Heritage by UNESCO in 1997.

You will be picked you up at your hotel/apartment to take you to the destination, and you will have the opportunity to visit both monasteries on a visit that lasts approximately 1.5 hours in total.

The first records in Spanish were found in these monasteries! At present, it is a convent of friars of the Order of the Augustinian Recoletos. Do not miss the opportunity to discover all the details of these medieval monasteries.

What to remember
Read more
When
Read more
Provider
Local Experts Tours - by Donostyle
Booking fee
Good news! No extra fees are applied to this booking.
Cancellation policy
Receive a 100% refund if you cancel up to 24 hours before the activity begins. Boom this Tour to Bilbao,Guggenheim Museum and San Juan de Gaztelugatxe from Logroño and discover the Basque region that surrounds Bilbao called Biscay 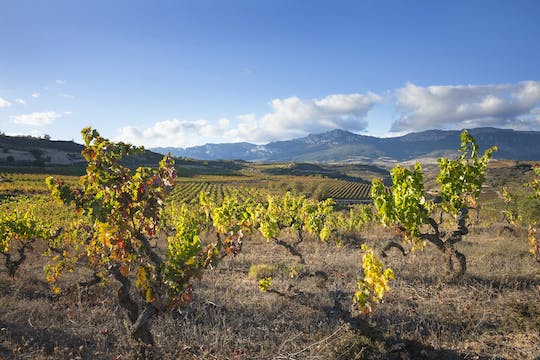 Small-group tour to San Sebastian and Basque coast from Logroño