Panoramic tour of London in Spanish

Explore the city of London by coach, with photo stops at the most popular attractions, including Parliament Square (where you'll get a closer look to Big Ben and the Houses of Parliament) and Buckingham Palace, where you'll get to see the the Changing o the Guard (only if it takes place on that time and day). After this you'll explore some of the most iconic boroughs of the city, like Kensington, Belgravia, Mayfair and Westminster, and as you pass through their beautiful squares, palaces, commercial districts and parks, your Spanish-speaking tour guide will give you some insight on the area.

The tour's structure is as follows:

What to remember
Read more
When
Read more
Provider
Eurowelcome Latin Travel
Booking fee
Good news! No extra fees are applied to this booking.
Cancellation policy
Receive a 100% refund if you cancel up to 1 day before the experience begins. 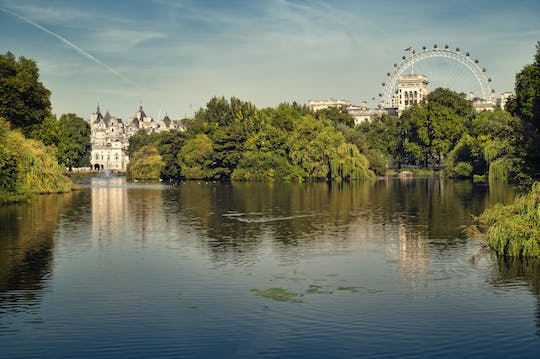 Panoramic tour of London in Spanish