Meet your guided tour at your hotel's lobby, take a sightseeing tour of Luang Prabang, the ancient first capital of Lane Xang kingdom, the center of religious life in Laos and today the World Heritage City.

Begin to explore sacred city of temples, of which nearly fifty still remain in the town and surrounding areas. Visit the National Museum, the former Royal Palace which houses the collection of valuables including the famous Prabang Buddha statue, gifts received from foreign dignitaries…etc; Wat Visoun, the 16th century temple served as a small museum for religious artifacts; Wat Aham, the early 19th century temple whose two guardian figures at the foot of the steps which represent two characters from the Ramayana – Hanuman, the Monkey God and a fierce Yaksa; Ban Xangkhong, the well-known village for its wood making papers and also Lao silk weavings with natural dyes, which is about 5 km from the city; Wat Xiengthong, the 16th century temple which, more than any temples in Luang Prabang, epitomizes all the elegance and grace of Luang Prabang architecture.

You will be asked to provide your accommodation details and contact number for hotel pick-up service at the time of booking. Take a boat trip along Mekhong river to visit Pak Ou and see the local lifestyles before visiting Ban Xanghai, the well-known village for Lao traditional rice whisky to be distilled and tasted. 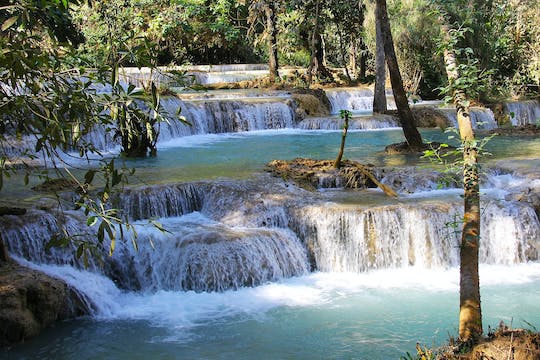 Enjoy exploring and relaxing at Kuangsi waterfall, and touch the local three main ethnic groups of Lao people to learn their cultures and lifestyles. 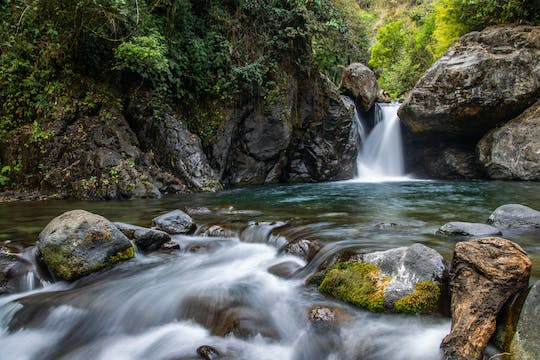 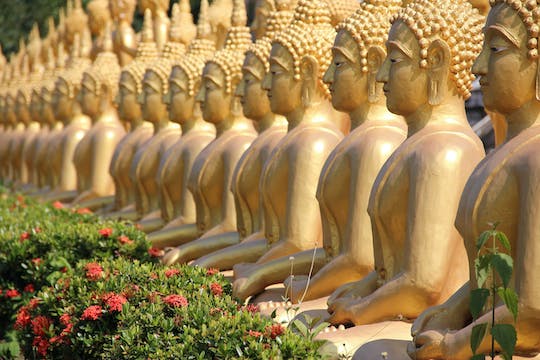 Visit Dao Heung market and some famous temples in Pakse, then see a giant golden Buddha statue and enjoy panoramic view of Pakse's landscape until sunset. Take a traditional long tail boat to cruise down the Mekong River and enjoy the tranquil scenery along the way including the Khongphapheng falls, largest waterfalls in South East-Asia.