Take in stunning aerial views of world-famous New York City landmarks on this private helicopter tour. All flights are personally narrated by friendly and experienced pilots. Couple's private flights conveniently depart from Midtown Manhattan heliports and fly directly over major New York landmarks. You'll get to fly between the Statue of Liberty and Yankee Stadium (outside game times), get a birds-eye view of the Empire State Building, the Chrysler Building, Central Park, the George Washington Bridge, the Hudson River, Madison Square Garden, the Freedom Tower, the Financial District, Ellis Island, Brooklyn Bridge and much more!

What to remember
Read more
When
Read more
Provider
Wings Air Helicopters
Booking fee
Good news! No extra fees are applied to this booking.
Cancellation policy
Receive a 100% refund if you cancel up to 48 hours before the experience begins. 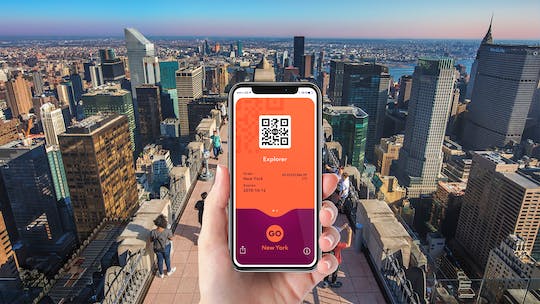