Two of Tunisia's coastal cities will be in focus on this full day tour, rounded off with a typical lunch at a country farm. Explore Bourguiba mausoleum in Monastir first, then delve into the white-washed medina of Mahdia.

First up is the grand Bourguiba mausoleum in Monastir. Resting place of the late president Habib Bourguiba, known as the father of Tunisian Independence, take a look around its golden dome, surrounded by two 82ft minarets. You'll also catch a glimpse of the Ribat of Monastir, built by the Arab conquerors.

Then we'll continue along the Mediterranean coast to Mahdia, with its foreboding El Kebir fortress on the highest point of the peninsula. This time you'll head into the spice-scented medina, breaking for a coffee in the winter sun. And finally, lunch will be served at a rustic farm, made using ingredients grown there.

. This is one of our TUI Collection excursions, which give you a local flavour of the destination while showcasing its unique, authentic and responsible values.
Read more
Provider
TUNISIE VOYAGES
Booking fee
Good news! No extra fees are applied to this booking.
Cancellation policy
Receive a 100% refund if you cancel up to 1 day before the activity begins. Leave Djerba behind for the day on this fun cruise through the Mediterranean. Boarding a replica pirate galleon, it all begins the moment we cast off from shore. Settle on deck and watch a swashbuckling show or try your hand at some fishing en-route to Pink Flamingo Island. The sight that awaits is something special – think sugar-white sands, straw huts and blue-green shallows. Once your boat has dropped anchor, swim or snorkel the waters, sprawl out on the sands. Later, lunch is washed down with soft drinks, before more time to sunbathe or swim on the journey back to port.

Free cancellation
Duration from 4 hours to 8 hours
Instant Confirmation
from:
$26.00 Leaving behind the well-trodden tourist trails, this quad bike safari takes you even deeper into the Tunisian countryside. Rev and roar your way along dusty tracks and trails, and feel the exhilaration of sightseeing at a fast pace.After a quick safety briefing on how to use your quad bike, you'll be ready to grasp the adventure before you with both hands. You'll set off in a guided convoy to see all the shades and shapes of the Tunisian countryside near Port El Kantaoui.Criss-cross down different tracks and manoeuvre your quad bike over bumps and bends like a pro. By the end, you'll be ready to jump in a pool, but there's nothing quite as adrenaline-charged as a quad bike adventure.

Free cancellation
Duration up to 1 hour
Instant Confirmation
from:
$29.00 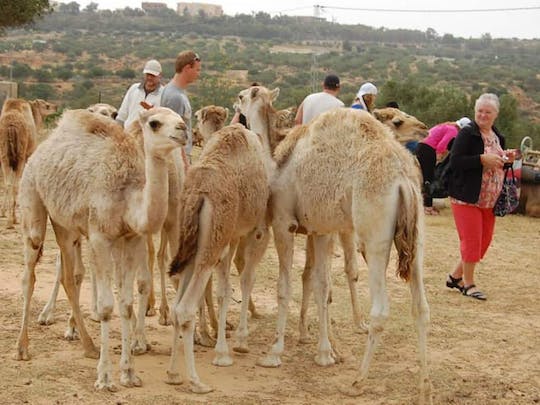 There's still no better way to explore a desert than on the back of a camel. This camel caravan adventure allows you to become sultan of the sands and discover aspects of traditional country life in Tunisia. 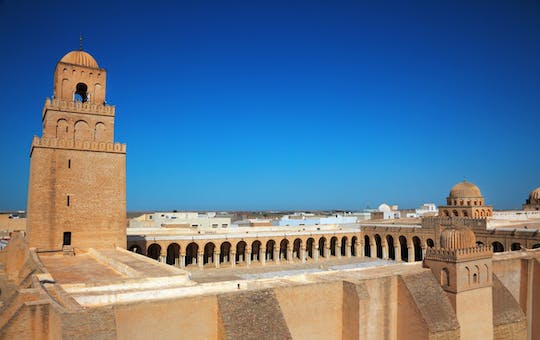 The past is part of the landscape in Tunisia and nowhere more so than Kairouan – the country's holiest city – and in the Roman colosseum of El Jem. You'll make a pilgrimage back in time to both during this history-drenched full day excursion.Kick off in the walled city of Kairouan. Visit Africa's second-oldest mosque and explore the crumbling medina quarter. The interior of the Great Mosque is dazzling. The ornate tiles, intricate carpets and pine-shaped chandeliers are beguiling and even the drains are beautifully decorated. Next, marvel at the elaborate tiles and stucco of the Sidi Sahbi mausoleum then wander the medina's meandering alleys of whitewashed houses with faded blue and green doors and window frames.There's a stop for lunch at midday before visiting El Jem Colosseum, the third-largest built by the Romans. During its heyday, up to 35,000 spectators would pack its steep stands to watch gladiatorial fights and chariot races. 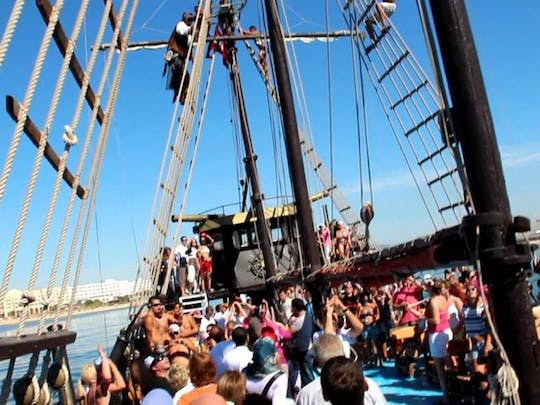 Many places that trade on their pirate past, but few can actually match Tunisia's authentic heritage in this department. Now you can immerse yourself in this swashbuckling world with a day at sea, which includes swimming and snorkelling stops as well as snacks and drinks on board this replica pirate galley.Your adventure begins the moment we sail from Sousse harbour into the Mediterranean, just as the Barbary pirates did for centuries. But while they struck fear into European coastal communities as far afield as Iceland, we'll be going out to have wholehearted fun. Lots of fun.There'll be stops to dive into the sea for swimming and snorkelling – and plenty of time to dry off on-board while chillin' with soft drinks and munching on snacks. As a fun morning for the whole family, this pirate adventure in a replica Barbary galley is hard to beat.

The remote Berber villages of Tunisia's Atlas Mountains are about as far away from modernity as you can get. Your adventure begins the moment you leave your hotel for Takrouna. This quiet village, perched on a rocky spur, was the site of a WWII battle. Then it's on to Dar Zaghouan cottage for a cookery demonstration and lunch. Next, you'll drop by the Roman-era Zaghouan Water Temple en route to little-visited Uthina. Admire the amphitheatre – where up to 16,000 spectators watched gladiatorial combats – and mosaics unearthed in villas.

Bartering for bargains in Tunisia's spice-scented souks is fun, but if you want a stress-free shopping experience, head to Sousse Mall. Take advantage of our easy transport option to this sleek, modern mall full of top Tunisian fashion outlets and plenty of places to eat. And as everything has a fixed price, there's no need to haggle.