Take a private small-group tour from Prague to Terezín, which was built in the 1790s by Habsburg Emperor Joseph II as a fortress to guard the Northern approaches to the Bohemian heartlands.

Your tour will start at your hotel in Prague from where your guide takes you on a 45-minute drive to Terezin.

Learn about the small fortress, which forms part of the Terezín fortification system and was used in World War II as a prison and place of punishment for both military and political prisoners. As a concentration, transit camp and a ghetto, it was used for Jews from the Protectorate of Bohemia and Moravia, and later also from Germany, Austria, the Netherlands, Denmark and Slovakia.

You will see many artifacts in the museum of Terezin Concentration Camp, such as a collage of drawings by children imprisoned at the camp and the propaganda movie, which was produced by the Nazis to present Terezin as a "gift" to the Jews from Hitler.

You will also be able to enter the gate of the Terezin concentration camp Small Fortress, a former Gestapo prison. Walk through and learn about the prison barracks, the execution grounds where firing squads murdered innocent people, the workshops, the dark solitary confinement cells and a cemetery that was built after the war. At the end of your Terezin visit, you will be taken back to your hotel in Prague.

Meet your guide at the lobby of your hotel. Please contact the tour operator after the booking to indicate your hotel address.

When
Read more
Provider
Randon Travel agency
Booking fee
Good news! No extra fees are applied to this booking.
Cancellation policy
Receive a 100% refund if you cancel up to 1 day before the experience begins. 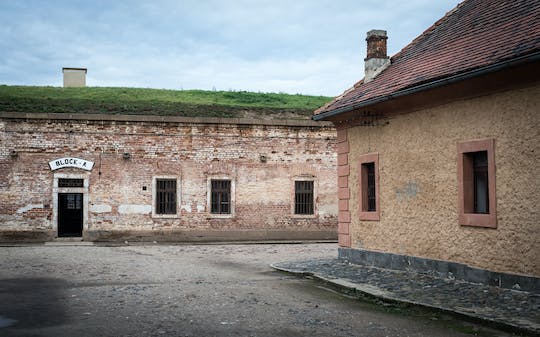 Book your ticket for your lunch cruise in Prague to see the city's stunning sights and landmarks as you sail along the Vlatva River. Live music!

Save time and skip the lines with this ticket option to Prague Castle. Visit this spectacular attraction in Prague and enjoy the beautiful interiors and history.