Discover the National Archaeological Museum of Reggio Calabria, one of the most important museums in Italy for its rich collection of Ancient Roman and Greek finds. Here you'll admire the Riace bronzes, two masterpieces of ancient Greek art. The statues, that were found by chance under the sea, were probably on a boat that tragically sunk and whose remains were never found. During your visit, you'll get the chance to see plenty of other important findings including the "Head of a philosopher" and the group of the "Dioscuri falling from their horse in the battle of Sagra".

At the Archaeological Museum of Reggio Calabria ticket office

Every day except Monday from 9.00am to 2.30pm every half of hour

Read more
Provider
Askos Tours
Booking fee
Good news! No extra fees are applied to this booking.
Cancellation policy
Receive a 100% refund if you cancel up to 1 day before the experience begins. 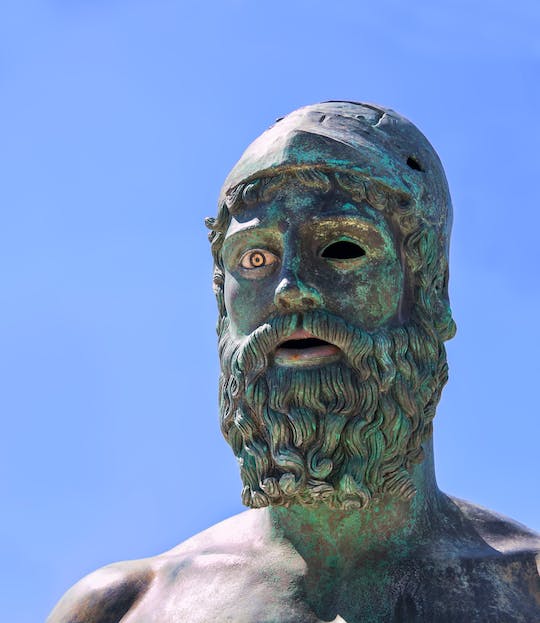 free cancellation
Duration up to 24 hours
Instant Confirmation
(16)
from:
$64.00