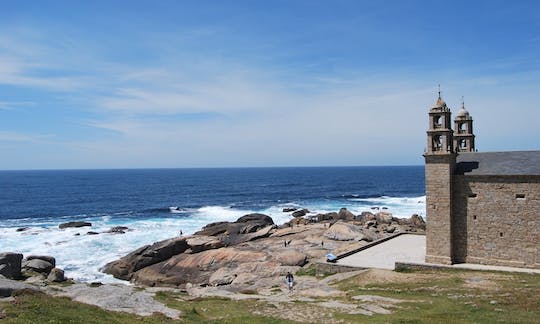 Availability: Depending of the season

Take a day to get to know the Costa da Morte and the most rugged Atlantic coast facade in Galicia. Discover places of unique and stately beauty, such as Ponte Maceira and Muros, which has the privilege of owning an authentic marine quarter. Muros, with its beautifully restored old town, maintained its original image and now is its own sign of identity against the excesses of the coastline.

The next stop is Ézaro in the extreme south of the Coast of Death. The waterfall of Ézaro is the only waterfall in Europe where fresh water pours directly into ocean. See Cape Finisterre Lighthouse, the westernmost area of Europe. Since ancient times, this place was considered by the Romans to be the end of the earth. Here you can enjoy stunning views of the cliffs, brave the waters of the Atlantic, and also take some free time for lunch in the town of Finisterre.

Finally, discover another essential point, Muxía, a typical fishing village well known for its Virxe da Barca sanctuary, a baroque building built in the 11th-century chapel with a balcony facing towards the sea. Do not miss the opportunity to discover one of the most unique areas of Galicia.

8.40am: outskirts of the city, at Palacio de Congresos y Exposiciones de Galicia (in front of the main gate where the flags are)

9.00am: in the street Calle Senra (city center) in front of the bakery 'Miguez'

Please arrive at the stop 5 minutes before the departure time

What to remember
Read more
When
Read more
Provider
VIAJES VILORIA,S.A
Booking fee
Good news! No extra fees are applied to this booking.
Cancellation policy
Receive a 100 % refund if you cancel up to 1 day before the activity begins. 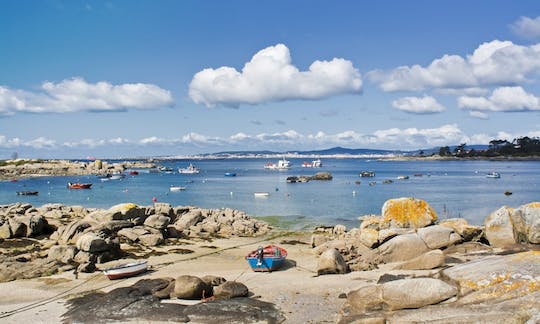 ExploreGalicia on a full-day trip from Santiago de Compostela to the Rías Baixas. Stop off in towns ...

Finisterre and Coast of Death tour from Santiago

Start this tour at 09.30am in Santiago de Compostela before going to Muxía to visit the Sanctuary of... 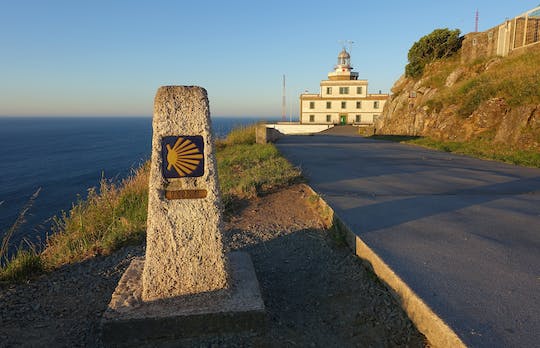 Combine nature and culture with this one day trip from Santiago de Compostela to Finisterre. Enjoy v... 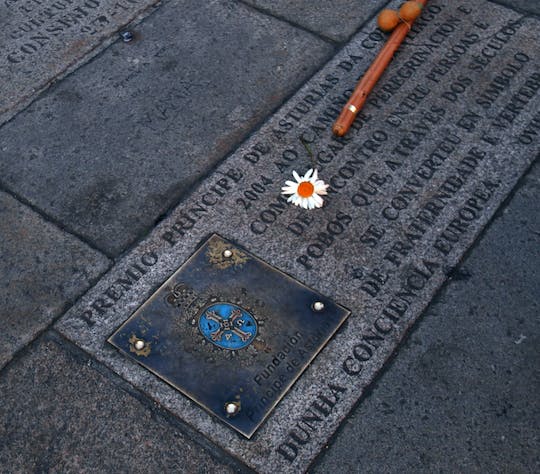 The tour will start at Rúa do Vilar number 21 street (NIKIS shop). From there, you'll head to the en... 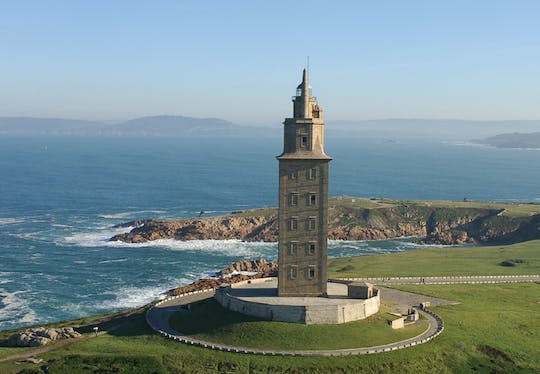 Full-day tour to A Coruña, Finisterre and Muxia

You'll visit three main sports in Galicia in only one day: A Coruña, Finisterre and Maxia.At 9.30am ... 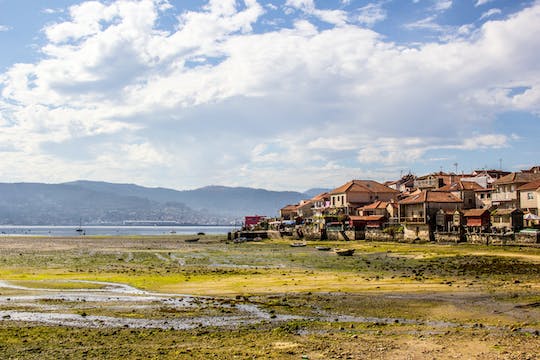 Visit Rias Baixas, known for its winemaking traditions and stunning natural landscapes. On this 9-ho... 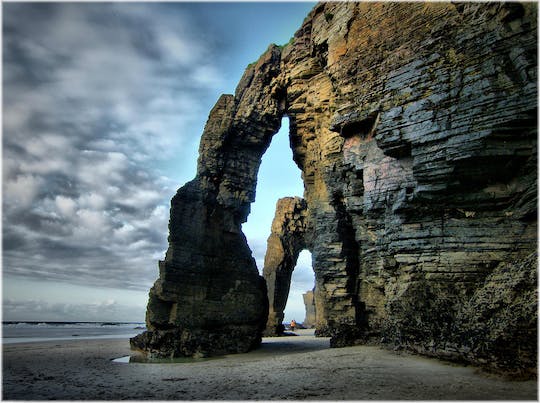 Leaving Santiago de Compostela, you'll go to the wonderful city of Lugo, a city famous for its incre...