Just beyond Sorrento lies one of Europe's most enchanting stretches of coastline. On this full-day excursion, you'll drive along the jaw-dropping Amalfi Coast and explore two of its most emblematic towns – Amalfi and Ravello.

The Amalfi Coast's beauty has inspired the likes of novelists EM Forster and DH Lawrence as well as composer Richard Wagner to put pen to paper. And it is easy to see why – it's the stuff of postcards. Pass pearls such as Positano and Praiano as we snake along dramatic coastal roads to Amalfi itself. After lunch – included – there's free time to wander the colorful alleys that cascade down towards the sea. The striped-façade cathedral is a must-see.

When
Read more
Provider
Acampora Travel
Booking fee
Good news! No extra fees are applied to this booking.
Cancellation policy
Receive a 100% refund if you cancel up to 24 hours before the activity begins. 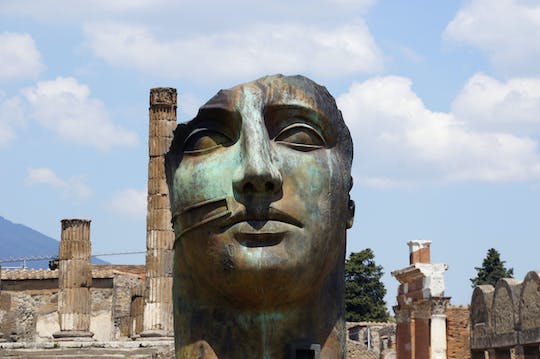 Of all the Roman ruins in Italy, none is as poignant or fascinating as Pompeii. Buried under volcanic ash by the 79 AD eruption of Mt Vesuvius – which still looms large in the distance – Pompeii brings to life ancient Rome. You'll tread the cobbled streets brought to life by a guided commentary through headsets. All the major highlights here are covered – the forum, thermal baths, gymnasium and the market piazzas. You can still see frescoes on the walls of the homes of the Roman elite. Walking through its ruins is like leafing through the pages of a living history book. 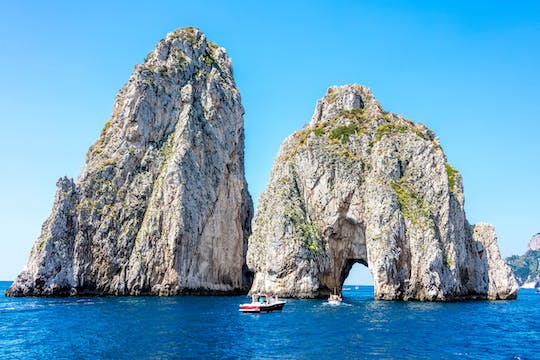 Cosmopolitan Capri has been a magnet for the rich and glamorous for decades – everyone from Jay-Z and Beyoncé to Elton John has been spotted on the island's well-groomed shores. You'll glide over on a leisurely cruise in a 12-person boat to spend a few hours on the island. 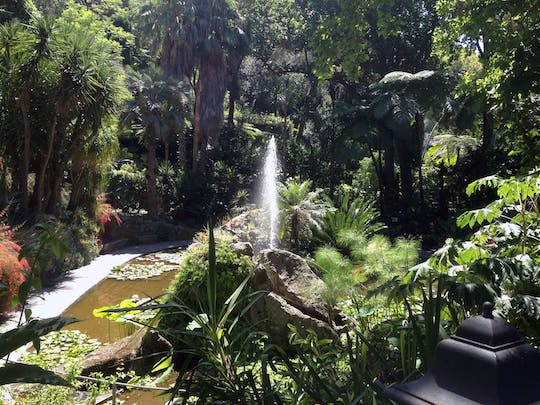 Dominated by Mt Epomeo, Ischia's a small but mountainous island off the northern tip of the Bay of Naples. With blossoming gardens, spa towns and jaw-dropping scenery, it also makes for a delightful day trip from Sorrento. First up is the hydrofoil crossing from Sorrento to Ischia, where you'll take a panoramic drive to see its highlights. In the afternoon it's on to the subtropical La Mortella Gardens. Created by English composer William Walton and his wife, they feature more than 300 rare and exotic plants, along with ornate statues and waterfalls. Then, enjoy more free time until it's time to board the boat again. A Taste of Naples

Naples is rich in heritage and culinary culture – and this tour combines both to give you a real taste of the city. Stroll past the Royal Palace, the church of San Francesco di Paola in Piazza del Plebiscito and towards the lavish Galleria Umberto I as well as Europe's oldest opera house. Our destination is the loud and proud Pignasecca street market and the narrow Spaccanapoli – the 2km-long alley that bisects the old town – while munching on a ‘cuoppo di frittura' during the walk. There's also the chance to try sfogliatella pastry. On the way back, there's a tasting at a limoncello factory. Temples and mozzarella might not work as pizza toppings but for a cultural daytrip, they're a perfect match. First up is the ancient Greek city of Paestum. Amid its ruins stand three colossal temples – those of Hera, Athena and Neptune. There's also a great museum on site, where you'll discover finds excavated from the site and learn about life in ancient Paestum. We'll then drop into a mozzarella farm. Here, you'll learn how water buffalo are milked, before a chance to try real fresh mozzarella made by the experts. A real history fest, this tour takes place in Pompeii, the city that lay buried for centuries. It was all the way back in 79AD when Mt Vesuvius blew its top and covered Pompeii in ash. But the incredible thing is that you can still see remains of temples, villas and streets look more or less as they did 2,000 years ago. You'll have skip-the-line entry to get your tour underway with complete ease, and the use of Augmented Reality glasses to bring the town's past to life. After a light lunch, you'll begin your journey up Mt Vesuvius, the only active volcano on Europe's mainland. As you can imagine, the views from the top are phenomenal.