Visit the charming small town with its preserved Viking-age street network, covered by traditional houses from the 18th century. Go to the museum to learn about the Viking and Medieval history of the town, which was once the royal and religious center of Sweden.

Go on a guided walk in the town to see romantic church ruins and intriguing Viking runestones. Stroll around the beautiful shoreline of Lake Mälaren. The runestones tell stories about Vikings and the church ruins about Christian life after the Viking age.

On this tour, you will also see the palace of Wenngarn from the 1600s. This was the residence of Magnus Gabriel De la Gardie, the richest and most powerful nobleman during the 1600s. He is viewed by some historians as the most lavish person in Swedish history! The palace itself contains a preserved church, one of the best-preserved examples of Baroque architecture in Northern Europe. On the walls, they have several original paintings preserved from the 1600s. Learn about the life of the Swedish nobility as well as the farmers’ life during the 1700s and 1800s.

Close to the Wenngarn palace, there is a well-preserved farm called Viby, unchanged since the 1700s. This is uncommon in Sweden since they made a few big agricultural reforms in the 1700 – 1800s that changed the look of the farmsteads drastically. Stroll around in the pretty environment with red countryside buildings and learn about the life of the Swedes 200 – 300 years ago.

You will be picked up at your central Stockholm hotel/accommodation (within a 5km radius of Stockholm). It is also possible to be picked up from the port if you are arriving on a cruise on the day of the tour.

When
Read more
Provider
Sweden History Tours
Booking fee
Good news! No extra fees are applied to this booking.
Cancellation policy
Receive a 50% refund if you cancel up to 2 days before the experience begins. 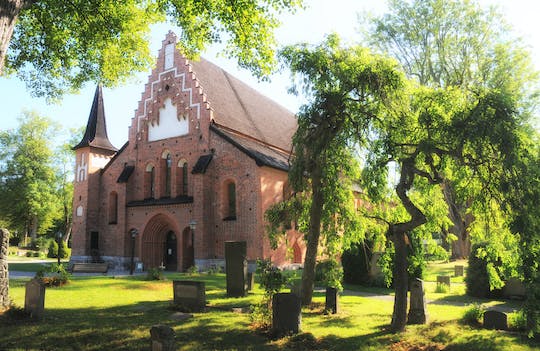