Explore Tirana - one of the most colorful capitals of Europe - on a guided tour in the city center. See examples of Ottoman and Communist-era architecture interweaving with exceptional street art.

The tour begins at the Scanderberg Square - named after an important Albanian figure of the 15th century, who successfully resisted Ottoman invasion for 25 years. Here your guide will tell you about the Ottoman Empire and the role of Tirana in its structure. The next stop on the itinerary is Et'hem Bey Mosque - one of the few buildings in typical Turkish style in Tirana. Learn about the difficulties faced by the clergy during communism and how the life of the citizens looked like in these times. Continue on your walk to King Zog’s Palace, National Martyrs Boulevard, and the former residential quarter for Communist party leaders.

At the end of the walking tour, you’ll visit the National History Museum to learn about the history of Albanians. This tour will give you a possibility to observe how the city changed over the centuries and which components create its particularity and charm.

Meeting point:
Meet your guide in Skanderbeg Square in Tirana.
What to remember
Read more
When
Read more
Provider
Sondor Travel
Booking fee
Good news! No extra fees are applied to this booking.
Cancellation policy
Receive a 100% refund if you cancel up to 24 hours before the experience begins. Mobile voucher accepted
from:
$20.00
Sorry, it's sold out
Unfortunately all tickets have been sold out for this event 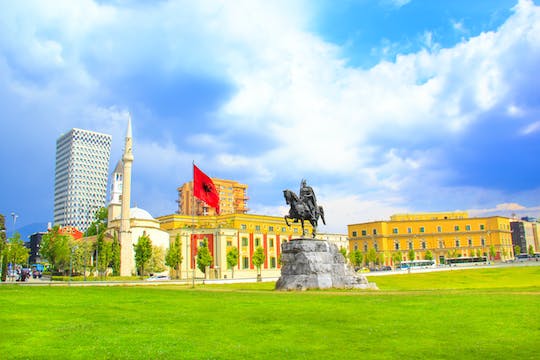 Explore the colorful Ottoman-era architecture of Tirana with a local guide. See the beautiful castle of Tirana, hear the history of the Et'hem Bey Mosque and discover what is inside the National Historic Museum

Discover Albania's capital city on a 2-hour walking tour with a charismatic local guide. Ride the longest cable-car in the Balkans, visit the National Historic Museum and hear about about Scanderbeg Square, Myslim Shiri and the Pyramid. Explore Tirana during the most magical time of the year. Visit the old-fashioned Christmas Market at Saint Teresa Square and see Scanderbeg Square, Myslim Shiri and the Pyramid. 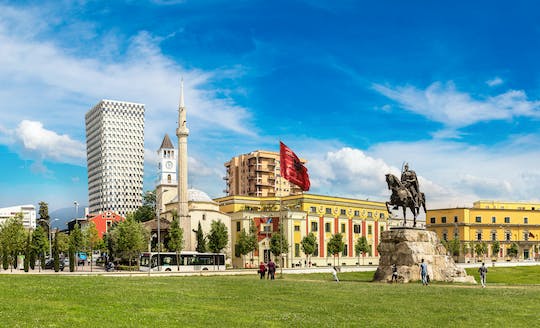 Discover the beautiful city of Tirana on a half-day tour of its green spaces with a local guide. Ride the longest cable-car in the Balkans, see the Clock Tower, Et'hem Mosque, Piramida and visit the Grand Park. Visit Albania's capital city of Tirana on a 3-hour walking tour with a local and charismatic guide. Learn about the Ottoman Empire, See soviet-era buildings and visit the National Historic Museum, Piramida and National Art Gallery. 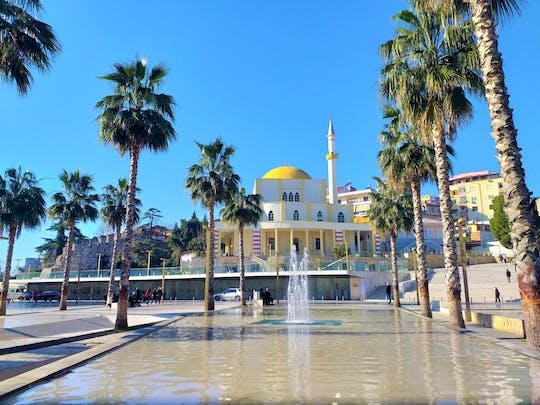 Experience all the flavours of Albania with a visit to her oldest city and a sampling of locally made brandy and wines. First up is the walled city of Durrës. Once an important outpost of the Roman Empire, it's now a vibrant and modern port area. Your expert guide will show you all the monuments including the 5th century fortress and the ancient Greco-Roman amphitheatre. You'll then hit the archaeological museum to marvel at its impressive collection of finely carved statuettes, busts and stone sarcophagi. After free time to explore, we'll head to a local distillery for a snifter of traditional Albanian brandy.