Edu Imbernon is a great example of how an artist, despite his enviable youth, can be respected very quickly in the complicated electronic circuit - let us say that even beyond - and that thanks to his tenacity and talent, he sees his career as Producer and DJ. This versatile Valencian artist who one day decided to pursue his true dream, leaving aside his university life in Economics (we left Berlin for a while) is also the master and lord of the Fayer label and promoter of events where his charisma is never lacking. Undoubtedly, one of the current pillars out and grown in electronics in Spain, the result of the desire for the most global electronic scene.

Edu has earned more and more notoriety internationally thanks to his special way of melting emotion, dance synthesis and pop melodies. To limit its sound between the house and the indie, would be to fall short. To show a button: its remix for the theme of the xx Crystalised. That said, not happy to gather good beats and synthesizer sounds, he likes to meet and work with live instruments and of course vowels with their own identity. His particular imprint has so deep that we have already been able to enjoy his remixes for artists as plausible as Maya Jane Coles (You), Metronomy (I'm Aquarius), WhoMadeWho (Right Track) or Hot Natured (Emerald City). Very soon we will have him remixing again to the xx and one of the songs included in the new LP I See You (Young Turks, 2017).

Let us not discard either - they are the path that has led him to work for both renowned artists - his original productions such as Punset, Imberlove and Fade It All Out. Oh, of course, Fayer, voted Best 2014 Theme at the Vicious Music Awards. A year later, in 2015, he won these awards with the Best Artist award. We would never forget that turning point that was The German Dance (Liebe Detail) with Coyu, it was in that year (2009) designated as the Best Track Underground in Beatport, where I also add two consecutive weeks in # 1. Wonderful years those in which his other label, Eklektisch, was also born, also obtaining numerous top positions in the most listened and downloaded lists.

More recently, titles such as Fixing Fires or Bitter Fate should be highlighted, as well as we should begin to keep in mind its next release with Duologue: Underworld.

Let's go with Fayer. Fayer was born at the end of 2012, and he does it spontaneously. Without going any further, its specific origin is following a non-profit party between friends. Quickly 'the family' grew up and had no choice but to move to the Oven room of the Valencian club La 3. Five years later, Fayer has become a brand with the aim of his commitment to be an international benchmark in the always bubbly Electronic music scene.

After reaping one success after another - in the events - in 2014 they decided to move with the project to the Veracruz room (Valencia) and, already in 2016, to the Moon room. Solomun, Jamie Jones, Seth Troxler, Dj Tennis, Maceo Plex, Tiga, Dixon or Âme are some of the renowned artists who have gone through these events, always commanded by the talented Valencian producer Edu Imbernon. The now missing Space Ibiza was also Fayer's house for one night. In this 2017, the fire and music around these parties will take cities like Beirut, Moscow, Miami ... In addition to a Brunch-in the park and the aforementioned and unmissable monthly appointment in the capital of Turia: Valencia.
As for the record branch, it is necessary to affirm that Fayer's objective is none other than to unite genres as disparate as the indie with more electronic trends such as house and techno. Today the label has published material by David August, Agoria, WhoMadeWho, Adriatique, Maya Jane Coles, Cubicolor, Robag Wruhme, The Hacker or Metronomy Almost nothing!

After seven launches already on the market, the achievements already obtained by the label place Fayer as a reference brand to watch closely. If you are curious, and to mention some of these consequences. Fayer already has three # 1 in Beatport, millions of views on Spotify, continuous support from illustrious media such as BBC Radio 1, Mixmag, NME, Earmilk, DIY, Pigeon & Plans, etc. In addition, and could not miss, the heavyweights of the underground dance scene worldwide. 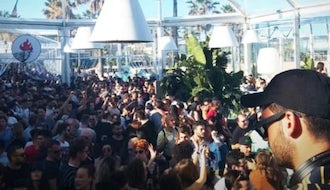 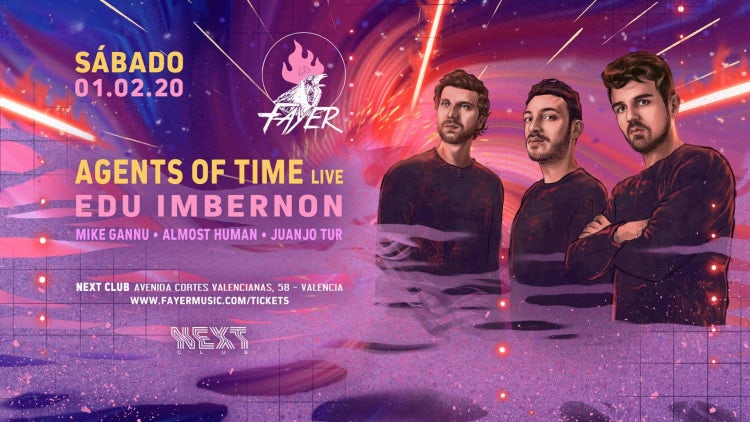 When in 2013 Andrea Di Ceglie, Fedele Ladisa and Luigi Tutolo launched their Agents Of Time project,...

Holiday Eve !!! That means that today he bundles much more than usual on a Tuesday. For this occasio... 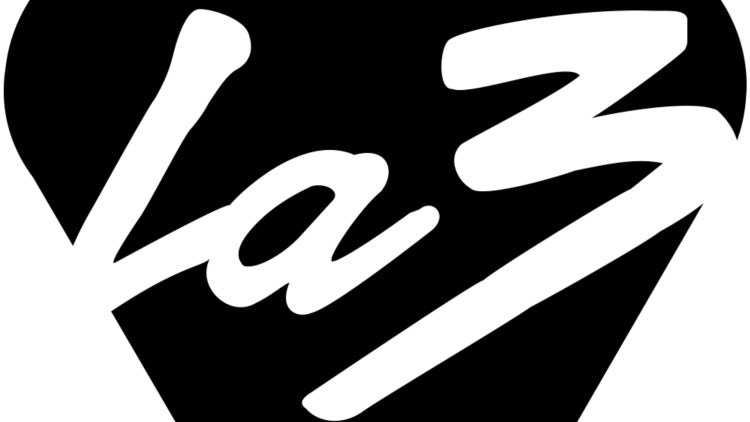 LA3 FIGHTERS COMES BACK !! Battle of DJs of the main clubs in Valencia Genres: Hits,Indie - Rock,Ele... We are celebrating in La3 !! Cebrian turns years and the exams are finished. This party promises to ... 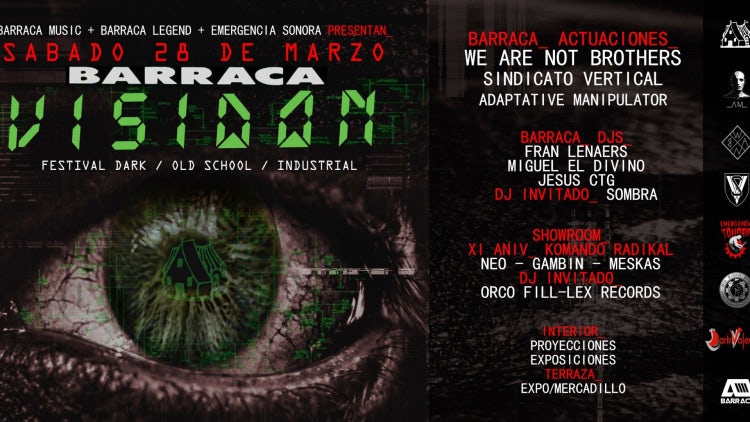 Valencia
View all experiences
from:
$ 11
Sorry, it's sold out