Villahermosa is the capital of the State of Tabasco, known as "La Esmeralda del Sureste" (The Emerald of the Southeast), offers many attractions to visitors on a lush natural beauty, represented in the vegetation of the parks, rivers, and beautiful lagoons.

You will start the tour with a visit to La Venta Park Museum, a symbol of the Olmeca culture and tourist attraction of the city. La Venta archaeological site was located on an island in a swampy near the Gulf of Mexico. Due to the construction of an oil refinery and an airport, big parts of this historical site were destroyed. The very impressive pieces found there have been moved to La Venta Park Museum. The poet Carlos Pellicer Cámara initiated the foundation of this open-air museum in 1952.

36 megalithic stone structures have been transported from La Venta archaeological site and have been erected in the park in Villahermosa. The park museum is surrounded by a zoo, with local animals, such as spider monkeys and jaguars.

Then, you will go towards the interpretation center, and living with nature " Yumká " majestic Ecological Reserve, where you can admire the ecosystem and view the animals in full freedom.

You will return to Villahermosa and enjoy this beautiful city on a city tour by car. At the end of the tour, you will be taken back to the hotel.

You will indicate your pick-up location at checkout. Please meet the guide in the lobby of your hotel

What to remember
Read more
When
Read more
Provider
Encuentro T
Booking fee
Good news! No extra fees are applied to this booking.
Cancellation policy
Receive a 100% refund if you cancel up to 24 hours before the activity begins. 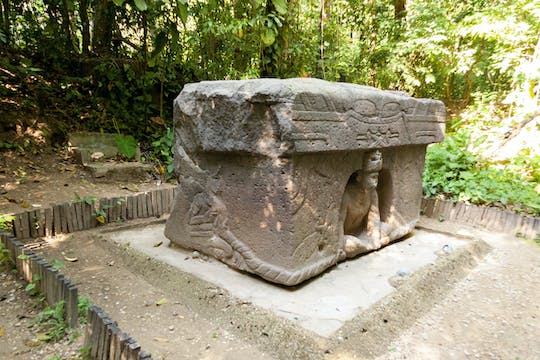 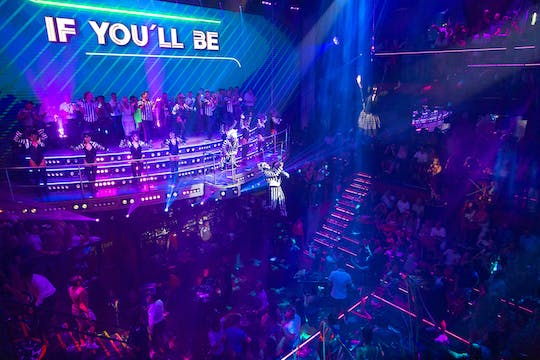 If you're in the mood for a night out with plenty of glitter, glam, music, dancing and VIP entry, look no further than Coco Bongo in Cancun. The average evening here includes acrobat displays, bar-top conga lines and light shows, not to mention DJ sets, live bands, and music from every decade. With a Gold Member ticket you'll be treated to the Coco Bongo VIP experience: no queues, and a prime spot above the crowds for the best view of the show. What's more, you won't even need to wait for drinks, a waiter will come to your table and will bring free local and premium drinks all night. 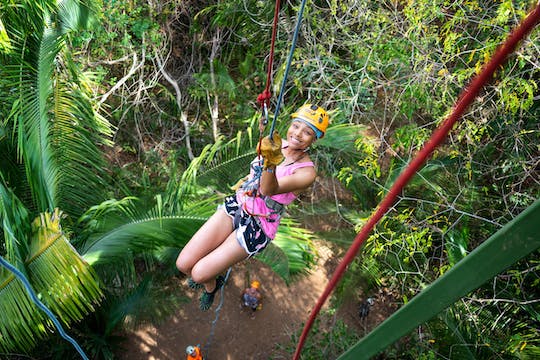 There are seven double-safety ziplines, including Mexico's longest and fastest zipline – the 1,200m-long Superman, which will have you flying along at speeds of up to 100km/h. Yes, almost as fast as the motorway speed limit. This ain't called the extreme adventure for nothing. But it's not all about ziplining. You can go on jungle hikes or try climbing. And then there's the exhilarating off-road UTV jaunt into on a specially designed course. It's a barnstormer. Drop down steep slopes, cross rocky river beds and climb up hills. To top it all off, make a splash on the waterslide. You'll party the night away at Playa Del Carmen's legendary Coco Bongo nightclub, where a Vegas-style extravaganza awaits. With unlimited drinks and a four-hour show featuring dancers, performers, acrobats and singers, you'll be swept away by Coco Bongo's dazzling night-time atmosphere. There are three options to choose from – Open Bar, Gold Member and Diamond Member. Well-known for its glittering musical performances, the show brings the best of Madonna, Michael Jackson and Beyoncé to you. What's more, our Gold Member and Diamond member seating area will be 100% exclusive to TUI on Sundays.

Visit Pantanos de Centla biosphere reserve, and get the chance to explore one of the most important wetland systems in the world! Admire the diversity of fauna and flora that this wonderful site offers. 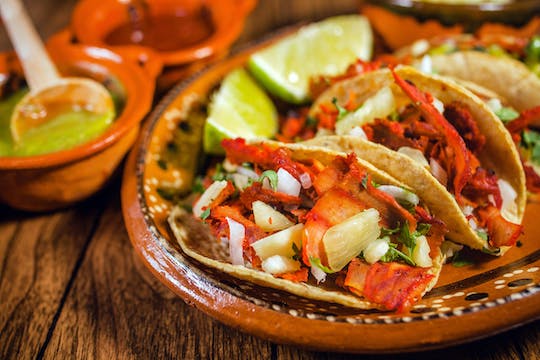 Learn to eat like a local with this taco tasting tour of Playa del Carmen. Experience all the fiery flavours of Mexican cuisine as you wander the produce-laden stalls of the city's central street food market, snacking as you go. You'll stop by several top taqueria shops to try tacos filled with sumptuous slow-roasted pork, lamb and sirloin steak, all made to traditional recipes. After helping to hand-make typical corn tortillas and salsa, try a tot of the local tipple before a decadent dessert surprise. Then you can walk off your fill of food with a shopping trip to the famous fashion boutiques on 5th avenue. The ancient ruins of Chichen Itza are one of Mexico's must-visits. It's an early start, but taking our private tour means you'll be the first to arrive at the UNESCO World Heritage site. Without the crowds, there's even more mystery to monuments like the Kukulkan Pyramid, the Temple of the Jaguars and the sacrifice altar of Tzompantli. Delve into the depths of Zazil Tunich cenote to learn about the Mayan underworld and find stunning stalagmite formations and clear waters in which you can cool off with a swim. Then after lunch in a typical Maya village, you'll see the locals show off their skills in hand-weaving hammocks – an age-old craft.