Explore the main memorial sites in the 'Hero City' of Volgograd during a 3-hour sightseeing tour.

Traveling in a comfortable vehicle you will visit the most interesting places connected with the war. Learn the brutal story of the central railway station during World War II and visit the Square of Fallen Fighters.

Later, see the names of all the heroes of the Soviet Union on the Alley of the Heroes memorial site and travel along the banks of the Volga River.

Meeting point:
Meet your guide at the agreed-upon meeting location. You will be asked to provide your accommodation details during checkout.
What to remember
Read more
Provider
BIENVENIDOSPB TOURS
Booking fee
Good news! No extra fees are applied to this booking.
Cancellation policy
Receive a 100% refund if you cancel up to 7 days before the experience begins. If you cancel up to 4 days before, you can still receive a 50% refund. 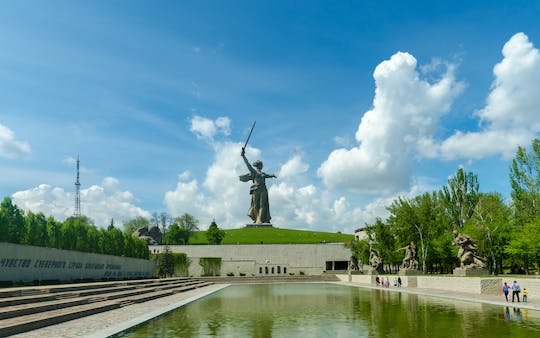 Mobile voucher accepted
from:
$68.00
Sorry, it's sold out
Unfortunately all tickets have been sold out for this event