Half day Lord Of The Rings guided tour in Wellington

Discover the secrets of Peter Jackson's Weta empire and go "behind the scenes" on the Weta workshop on this half day tour. Head for the hills as you depart from Wellington alongside your guide.

After admiring the view of the city and the harbor from the top of Mount Victoria, you'll head into the "Outer Shire" for your first stop at the Hobbit's hideaway.

Enter the Weta Cave in Miramar where you'll tour the museum and shop, before viewing a short documentary, showing the film making exploits of Peter Jackson and his remarkable team. This is followed up with a fascinating 'Window into the Workshop" exhibition, showing film props and weaponary, with the artists themselves describing how the artefacts were created.

Please meet your guide at your preferred pick up location (in the Wellington area), which you will insert at check-out.

What to remember
Read more
When
Read more
Provider
Capital Personalised Tours
Booking fee
Good news! No extra fees are applied to this booking.
Cancellation policy
Receive a 100% refund if you cancel up to 48 hours before the experience begins.

Half day Lord Of The Rings guided tour in Wellington 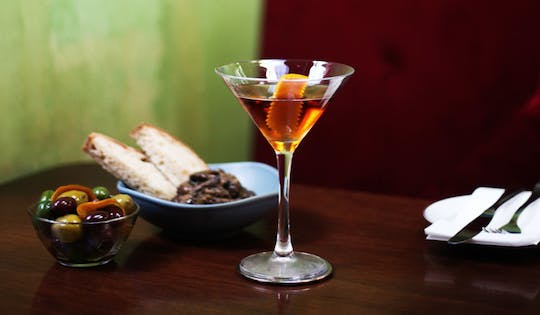 Book a cocktail walking tour of Wellington with us today! Taste four craft cocktails and meet some of Wellington's master mixologists!

Half day guided tour of the Kapiti Coast

Escape Wellington city and experience the Kapiti coast. View a private car collection and decide between visiting the Chocolate factory or Tuatara brewery.

Discover the locally made treats and secret food spots in the Wellington region. take part in a coffee roast and enjoy a chocolate making experience.

Discover Wairarapa as you travel through the typical New Zealand countryside, sample the region's wines and fish'n'chips and encounter a seal colony.

Explore Wellington, see the city highlights and coastline, get a behind-the-scenes tour of the Weta Cave and take a cable car to the Botanical Gardens.