Embark on a private tour of Java's temples and immerse yourself in the island’s historical culture. Prambanan Temple is the biggest Hindu temple in Indonesia which is defined by its tall and pointed architecture. Meanwhile, The Borobudur temple which is the largest single Buddhist monument in the Southern Hemisphere. Learn about the influence of Buddhism and Hinduism in Indonesia as the country with the most Muslim population.

Pick-up from your hotel in Yogyakarta. The pick-up is only from city hotels in Yogyakarta (outskirts pick-up not available). 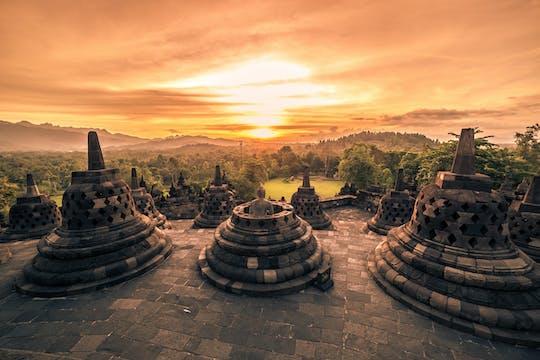 Private Borobudur sunrise tour with breakfast to learn about the influence of Buddhism in Indonesia. Best of Yogyakarta full-day tour to see must-see sites in the city. The Tempels and trek through rice

The Tempels and trek through rice for an active adventurer who loves learning about history. 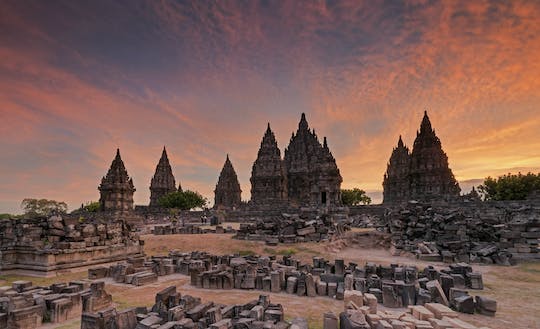 Head east on a hafl-day trip and discover the lesser-known temples of Yogyakarta.