The sands of the High Atlas are sprinkled with silver screen stardust. On this epic tour, you'll travel by 4x4 to Telouet, rumble across the dizzying Tizi n'Tichka mountain pass, and visit the UNESCO World Heritage Site of Aït Benhaddou. It's a blockbuster. This is one of our TUI Collection excursions, which give you a local flavour of the destination while showcasing its unique, authentic and responsible values.

Your 4x4 adventure in the Atlas Mountains kicks off with the ascent to the spectacular Tizi n'Tichka pass, stopping at Taddart and Telouet – a crumbling kasbah on the former caravan route that linked Marrakech to the Sahara. There's a break for lunch en route, too.

Then, at Aït Benhaddou, you'll explore beyond its ksar walls, where Hollywood films such as Gladiator and Lawrence of Arabia were filmed. Its merchant houses are a great example of earthen clay architecture. There's also a pit stop for an authentic cup of Moroccan tea before returning to Marrakech.

Not suitable for guests with limited mobility. Entrance fees to the Telouet kasbah Aït Benhaddou help fund their upkeep and restoration. There's a donation to a TUI Care Foundation-supported project in Marrakech for every excursion sold 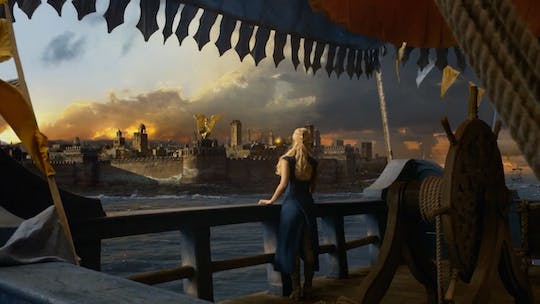 Visit Game of Thrones filming locations in Essaouira from Marrakech

You will depart from your Marrakech accommodation at 8.30 am in a comfortably air-conditioned mini-v... 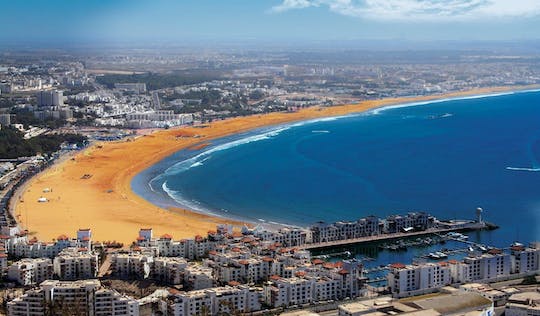 Premium day trip to Agadir including a boat cruise

Meet your private driver/guide at your hotel in Marrakech for an 8:30 am departure and start the 3-h... Kickstart your Moroccan holiday with a visit to the famous and enchanting Bahia Palace, the Menara G...

Ourika is a heavenly valley nestled in the heart of the Atlas Mountains, a magical place with breath... 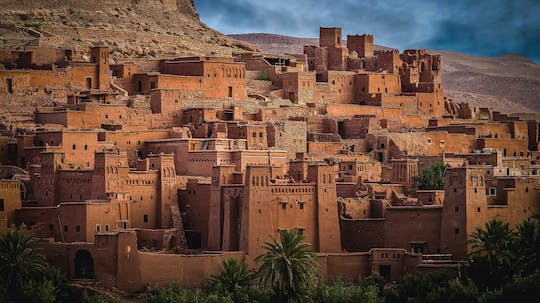 Private day trip to the Ancient Kasbah of Aït Benhaddou

This day trip takes you from Marrakech to Ait Ben Haddou right across the chain of the High Atlas Mo... 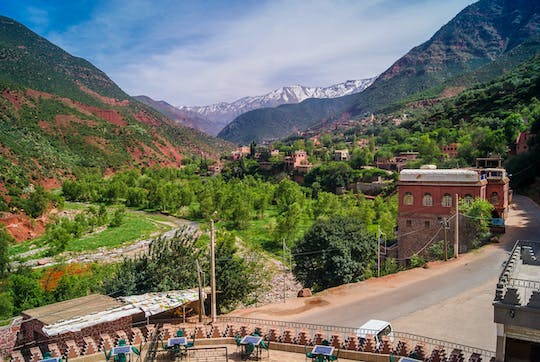 Ourika Valley, at the foothills of the High Atlas Mountains, is only 45 minutes southeast of Marrake...

Exploring the nooks and crannies of Marrakech's Medina makes is a great way to spend an afternoon. E...

Explore the wonderful gardens of Marrakech and learn about their features and history with our exper... 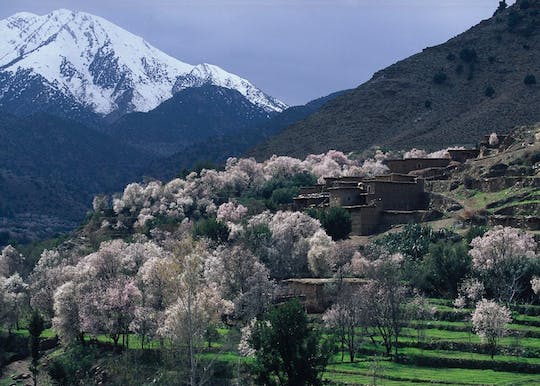 Day Trip to Ourika Valley with hike included from Marrakech

Escape Marrakech to explore the Atlas mountains and see stunning landscapes with the most beautiful ... 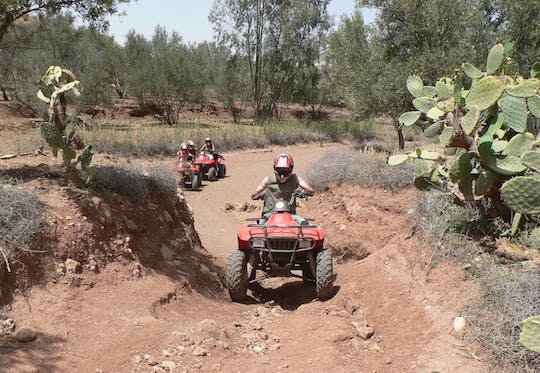 If you want to combine your city stay with a bit of adventure, a quad bike tour through authentic Be...