The volcanic landscape of Sal provides a very special geographical feature – the salt lakes of Pedra de Lume. These lakes – or ‘salinas' – are located in the crater of an extinct volcano and form the lowest point in Cape Verde.

As you enter the waters, you won't have to paddle too hard to stay afloat – the waters are 26-times denser than sea water, so you'll bob around in them like a cork. The Dead Sea is just 10-times denser.

Soaking in this natural wonder isn't the only serene activity on this afternoon excursion – you'll be treated to a wonderfully relaxing spa treatment in the Salinas spa centre before you brave the salty waters. Bring a towel, though – you're going to want to shower all that salt off you before returning to Santa Maria.

Showering in Salinas costs an additional €1

Bring bathing gear and a towel

Read more
Provider
TUI CAPE VERDE
Booking fee
Good news! No extra fees are applied to this booking.
Cancellation policy
Receive a 100% refund if you cancel up to 1 day before the activity begins. 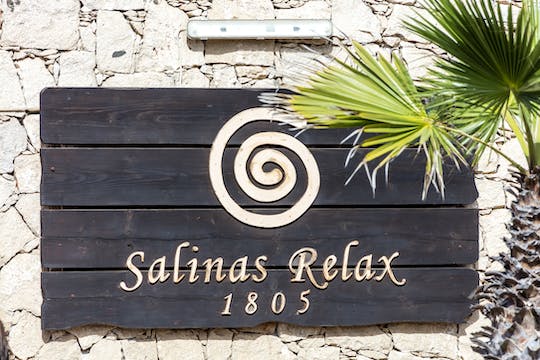 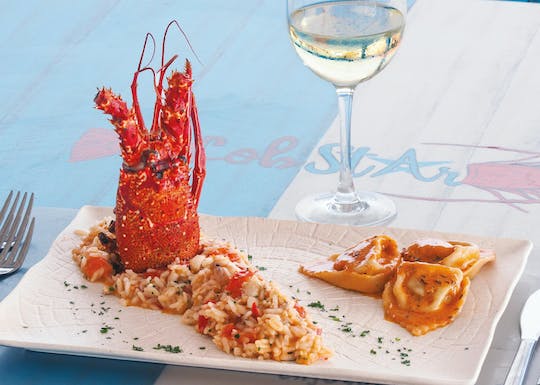 As the name suggests, lobster is the word at LobStar – though wow runs it a close second. You'll be saying it when you set eyes upon it, when you see the views from the terrace and when you are served your Cape Verdean speciality lobster meal – you can choose either lunch or dinner. The restaurant is in a beautiful, rustic stone hut at the foot of the pier where fishermen daily land their catch. LobStar's chefs source their seafood from here – so it's a case of straight off the boat and on to your plate. Wine and live music are included. Meat and vegetarian menus are also available.

free cancellation
Duration from 2 hours to 4 hours
Meal Included
from:
£43.00

The tropical sheltered waters that surround Sal are perfect to learn to scuba dive in. With waters so tempting, you're in just the place to try out scuba diving for the first time. This is the ideal opportunity if you don't fancy signing up for a full course, but you've always wanted to know what it's like to breathe underwater. You'll get to grips with the equipment in a swimming pool, then get comfortable with breathing and moving properly underwater. After this swimming pool instruction and quick theory lesson, you'll be whisked off to the nearby coast where you'll get to put your newly acquired skills into practice on a short sea dive.

free cancellation
Duration from 2 hours to 4 hours
Guided Tour
from:
£68.00 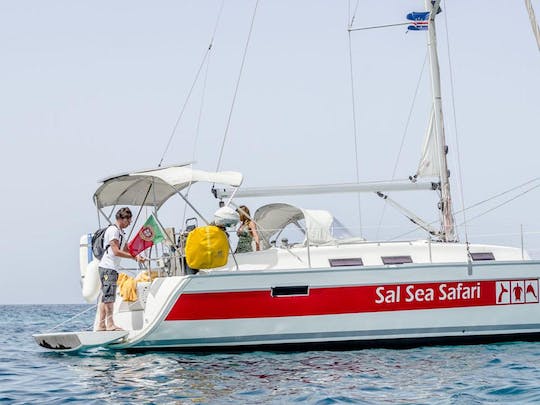 An amazing view of Sal's diverse coastline as you gently cruise the crystal-clear waters of the South Atlantic is what's on offer here. This small group cruise is a morning of exploring the tropical seas aboard your private boat – with some refreshing snorkelling in the mix, too. Carve a route through the lapping waves, navigating around the imposing, rocky headland en route to the postcard-worthy Murdeira Bay. As your skipper drops anchor in the tranquil waters of the sheltered bay, you'll have the option to explore the tropical wildlife beneath the surface by snorkel. A thoroughly relaxing way to spend a morning at sea.

free cancellation
Duration from 2 hours to 4 hours
Instant Confirmation
from:
£61.00 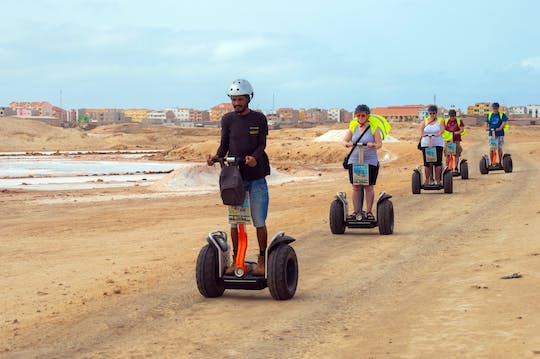 The coast of Sal is ripe for exploring on foot – but even better by Segway™. Save on tired legs and still see all the sights as you zoom around in comfort and ease on these two-wheeled vehicles. After getting to know how to operate your roller in Santa Maria, you'll follow a guide to start your adventure. Both on and off-road, you'll admire plenty of seafront scenery and feel the wind in your hair as you zoom down the Vila Verde coastal path. Gliding along with ease, you'll take in all the points of interest and still have time to relax on the sands of Ponta Preta beach before heading back to base. 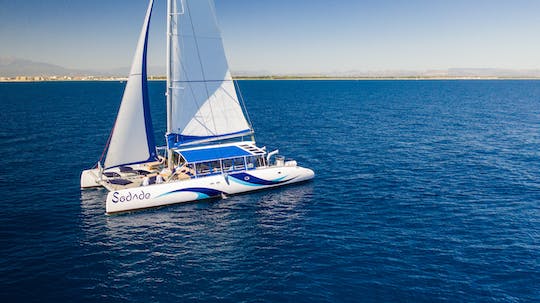 The Sal coastline is a perfect backdrop for a cruise – and this adults-only catamaran trip makes the very best use of it. After pick-up from your hotel, you'll hop aboard a brand-new catamaran and set sail along the west coast. Alongside plenty of room to relax, there's drinks, snacks and local music on offer too, to really get those holiday vibes going. Once we've reached our idyllic spot near Monte Leão, we'll drop anchor to freshen up with a swim and some snorkelling. When we've stopped, you can also head out on to the nets where you'll be able to float above the sparkling water and dry off in the sun. 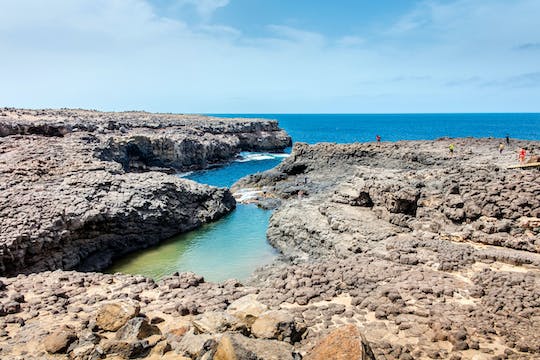 This exclusive half-day tour sees you explore the stark contrast between Sal's desolate inland areas to the white sands of its coast. After a brief stop at Murdeira Bay, you'll set off in a 4x4 to the fishing village of Palmeira. Its palm tree-lined streets are dotted with mural-painted cafes and tiny shops. Then it's on to the Buracona lagoon and the ocean-like sands of Terra Boa before enjoying an elevated view of Espargos, the island's capital. We wind the morning down with a natural spa treatment – by floating in the Dead Sea-like waters of Pedra de Lume.