Seville captures the spirit of Spain like nowhere else. This tour lines up sights like Triana bridge, Santa Cruz, the Royal Palace and Plaza España – as seen in the Star Wars prequel trilogy. Not forgetting the largest Gothic cathedral in the world. What's more, there's free time to explore at your own pace or check out the shops, too.

We'll set off early for the Andalusian capital leaving ample time to discover its world-class monuments. Arriving in the city, you can snap some photos of Triana Bridge arching over the River Guadalquivir, the grand, colonnaded Plaza de España, and the elegant Royal Alcazar Palace – a UNESCO World Heritage Site.

Plus, you'll be able to take a closer look at the impressive Gothic cathedral and amble around Santa Cruz – the old Jewish district laced with pretty plazas, orange trees and patios. And before heading back, you'll have some free time to explore on your own and grab a tapas lunch – and maybe a souvenir or two. 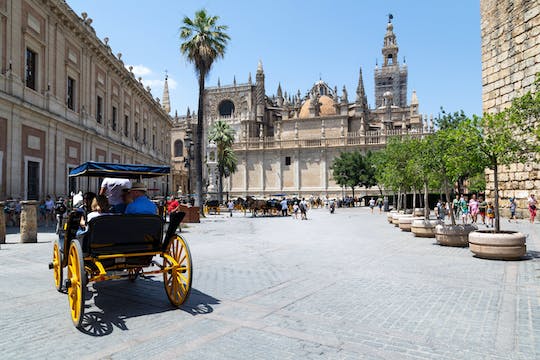 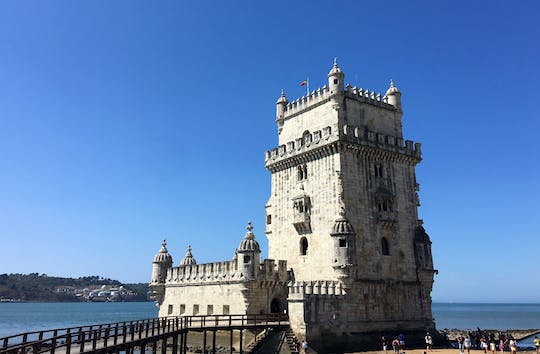 Cross the 25th April Bridge over the River Tagus to the seafront district of Belem. Visit the Jeronimos Monastery and see the Belem Tower and Monument of the discoveries. Taste the traditional Pastéis de Belém. 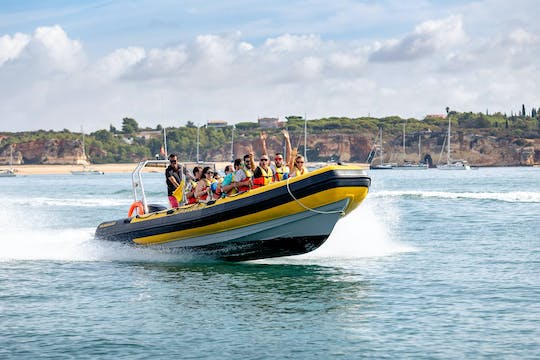 Seeing dolphins in their natural habitat is one of life's special experiences. Observe these fascinating and friendly creatures on this cruise down Portugal's sunny, south coast. Welcomed aboard by the crew, you'll set sail from Portimao harbour. Passing caves, coves and beaches, your knowledgeable skipper knows just where to head. Both bottlenose and common dolphins call this place home and they just love to show off. A captivating Algarve experience. 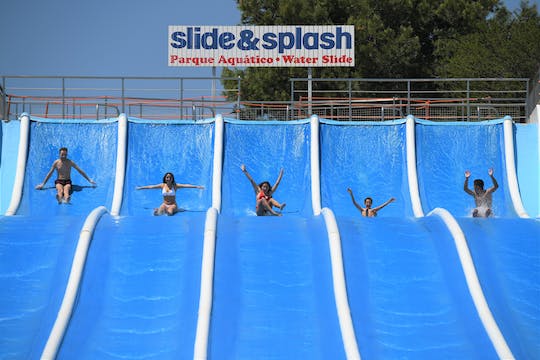 Spiraling chutes, shriek-inducing slides, and plenty of space for you to relax in the sun while the kids have fun. That's what Slide & Splash Water Park in Lagoa is all about. 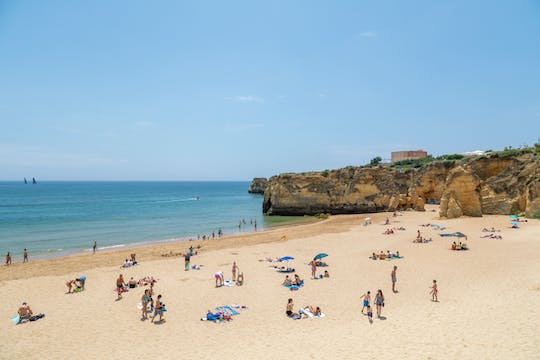 This exclusive excursion gives you the chance to create your own half-day tour in the Algarve. Design your own experience in the Algarve and make sure you don't miss a thing.Ask your TUI Rep to help you create your own tour with all the stops you want to make in the Algarve. You can get in touch with a member of our TUI Experience centre team using the live chat function in the TUI App, too. There are plenty of sights to see and places to visit, so don't miss out on the Benagil Cave or Sagres – known as the End of the world. A visit to a local market in Loulé is a must, as is a drive to the inland areas or Foia, where you'll take in incredible views over the Algarve. You'll choose the stops and your driver will make sure you get there.

Skip the long lines and enter the biggest sand sculpture park in Portugal. Admire almost 90 different sculptures carved in the sand made by 60 different artists worldwide. 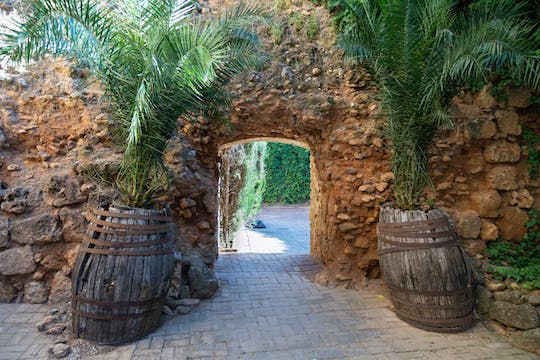 Pockmarked by history-steeped towns and protected wetlands, Huelva is one of the most scenic corners of Spain. And it's right next door to the Algarve. This small group tour takes you across the border to visit historic Niebla, El Rocio religious site and replicas of Columbus's caravel sailing ships.