Join this podcast walking tour and immerse yourself in the 20th century Berlin! You will learn about the events that led to the rise of the Nazi's and will have the chance to visit several significant monuments and attractions. You will visit the Anhalter Bahnhof, an old train station that had an important role in the kingdom of Prussia and the Topography of Terror, a free exhibition on the history of the Nazi's dictatorship.

You will also walk along the Ministry for Propaganda which was headed by Joseph Goebbels and is sadly famous for its cersorship practices. Ar the Memorial to the Murdered Jews of Europe, you will be able to commemorate the victims murdered during the Holocaust. Your tour will end with a stop at the Reichstag, the German house of Parliament.

What to remember
Read more
Provider
Vidi Guides
Booking fee
Good news! No extra fees are applied to this booking.
Cancellation policy
Receive a 100% refund if you cancel up to 1 day before the experience begins. 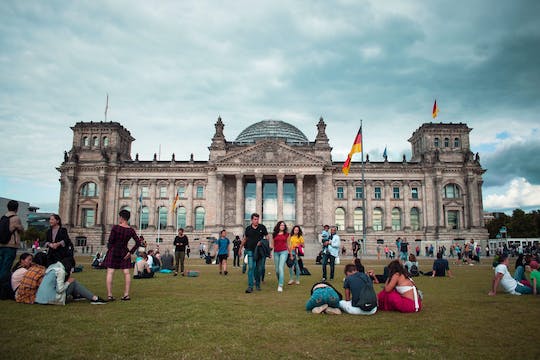