Hop on a ride on the Presporacik Oldtimer all the way to the medieval courtyard of the Bratislava Castle, the symbol of Bratislava, where you will find traces of the Celtic, the Roman and the Slavic cultures. Be enchanted by the greater centre and its historical sites which you most likely won’t have the chance to see walking by foot. You will learn about the uniqueness of the inverted pyramid, fun facts like the place where the first UFO is believed to have been spotted, what the actual name of the President’s Palace is, and much more!

At Bratislava castle you will be seduced by the view on the large city and by a monument which can not be seen during the walking tour.

Comfortably seated under the transparent (or opened) roof of the Presporacik Oldtimer, you will be driven through the old parts of the city situated outside of the former medieval centre and up to Bratislava Castle. The Courtyard of the medieval castle offers a magnificent view over the city and its surroundings, a nice baroque garden and park.

Meeting point:
Take the Presporacik Oldtimer on the side of the square near the historical building of the Opera house
What to remember
Read more
Provider
TOUR4U
Booking fee
Good news! No extra fees are applied to this booking.
Cancellation policy
Receive a 100% refund if you cancel up to 24 hours before the experience begins. 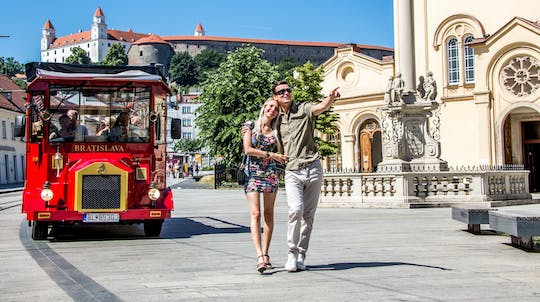 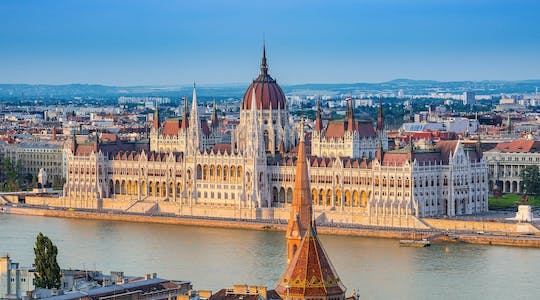 Discover both sides of Budapest on this private 3-hour walking tour. 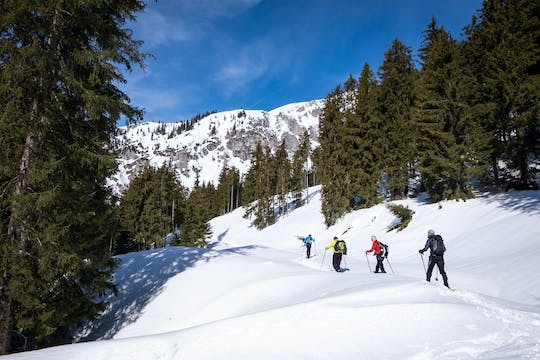 Explore the beautiful Carpathian Mountain range on this private snowshoeing tour from Zilina. Explore Janosik Gorge with a personal guide. 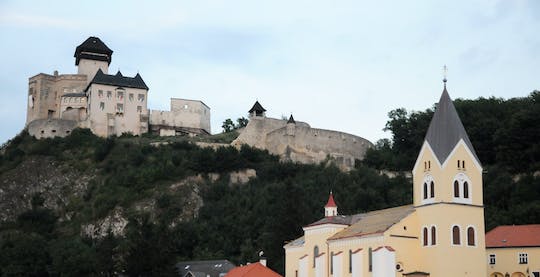 Visit the romantic chateau Bojnice with its beautiful park and enjoy Trencin Castle, the spectacular views and the medieval atmosphere. 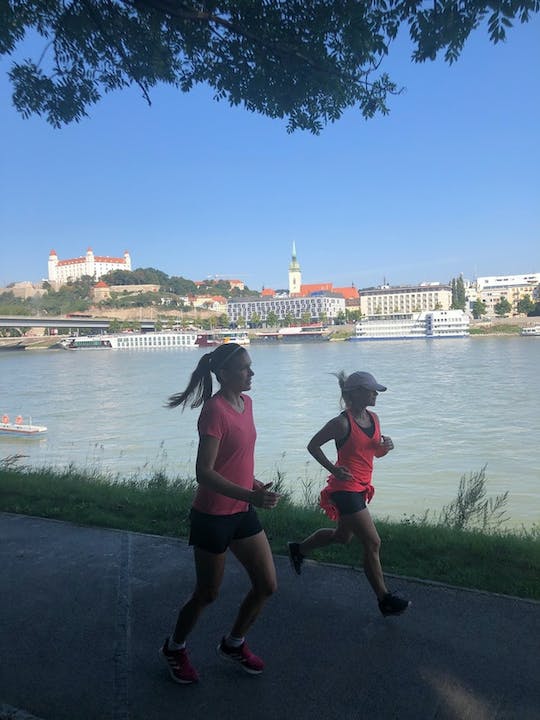 Running tour of Bratislava with a local

Combine your daily jogging routine with the discovery of Bratislava and run through the historical city centre with your local expert guide. 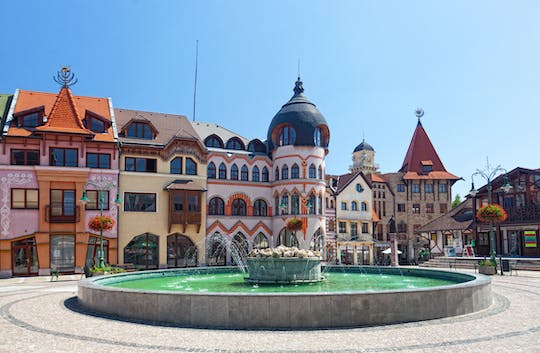 The best of Komarno walking tour

Come along on this 2-hour walking tour of Komarno and discover its top sights! The exclusive tour is only during the Christmas period! This special time brings magic in Levoca.