Be picked up from your hotel and heading to Hue together with your guide, along the North coast of Da Nang to the top of Hai Van Pass where bunkers remaining from the war can be explored. Upon arrival visit the Citadel, Hue’s prime attraction, which contains the Imperial City, the Forbidden Purple City and the Emperor’s Private Residence. Hue Citadel was built from 1804 to 1833 under the Nguyen dynasty (the last feudalist kingdom in Vietnam). The grounds of the Imperial City are protected by 2-kilometer fortified ramparts and ringed by a moat. Inside the Citadel, there is a lot of different construction works such as Imperial City gates, Purple Forbidden City, Temples and places of worshipping, pavilions, gardens, etc.

Enjoy your short break with lunch, after lunch takes a boat trip on the Perfume River with a stopover at Thien Mu pagoda, which is an active Buddhist monastery with origins dating back to 1601. One of its most poignant displays is a car belonging to a former monk, who is 1963, drove to Saigon and set himself alight to protest against the South Vietnamese regime and its cruel treatment of Buddhist monks and followers. From here, we will go to visit the serene Khai Dinh Royal Tomb, designed to blend in with its natural surroundings and built on principles of feng-shui. Drop off at routed hotel in Hoi An city center. End of tour.

Pick-up from hotels in Hoi An city center only (except South Hoi An area such as Duy Hai, Thang Binh, and southwards). You will indicate your pickup location at checkout and confirm the pick-up details directly with the local operator whose contact information can be found in the voucher after booking. 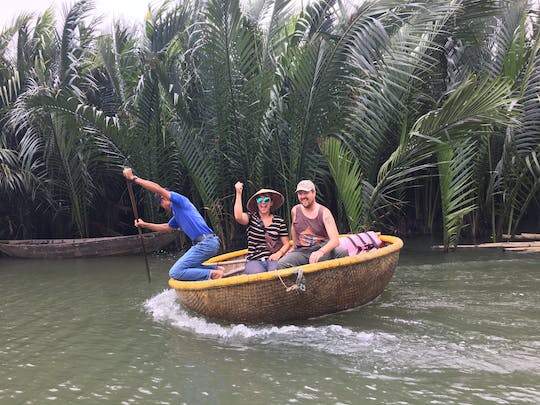 Explore My Son sanctuary a must-visit and Hoi An ancient houses, enjoy the round basket boat ride. Book now this activity and ride on a bicycle to the countryside of Hoi An and taste local food - Cao Lau noodles and learn to make special “white rose” dumpling cakes, and fill up your stomach with Banh Dap and Che Bap. 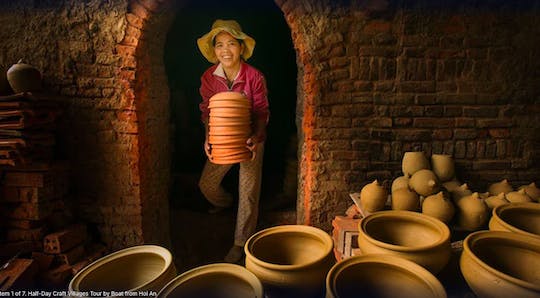 Book a half-day boat tour now and visit craft villages and observe how they make pottery products and wooden fishing vessels. Also visit Thanh Ha Terra Cotta Park Museum to view the history of crafting from the past until the present. A day filled with history, culture and architectural delights. Start the tour at My Son Sanctuary, the capital of the Champa Kingdom from the 4th to the 13th century. Then move on to the delightful Hoi An and its perfectly preserved ancient town dating back to the 15th century. 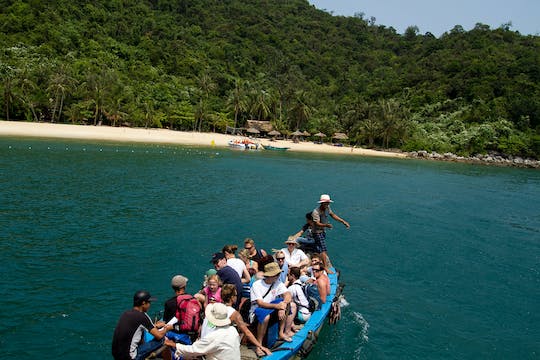 Book this activity now, to swim and snorkel, or sunbathe on a stunning secluded beach.

Hoi An
View all experiences